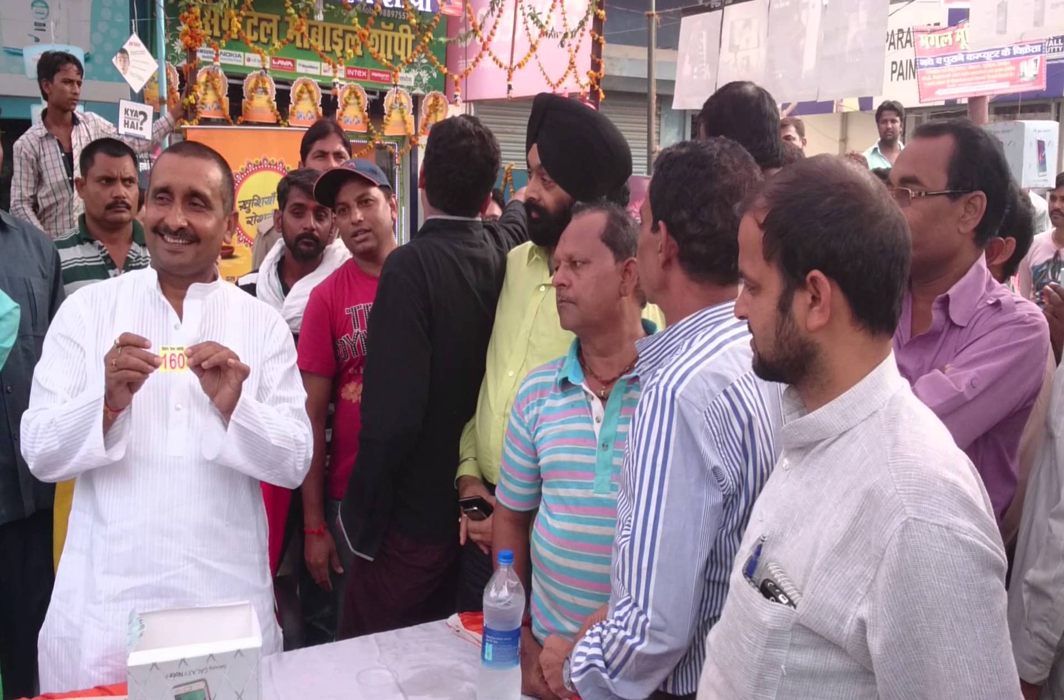 In what could trigger a political backlash for the Yogi Adityanath government in Uttar Pradesh, the father of an 18-year-old girl, who had accused BJP’s Bangermau MLA Kuldeep Singh Sengar of raping her died, in police custody, on Monday (April 9).

The rape survivor’s father had been injured in clashes with Sengar’s supporters earlier. He was taken into police custody after the rape survivor, along with some members of her family, made a self-immolation bid outside the residence of Uttar Pradesh chief minister Yogi Adityanath in Lucknow alleging that Sengar and some of his accomplices had gang-raped her on June 17, 2017. The rape survivor had also claimed that the police refused to take action against the MLA despite her complaints and applications.

Late on Sunday night, the father was reportedly rushed to the Unnao district hospital by the local police after he complained of severe abdominal pain and started vomiting. Early on Monday morning, he passed away while undergoing treatment for injuries reportedly sustained during the clashes.

He was admitted to hospital last night by Police after he complained of abdominal pain & vomiting. He passed away in early morning hours: Dr Atul, District hospital, Unnao on father of rape victim. The victim along with her family had attempted suicide outside CM residence, y'day pic.twitter.com/UqBoSI6EfI

While police sources claim that the rape survivor’s father died of the injuries he had sustained during the clashes with Sengar’s supporters, the incident is certain to give the Opposition parties in UP enough ammunition to slam the law and order situation in the state. That the father died while in police custody, sources say, is likely to lead to the Opposition alleging that the death was the consequence of a common man raising his voice against the powers-that-be in the state’s BJP regime and that the Bangermau MLA used his influence to have the rape survivor’s father eliminated while he was in police custody.

Sengar has, meanwhile, refuted the allegations levelled by the rape survivor, terming them a “conspiracy against me”. He alleged that the girl “was trying to implicate some local youths and I supported them… since then the girl’s family has been out to defame me.” Sengar’s constituency, Bangermau, is located around 90 kms from Uttar Pradesh’s capital, Lucknow.

The Unnao police has claimed that based on the complaint by the girl, a case was registered at the Mankhi police station under Sections 363 (kidnapping) and 366 (kidnapping a woman to compel her for marriage) of the Indian Penal Code on June 20, 2017. Following an investigation, the police added Section 376 D (gang-rape) of the IPC and Section 3/4 of the Protection of Children from Sexual Offences Act (POCSO Act; the girl was a minor – 17-years-old – when she had been allegedly gang-raped) to the case. Three accused – Shubham Singh, Brijesh Yadav Awadh Narayan – were arrested in the case and the Unnao police claims that a charge sheet was submitted in the local court with regard to the case.

However, following the immolation bid by the rape survivor on Sunday, Rajiv Krishnan, Additonal Director-General of Police, Lucknow, had termed the allegations made by her as “very serious in nature” and said that her case was being shifted from Unnao to Lucknow for a fair investigation. He had added that the Inspector General of Lucknow Range would carry out the investigation.

Krishnan said that the rape survivor had also alleged that her father had been thrashed by Sengar’s supporters on April 4, but that the local police lodged a case against her family members instead for the reported clash.