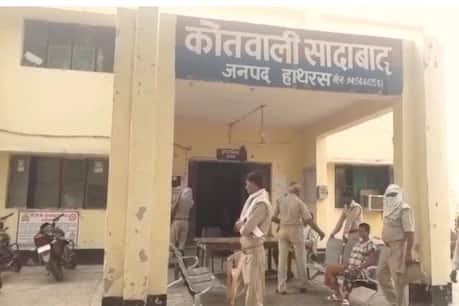 New Delhi (ILNS): The Uttar Pradesh Police has registered 21 FIRs across the state in the aftermath of the alleged gang rape and death of a 19-year-old woman in Hathras. The FIRs have been filed against charges such as defaming the government, inciting communal tension, sedition, promoting enmity, and criminal conspiracy.

“We have registered 21 FIRs in the state, out of which six are in Hathras district. The six main FIRs in Hathras have unidentified persons as accused. The rest of the FIRs in other districts have named persons as accused. Among the FIRs in Hathras, one is against Samajwadi Party and Rashtriya Lok Dal workers for a scuffle with the police while attempting to enter the village. Another FIR has been registered against some Congress members for circulating a video. An FIR at Sasni police station is against Bhim Army members for blocking the road. There was an FIR at Hathras Gate police station where a former MLA had organized a public meeting.”

The first FIR filed at Chandpa Police Stattion in Hathras, has been filed against unidentified persons under section 109 (abetment if the act is committed in consequence and where no express provision is made for its punishment), 120-B (criminal conspiracy), 124-A (sedition), 153-A (promoting enmity between different groups on grounds of religion, race, place of birth, residence, language, etc, and doing acts prejudicial to maintenance of harmony), and four of its sub-sections, 153-B (Imputations, assertions prejudicial to national integration), 195 (Giving or fabricating false evidence with intent to procure conviction of offense punishable with imprisonment for life or imprisonment), 465 (Forgery), 501 (Printing or engraving matter known to be defamatory), 505 (Statements conducing to public mischief), 67 (publishing or transmitting obscene material in electronic form), etc.

The statement issued by the State DGP’s office said the FIR was filed in connection with some fringe elements who tried to incite the victim’s family, put pressure on them and offered them Rs 50 lakh to make false statements, and circulated objectionable audios on social media.

The cases have been filed just a day after UP Chief Minister Yogi Adityanath claimed that the Hathras incident was being exploited by those who were upset at his government’s progress.

The victim was allegedly raped by four men at her village in Hathras district on September 14. She was left with serious injuries. The victim succumbed to injuries on September 29.

The Uttar Pradesh police have claimed that there was no rape and cited a forensic report to attest its version. However, the police’s claim has been questioned by various sections including the opposition leaders who are accusing the Yogi Adityanath government of trying to cover up.

Did you find apk for android? You can find new Free Android Games and apps.
Share
Facebook
Twitter
Pinterest
WhatsApp
Previous article3,500-odd Uttarakhand primary school teachers allegedly in job with fake documents
Next articleSCBA’s letter to SC for the resumption of proximity card for using the Library