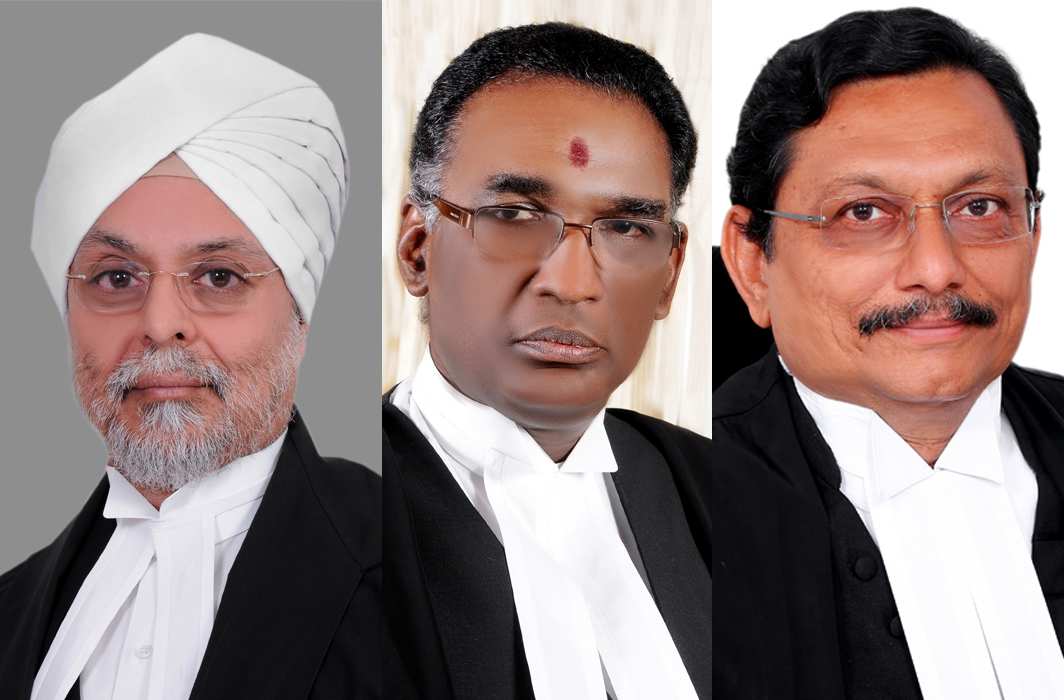 When the nine-judge bench of the Supreme Court on Thursday (August 24) delivered its verdict on privacy being a fundamental right, it referred to a much larger canvas of civil life than the mere inclusion of the biometric details in Aadhaar in all aspects of transactions that the petition was intended for.

In fact, the acceptance that privacy is a part of right to life – which is enshrined in the Constitution of India – recommends a complete change in the outlook of a society which is today in the throes of growing intolerance. It reflects common aspirations as much as it respects a person’s right to preserve his/her private life and private practices – including what he/she eats, what faith he/she wishes to practice and how he/she wishes to conduct life within the four walls of his/her home. This hits the current national political dispensation where it hurts most: in the guts.

At first sight the 547-page judgement (you can read the full order here) would seem to be dealing with the government’s unusual insistence over attaching Aadhaar numbers to all and sundry services. A deeper look will show that this was probably one of the biggest decisions by the top court of the country that has the potential to change the social fabric of the country.

At around 10.40 am on Thursday, the Chief Justice of India, JS Khehar, addressed the assembled legal luminaries present in court and said: “We are all extremely grateful to all of you for addressing us, for the kind of research you all have done.”

This verdict overrules the apex court’s July 19 judgement (another bench) in which it had said that the right was not an “absolute right and the state may use some power to put reasonable restriction”.

Unlike the Triple Talaq issue of Wednesday there was no ambiguity in the order, or any dissention. All the nine judges – CJI Khehar, and Justices J Chelameswar, SA Bobde, RK Agrawal, Rohinton Fali Nariman, Abhay Manohar Sapre, DY Chandrachud, Sanjay Kishan Kaul and S Abdul Nazeer – were unanimous in declaring privacy as a fundamental right.

This would lead to immediate confusion within the administration. The government has been pushing for Aadhaar in availing of social welfare, in opening of bank accounts, in filing of income tax returns (for this linking of Aadhaar with PAN was made essential), in attaching it with phone connections and in many small ways that kept the data security issue open  to hacking. Despite many such incidents happening across the world, the government refused to back down.

On July 19 another bench of the top court had observed: “We live in an age of big data and the state is entitled to regulate the data whether it is for the purpose of regulating crime, taxation or other activities… Right to privacy cannot be so absolute that it prevents the state from legislating or regulating it.”

That judgement, though overruled, held some interesting points as to how the government can control data. It also remains evident that in the case of an emergency (general or financial) many such fundamental rights would be held in abeyance and that is when privacy too would suffer. But till then, this will be victory for liberals in society.

Interestingly, following the judgement, Law Minister Ravi Shankar Prasad attended a press meet and handed out a press release that said that while the current government was always for guaranteeing full rights for its citizens, it was the Congress government that had consistently denied these to the people.

The release said: “The Government welcomes the view of the Supreme Court, which is consistent with all the necessary safeguards that the government has been ensuring in its legislative proposals which had been approved by Parliament.

“The issue of personal liberty had a chequered history during the previous Congress governments. Immediately after the Constitution was framed, the Congress government at the Centre had consistently maintained that personal liberty could be denied to an individual by any legislation irrespective of the reasonableness of that legislation. The Congress governments had consistently argued that privacy was not a part of any constitutional guarantees. In fact, during the internal emergency when Article 21 was suspended, the Central government had argued before the Supreme Court that a person could be killed and deprived even his life (let alone liberty) and he would still be remediless.

“The UPA Government had introduced Aadhaar scheme without any legislative support. It was in that context that the question of the UPA’s Aadhaar scheme was challenged before the judiciary. The NDA Government ensured that necessary legislation was approved by Parliament. Adequate safeguards were also introduced. On 16.3.2016, while speaking on the Aadhaar Bill in the Rajya Sabha, the government through the finance minister, had clearly stated – “Is privacy a fundamental right or not? The present Bill pre-supposes and is based on the premise and that it is too late in date to contend that privacy is not a fundamental right. So, I do except that probably privacy is a fundamental right. Now, where do you fit privacy as a fundamental right? And that is where I want to clear the misconception due to which these amendments which have been proposed. It is contended and broadly it is now accepted that privacy is a part of the individual liberty. So when Article 21 says, “no person shall be deprived of his Right to Life and Liberty without procedure established by law”. Then let us assume that privacy is a part of liberty and no person shall be deprived of his privacy without procedure as established by law. The underlying point is that privacy is not an absolute right. It is a right even in our Constitution. If it is a Fundamental Right under Article 21, which is subject to restriction that it can be restricted by a procedure established by law, that procedure established by law obviously has to be fair, just and reasonable procedure. The case before the Supreme court is you have no law, you have not legislated, you have not laid down any guidelines and you have by an executive fiat created authority where all personal data and biometric information will go. What will that be used for? Is this a fair, just and reasonable procedure?”

“… Today’s judgement of the Supreme Court is a welcome judgement in as much as it strengths the Fundamental Rights and personal liberty. The judgement reads that personal liberty is not an absolute right but liable to the restrictions provided in the Constitution which will be examined on a case to case basis. The Government is of the clear opinion that its legislations are compliant with the tests laid down in the judgement. The Supreme court has stated that ‘…requires a careful and sensitive balance between individual interests and legitimate concerns of the State. The legitimate aims of the State would include for instance protecting national security, preventing and investigating crime, encouraging innovation and the spread of knowledge, and preventing the dissipation of social welfare benefits.’ The Government is committed to this object.”

In dealing with the complex issue, the bench took into account several philosophical pronouncements. Among them was an article written in 1890 in Harvard Law Review by Warren and Brandeis, the inference from which was that “The right ‘to be let alone’ thus represented a manifestation of “an inviolate personality”, a core of freedom and liberty from which the human being had to be free from intrusion.”

Justice Kaul wrote: “Let the right of privacy, an inherent right, be unequivocally a fundamental right embedded in part-III of the Constitution of India, but subject to the restrictions specified, relatable to that part. This is the call of today. The old order changeth yielding place to new.”

That possibly summed up the sum and substance of the feeling of the bench, the technicalities apart.

Quite like the forced imposition of Aadhaar on the populace of the country, this liberating experience will also come with pains and problems. But change is being the only constant in this universe, there is a lot to look forward to from this historic judgement.