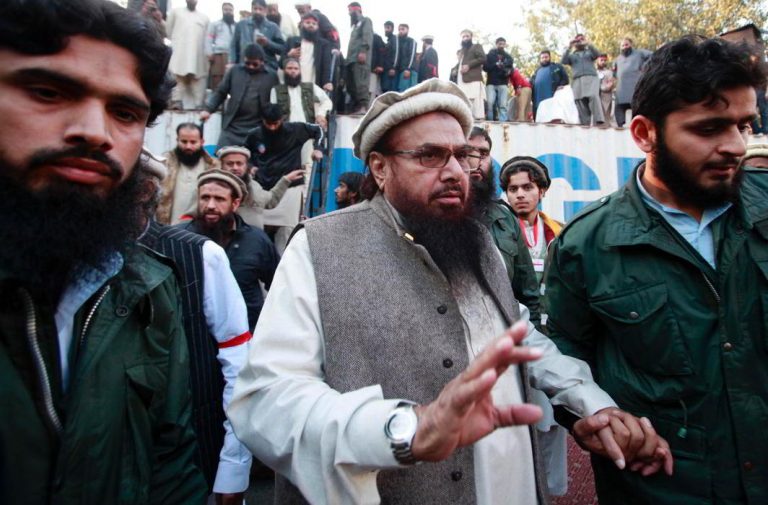 The United States has expressed deep concern at the release of 2008 Mumbai terror attacks mastermind Hafiz Saeed, on Friday (November 25) calling for him to be arrested and charged for his crimes.

The Jamaat-ud-Dawa chief walked free from his 300-day house arrest on Friday after a review board of the Lahore High Court refused to extend his detention as the Pakistan government failed to convince the court that his release would invite diplomatic and financial hardships for the country.

The press statement released by US Department of State spokesperson Heather Nauert said that the US is deeply concerned at the release of Lashkar-e-Tayyiba (LeT) leader Hafiz Saeed. The statement went on to say that the LeT is a designated Foreign Terrorist Organisation which was responsible for the death of innocent civilians including American citizens.

“The Pakistani government should make sure that he is arrested and charged for his crimes,” read the statement.

The US, since 2012, had announced $ 10 million for information that brings Saeed to justice. “LeT and several of its front organizations, leaders, and operatives remain under both State Department and Treasury Department sanctions,” read the statement.

The United States Department of the Treasury, in May 2008, had designated Saeed as a “Specially Designated Terrorist” under the Executive Order 13224. Not just the US, but the United Nations had also individually designated Saeed under the UNSCR 1267 in December 2008. This was following the 26/11 Mumbai terror attacks which claimed 166 lives, including six American nationals.

Saeed, right after his release had said that he will continue to work for the cause of Kashmir. He said that his only crime was that he wanted Kashmir’s freedom from India and he was arrested for the same.

“I am not struggling for any personal gains. My struggle is aimed at safeguarding the interests of Pakistan. I want Kashmir’s freedom from India and this is my crime. I was arrested for it,” he had said after his release.