America exited the Great Depression of 1929 because President Franklin Roosevelt’s bold New Deal approach made the federal government the dominant force in governance. 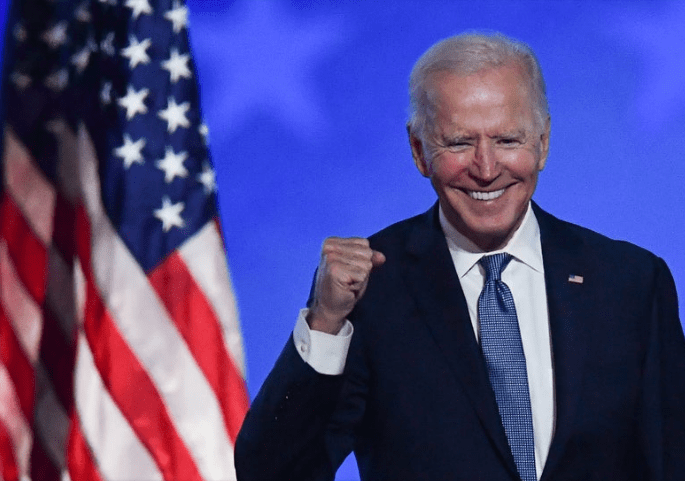 by Kenneth Tiven in the US

The just passed $ 1.9 trillion US Stimulus Package will have a profound impact on the shape and behaviour of political life in the decade ahead. US relations with other global players such as India, China and Russia will change while the USA-European relationship will return to a more traditional track after going off the rails under President Trump.

America exited the Great Depression of 1929 because President Franklin Roosevelt’s bold New Deal approach made the federal government the dominant force in governance. The Biden Administration is off to a fast start along a similar trajectory with government programs that focus on the bottom half of the population and will significantly reduce child poverty. It does very little for big business and much less directly for the wealthy 10% of the people in the USA.  In fact, a trio of little-noticed tax hikes on the super wealthy and big corporations are in the latest stimulus package passed by Congress yesterday. The $60 billion these will theoretically bring to the Treasury help keep the Relief package within the $1.9 Trillion dollar price tag agreed upon. One takes away deductions for publicly traded companies that pay top employees more than $1 million. Another provision cracks down on how multinational corporations do their taxes. A third targets how owners of unincorporated businesses account for their losses.

Officially called the American Rescue Plan, it passed with NO Republican votes in both houses of Congress. It is a tremendous victory for President Biden and gives him the financial weapons needed to help families and small businesses over the next year going into the period before the 2022 midterm election. Combined with the positive impact of vaccination programs that are slowing COVID-19’s spread, pundits are talking about a booming economy as a “new morning in America,” which is what President Reagan promised as a Republican 40 years ago but never quite delivered. In fact the Reagan Republican philosophy metastasized into a hard-edged right wing approach based on the writings of Ayn Rand and Libertarian political philosophy that each individual is responsible for himself alone.

It will not be clear for some time if this delivers an American Revolution. Republicans across America at the state level are so concerned that are actively legislating to make it harder for people to exercise their right to vote. This is a rather obvious reaction to misunderstanding the political delusions of Donald Trump and his voters. While president for four years he failed to earn even a 50% favorable rating before the pandemic sank his reputation as a leader. In the ensuing election Democrats gained control of the White House and both Houses of Congress and are driven to undo the Trump vision, amplified by the insurrection at the Capitol by Trump supporters. After Trump won in 2016 Republicans were quick to embrace the taunt that elections have consequences. Now that the electoral shoe is on the other foot the proof is that consequences flow in both directions.

There is a good deal of premature enthusiasm in America because some of the pandemic responses are being lifted, despite concerns about viral variants and super-spreader events.  Yet, the positive impact of the rescue plan is clear, sending $1,400 checks to adults who earn less than $80,000 a year. Most people in this category initially received checks for $600 from the Trump Administration. In the new plan a family of four would receive $2800 for the parents and $2800 for the two children under 17.  This is not taxable income. For many families where paychecks disappeared and unemployment compensation was either low or unavailable, this is welcome relief.  About 40% of US families live in rental housing so for some landlords who haven’t collected rents for month, this is welcome news.

But more startling is the inclusion of family tax credits for children for the next 12 months amounting to about $3600 per child. A family making at or below the poverty level and paying no federal income tax would receive cash instead of a tax credit. This is going to be a difficult program for Republicans to oppose when renewal comes up in March of 2022, eight months ahead of national midterm elections. Family grants as a national policy have long been ought by progressive politicians, quick to note this is quite usual in many nations. It could cut child poverty in half.  This sort of cash infusion into communities does more than help the family as it drives businesses and services of all sorts– and cements the perception that Democrats help people. House speaker Nancy Pelosi, a Democratic leader, commenting on the absolute lack of Republicans voting for this legislation, commented, “That’s unfortunate, as I said, they’ll take some credit for it in their districts.”

Republicans opposed many aspects of the legislation arguing that, for example, providing $350 billion in aid to states and cities despite the fact that widespread fears of state tax revenues suffering severe declines turned out to be overstated. Of course tax revenue did fall, while many state expenses soared in some categories. The revenue from running transportation systems took a serious hit when workers stopped commuting to offices, but expenses continued. “With the stroke of a pen, President Biden is going to lift millions and millions of children out of poverty in this country,” Representative Rosa DeLauro, Democrat of Connecticut, said. “It is time to make a bold investment in the health and security of the American people — a watershed moment.”

Democrats have a strong sense of human rights as a component of foreign policy and China is feeling this change regarding both Hong Kong and the Uighur population. The Biden team has made it clear, however, it does not want to combine domestic economic issues with international human rights issues this early in its term. While Republicans argued the plan was unaffordable, polls indicate that it had widespread support from 70 percent of Americans according to a Pew Research Center poll this week. The Biden Administration says this is the sort of bipartisanship that it suggests the correctness of what it is doing.