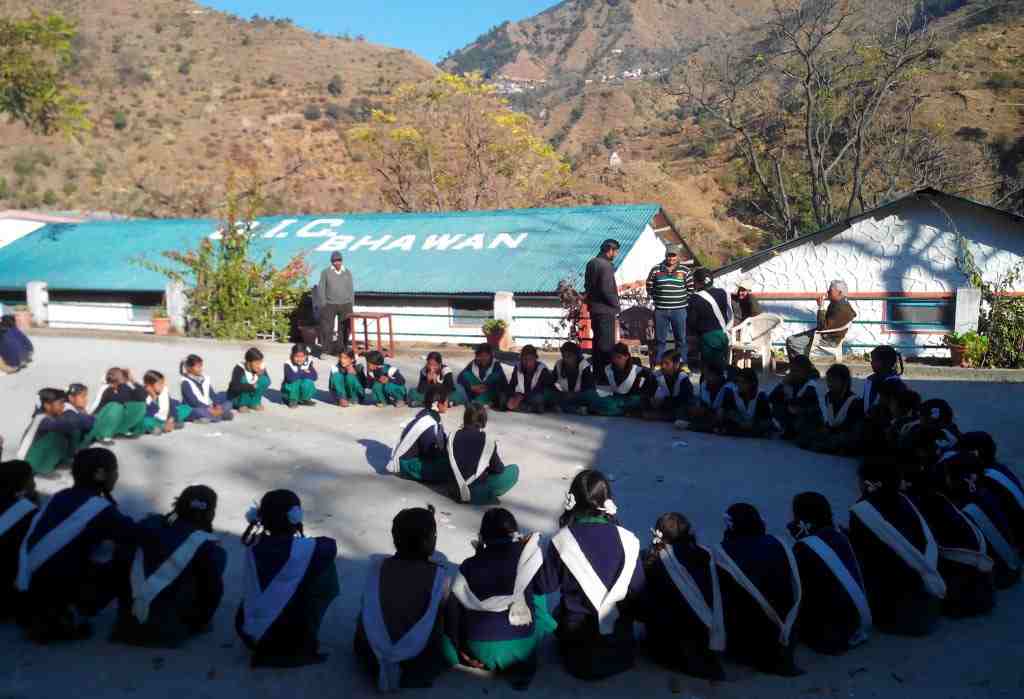 Above: A government school in Uttarakhand. Photo: uttarakhand.org.in/Sanjay Nautiyal

The Uttarakhand High Court has come down heavily on the state administration for not being able to provide even the basic amenities to schools of the state. About a week back the court had ordered that all basic facilities be provided immediately and that the state government shall not be allowed to buy luxury items such as cars and air conditioners till such facilities are provided.

On June 30 the court issued another, subtle warning, reminding the state government that in the case of a total absence of funds (as the state government has been claiming) the President might wants to impose Article 360, pertaining to financial emergency on the state. That will also entail cutting of salaries of government employees.

Revealed in a PIL by Dehradun’s Pankaj Rana, it was seen that even basics such as girl toilets had not been provided, apart from no desks, chairs and other essentials.

A division bench of Justices Rajiv Sharma and Alok Singh observed: “The dearth of funds cannot be permitted to come in the way of implementation of [the] judgment [of November 19, last year]. We in a very subtle manner remind the state government of Article 360 of the Constitution of India.”