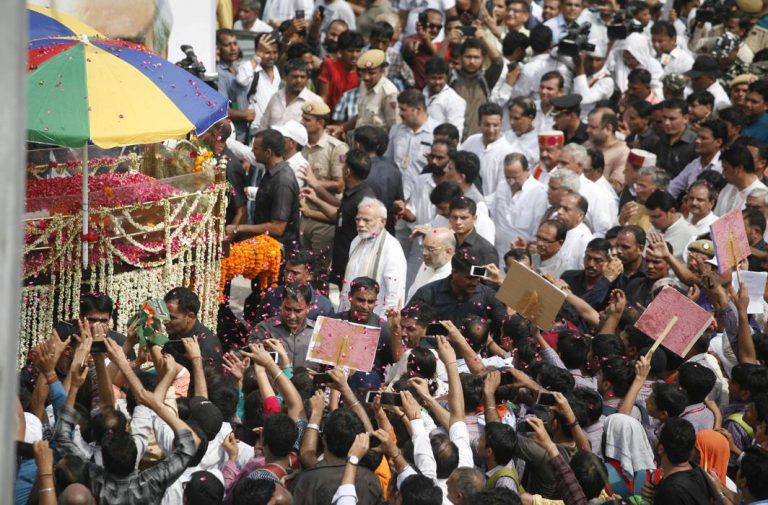 Thousands walked with the cortège carrying the mortal remains of former Prime Minister Atal Bihari Vajpayee to his final resting place, Smriti Sthal on Friday (August 17) afternoon. In the walk were Prime Minster Narendra Modi and BJP President Amit Shah (Anil Shakya’s picture above), along with a host of dignitaries who have come down to mourn the death of Vajpayee. The body of the late Prime Minster was carried on a military gun carriage as per state funeral tradition.

Bhutan’s King Jigme Khesar Namgyal Wangchuk is here to pay his respects and condolences have poured in from heads of states around the world.

The mortal remains of Vajpayee halted at the BJP Headquarters in Delhi.