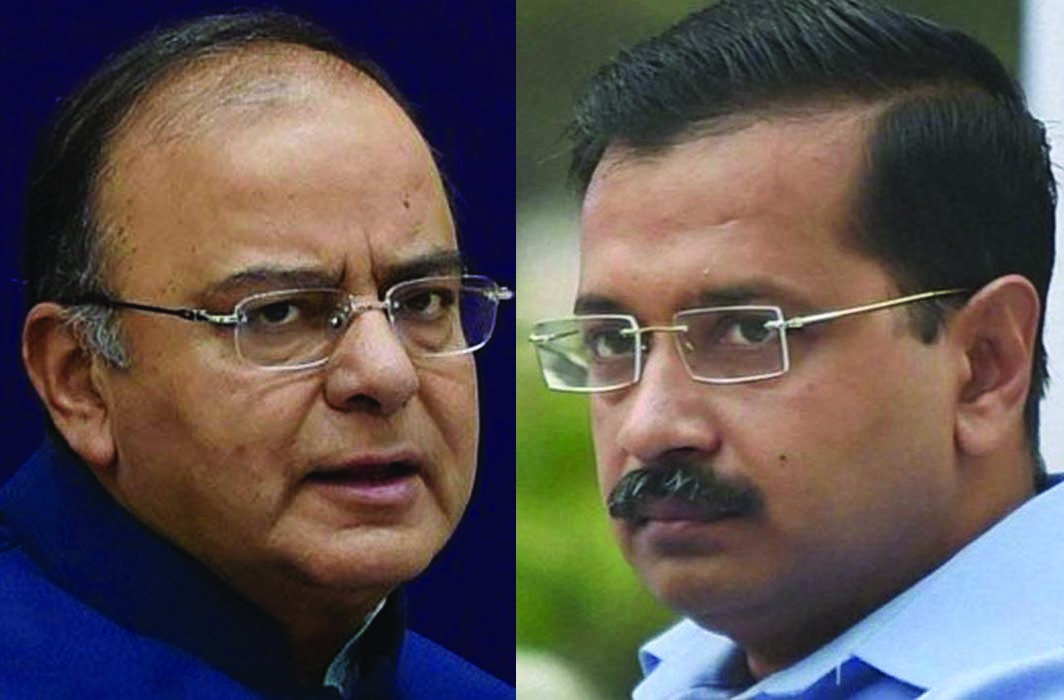 On the second day of the fresh cross examination of finance and defence minister Arun Jaitley by Delhi Chief Minister Arvind Kejriwal’s counsels—senior advocate Anup Chaudhari and advocate Anupam Srivastav—Jaitley said in reply to a question that Congress MP K Venugopal’s comment about the DDCA on the floor of the Lok Sabha was no more than a “deliberate” attempt at creating a “false controversy in the media against me.”

The Delhi High Court is hearing a Rs 10 crore libel suit that Jaitley has filed against Kejriwal and other members of the Aam Aadmi Party (AAP) for alleging that Jaitley had a hand in the corruption scandal that has rocked the DDCA.

The counsel’s question No. 8 was: “K Venugopal, Member of Parliament, in his statement on December 2015 cast direct allegations by name on you alleging that you were responsible for irregularities in the DDCA.”

Jaitley replied: “The defendant on account of the deliberate action has succeeded in creating a false controversy in the media against me. Consequently, the issue was raised in the Lok Sabha by Shri K Venugopal a political opponent and I immediately rebutted the same.”

Q 9: “Are you suggesting that the allegations of K Venugopal were not independent in nature?”

Jaitley: “I do believe so because these were raised two years after I left the DDCA.”

Q 10: “Do you have anything concrete or any evidence that Venugopal’s allegations made on the floor of the House of Parliament is not an independent allegation?”

Jaitley: “From 1999 till date I, being a part of the House of Parliament, neither disturbed K Venugopal or any other to raised this issue against me. It was only raised by the defendant (Arvind Kejriwal) in December 2015, subsequent to the actions of the investigation agency.”

Q 12: Did you, Mr Jaitley, as your statement in your rebuttal on the floor of the House of Parliament, state what you have stated in court in answer to the previous question?”

Jaitley: “My object was to rebut the falsehood said by K Venugopal. From where these allegations were generated is an issue before the parliamentary committee.”

The counsel then suggested that Jaitley had not stated the same rebuttal before Parliament because no actual answer exists.

Jaitley quietly replied: “Your suggestion is incorrect. There is limited time to respond in Parliament to just state the facts rather than get into a debate over it.”

Q 14: “Have you ever stated this content of the your answer to the media?”

Jaitley: “Since I have moral courage to rebut Mr K Venugopal on the floor of the House, it is not necessary for me constraint my energy (in an) otherwise incidental issue.”

Then came the other charge, as was stated on Monday as well. The counsels pointed out that Congress members Mallikarjun Kharge and Gulam Nabi Azad had also made allegations against Jaitley regarding the DDCA on December 16 at a press conference?

The counsels also asked about statements made by Kirti Azad who was also in the DDCA and was also a ruling party MP Jaitley said there was “no evidence or material against me on the record.”

More questions were asked about how Azad presented a video then a CD citing irregularities within the DDCA, but Jaitley refuted all, saying “general members suggested changes and they were entitled to do so.”

Jaitley also said that facts were “incorrectly interpreted” by Venugopal and Azad. “A false complaint was filed against some office bearers in relation some cricket club. That the association had not committed wrong. The owners of the club changed their position. I have brought this to the notice of the police commissioner.”

Another question was direct: “I suggest that 2,000 tickets of the club house distributed as complimentary passes during the India vs Zimbabwe Test match held on November 18-22, 2000 at Firoz Shah Kotla ground Delhi, when you were the president of the DDCA, amounted to great financial loss because of such a huge number of complementary passes being distributed. What you have to say?”

Jaitley: “I have no knowledge of this question or to its reply. I was never the in charge of distribution or sale of tickets. However, it is in my knowledge that when international cricket matches were held, there wasn’t always a practice even prior to my office bearer that complementary tickets to each member of the association additional to former cricket players, sponsor of cricket match were also sent as complementary. There is also a practice that various govt agencies those helped in the conduct of the matches Delhi Police, traffic police, fire department and the MCD, entertainment department and the tax department demand complementary tickets. This practice as per the association decision always existed.”

Further cross examination is on October 30.