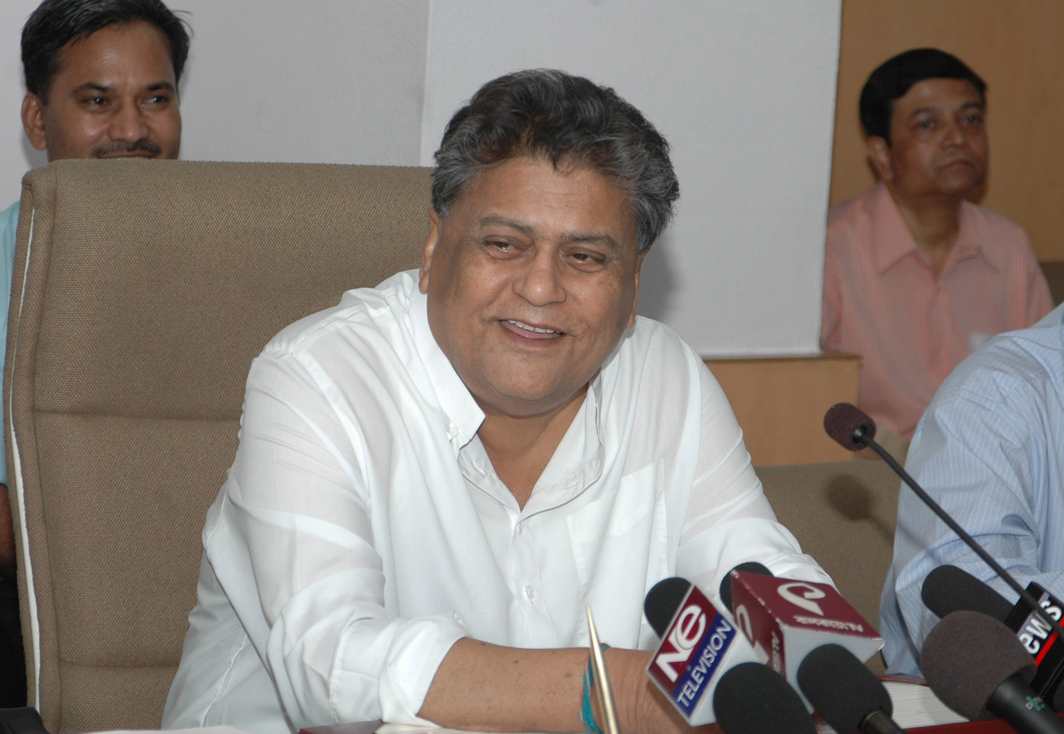 Above: Dev was a pillar of support for the Congress in Assam and Tripura. Photo: Photo Division

The former union minister had great knowledge of and influence on the intricate politics of the north eastern region, especially the tribal areas

Santosh Mohan Dev, a veteran Congress leader and a pillar of support for the party in Assam’s Silchar as well as Tripura, died at a hospital on Wednesday (August 2). He was 83.

The former Union heavy industries and steel minister and seven-time MP from the area died in a local hospital. His daughter, Sushmita Dev, also an MP, tweeted: “Nothing could have prepared me for this moment. I lost him at 6.06 am today (Wednesday). Thank you, everyone, for your prayers, your love for him,” as per agency reports.

Apart from heavy industries and steel, Dev had also held the post of Minister of State (MoS) for Communications from 1986 to 1988 and was MoS for Home between 1988 and 1989. It was during the PV Narasimha Rao government in 1991 that he got independent charge of Steel.

Prime Minister Narendra Modi has said: “Saddened by the passing away of Santosh Mohan Dev. He was a veteran political leader who worked extensively for the welfare of people. My thoughts are with the family and supporters of Santosh Mohan Dev in this hour of grief.”

Congress President Sonia Gandhi said: “In a political career spanning five decades, Dev held numerous crucial political assignments in the Congress party and in the government, including that of a union cabinet minister. His immense contribution to building the party in the Northeast, right from the grassroots level, would always be remembered.”

What Sonia was talking about was the other side of Dev that the Congress benefitted from. Dev had great knowledge of and influence on the intricate politics of the north eastern region, especially the tribal areas. Apart from his ministerial work, he also delved in issues such as the Bodo agitation that took shape at the time. With the usual Congress method of neglect growing in contentious areas, Dev was asked to step in and provide appeasement with money.

This correspondent had been around when hard cash was dumped on the movement and dissent soon dampened. Dev was instrumental in bringing civic relief, albeit through means that would not have any lasting effect. However, as long as Dev was active—in the latter stages of his life he somewhat withdrew from public life, leaving the political work mostly to his daughter—he wielded the great influence that his family had in the area in containing any form of dissent. Unfortunately, such methods of containment, over time, yielded to more dissent and ulterior motives of the Congress in keeping dissent alive in the area were alleged, though never proved.

Technically, Silchar remains an underdeveloped town, with little communication and sparse facilities for the public at large. This correspondent had been around in the town during Dev’s heydays, when the water supply of the town was so putrid and dangerous that this correspondent was tied to bed with blood dysentery. Doctors diagnosed the water supply of the town as the culprit. Diseases were rampant and the presence of an important Union minister in the town was barely noticeable.

What Dev did excel in was in the inside working of the party, specific to his area, where he held sway on several counts. He managed intricate small fiefdoms of minor leaders with aplomb, but he was more adept at knitting into his design the presence of senior Congress leaders from New Delhi. Back home in Silchar, this was a large selling point for influence-garnering.

He hailed from a freedom fighter’s family. He was a third generation Congressman and his father Satindra Mohan Dev was a freedom fighter of repute and was close to Jawaharlal Nehru, being jailed more than once for his opposition to British rule, while his grandfather Kali Mohan Dev was also an active member of the Indian freedom struggle and a member of the first ever Silchar Municipal Council in 1913. That had installed his family as virtually the first family of Silchar. His sphere of influence was so immense in that area that he became one of the rare cases where he was elected as MP from two different states—Assam and Tripura—and he did use his influence to stymie popular uprisings in the area with ease.

While tensions have remained in the area, the pipe-chewing, suave image of Dev will remain imprinted in the minds of many who have known him. He was the quintessential Congressman as history in India has recorded. They don’t make any like them anymore. Not in the Congress.