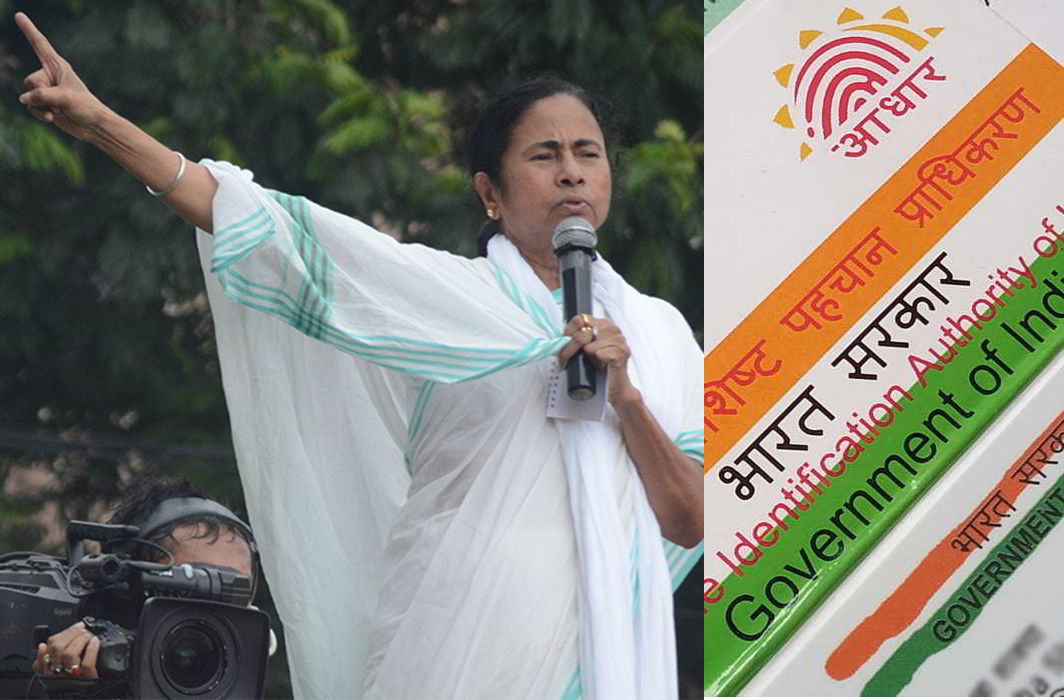 How can a state challenge the Parliament’s mandate? asks Justice Sikri; the CM should file as an individual

Despite the services of senior advocate Kapil Sibal, a veteran of many a battle, the West Bengal government’s appeal to the Supreme Court regarding the linkage of Aadhaar was not entertained by the Supreme Court on Monday (October 30) on a technicality. It will be re-submitted with amendments.

At the same time, the Supreme Court bench of Justices A K Sikri and Ashok Bhushan, accepted a plea by advocate Raghav Tankha (filed against the Union of India) seeking a direction to the Department of Telecom and to various telecom operators to stop misleading the public as to the requirement of Aadhaar being the only means of authentication for proof of address by an erroneous and malafide interpretation of the Supreme Court order in the Loknithi Foundation Case.

The bench issued notice to the government on the second plea, asking the Centre to explain why Aadhaar should be linked to mobile phones.

When Sibal appeared as an intervenor for West Bengal Chief Minister Mamata Banerjee and the government, Justice Sikri, raised an objection, saying: “This is a matter of the State of West Bengal. The state cannot challenge the law on its own. The secretary for the state should come as the party and more specifically, Ms Mamta Banerjee should file the petition (as an individual).”

Justice Sikri asked: “In a federal structure, how can a state file a plea challenging the Parliament’s mandate? We know it is a matter which needs consideration, but you satisfy us how a state can challenge it?”

Senior advocate Sibal argued, saying: “This petition from my side is on the behalf of the labour department of West Bengal. It raises a public interest issue in regards to distribution of subsidies to targeted children.” Sibal also requested the court for time to file an amended petition.  The court agreed.

A bill for Aadhaar seeding with PDS distribution is to be tagged along with this amended application.

The petition filed by advocate Tankha also seeks a direction to the Telecom Service Providers’ to stop advertisements as well as SMS, thereby misleading the citizens by misinterpreting the Supreme Court order.

The petition has been filed through advocate Pragya Baghel against the telecom operators Vodafone, Bharti Airtel, Idea, Reliance, Department of Telecommunication and Unique Identification Authority of India (UIDAI).