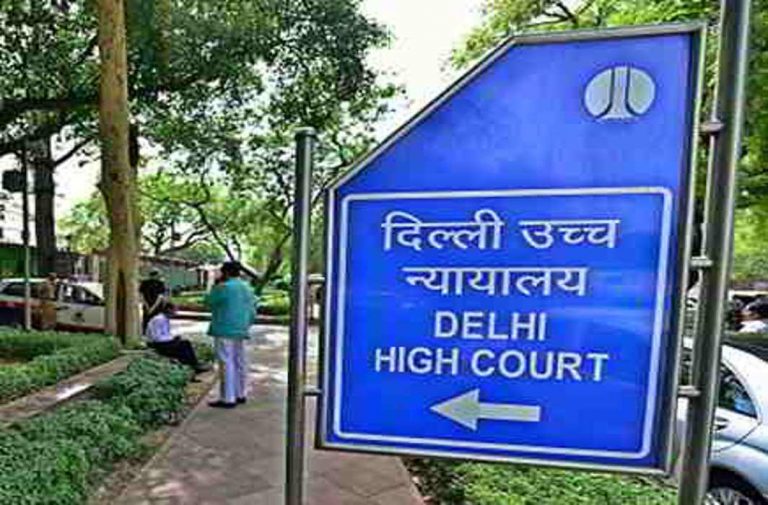 While CBI special court held Ex Chief Minister Jharkhand Madhu Koda guilty of Corruption and Conspiracy and awarded three years jail term and 25 lakhs penalty, the Delhi High Court stayed the order of CBI special court awarding three year jail term and grants him interim bail till January 22, 2018 on the condition that he shall not leave the country. The court also stayed the order of imposing a fine of Rs 25 lakhs on Koda till the next date of hearing. While sentencing the convicts, the CBI special court had said: “White Collar crimes were more dangerous to society than ordinary crimes.”

Delhi HC issued notice to Ministry of Minority Affairs, Ministry of Social Justice & Empowerment and the Haj Committee of India to file their response on a PIL filed by Advocate Gaurav Bansal challenging the provisions of New Haj Policy of Haj Committee of India as it debars the person with disabilities to apply for the Haj pilgrimage which is in the violation of article 14, article 21 and article 25 of the Constitution of India. According to the petitioner the guidelines issued by the government are discriminative in nature as it says persons who don’t qualify certain mental and physical health conditions cannot apply for the pilgrimage. The plea also contended that all the guidelines are in violation of the provision of the Rights of Person with Disabilities Act 2016.

“Central Government and AAP Government cannot have two standards for medical treatment one for the private hospital and other for the Government Hospital”, said Justice Vibhu Bakhru of Delhi High Court while hearing the plea alleging medical negligence by Safdurjung Hospital declaring a new born baby dead in June 2017. The petitioner contended that the infant was brought back to the hospital and put on ventilator but unfortunately died after 36 hours. The court said if the Delhi government had shut down the Max Hospital, Shalimar Bagh on the grounds of Medical Negligence why didn’t they take any action against the Safdurjung Hospital. The court also expressed displeasure with the ‘disturbing’ manner in which the foetus was handed over to the family in a bag and directed the hospital to file an affidavit indicating the person responsible for doing so.

Court ordered authorities including Delhi Commission for Protection of Child Rights (DCPCR) and Public Works Department (PWD) to physically inspect the status of the facilities present in the ‘Observation Homes’ in terms of health and safety across the Delhi. The court directed them to provide an action plan setting out timeline in which necessary rectifications would be completed. The court also sought to know the funds made available by the Delhi government under the Child Protection Scheme. Court had made the observation while taking cognizance on its own of a media report which refers to an inspection of the Prayas Children’s Home for boys in Jahangir Puri conducted by a team from the DCPCR. According to the report when DCPCR visited the home they found dirty toilets with no doors, rat infested kitchens and complaints of physical torture.

“Mr Kokne, we know Criminal Law and you may not, don’t teach us”, said by bench of Acting Chief Justice Gita Mittal, Delhi High Court to the advocate appearing for Virender Dev Dixit, the founder of the Adhyatmik Vishwa Vidhayalaya. Delhi High Court slammed the authorities for unable to trace Virender Dev Dixit and come down heavily upon D’silva who happens to be a close aide of Dixit who was present in the court room. “You are in touch with him and you don’t tell us what we have to do. Don’t you tell him everyday what is happening in this court”, said by the bench to D’silva. Court ordered CBI to trace the whereabouts of Virender Dev Dixit and bring him before the court and also ordered CBI to verify if any false and motivated complaints filed by Virender Dev Dixit and Adhyatmik Vishwa Vidhayalaya. The court made this observation while hearing the plea filed by an NGO alleging the illegal activities running through Rohini based Ashram.

Delhi HC reduces death penalty of two convicts out of three convicts for murdering business executive Jigisha Ghosh in 2009 to life imprisonments. Court found that it is not clear as to which of the three accused — whether all of them or only some of them — actually committed the murder of the deceased. What is proved beyond doubt is that all of them were involved in the crime. Having considered the case fully the Court is not satisfied that the crime can be characterised as ‘rarest of rare’ that warrants the award of the death penalty. Therefore, accordingly the court reduces the death penalty into life imprisonment.