8-phase polls in Bengal, 3 for Assam, TN, Kerala and Puducherry to vote on April 6; results on May 2 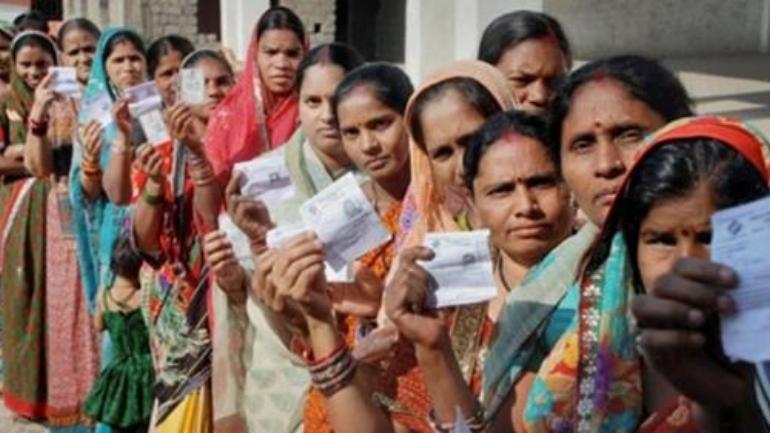 Addressing a press conference, Chief Election Commissioner of India Sunil Arora said Kerala, Tamil Nadu and Puducherry will be going to polls in a single-phase on April 6.

Assembly election in West Bengal will be held in eight phases beginning March 27 while the last phase will be held on April 29.

Assam will witness three phases of election with the first one scheduled on March 27 and last phase to be held on April 6.

The results of all the the four states and Puducherry will be announced on May 2.

Along with the elections to the four states and Puducherry, bye-elections to Malappuram, Kanniyakumari, Tirupati and Belgaum Lok Sabha constituencies will also be held. Malappuram and Kanniyakumari will vote on April 6, dates for the other two seats will be announced later.

This is first major election to be held during the pandemic after Bihar polls. The elections are due in April-May for 294 seats in West Bengal, 234 seats in Tamil Nadu, 140 seats in Kerala, 126 seats in Assam and 30 seats in the Union Territory of Puducherry. The term of government is ending on May 31 in Assam and Bengal. In Tamil Nadu, AIADMK’s current rule is coming to an end on May 8 while term of government in Kerala will end on June 1.

Earlier this week, poll body’s senior officers visited Assam and Bengal to review preparedness ahead of announcement of dates. Following the visit, a meeting was convened by the EC to finalise the dates. The meeting was headed by Chief Election Commissioner Sunil Arora during which deployment of CRPF and number of sensitive booths in each state was also discussed.

In Bengal, TMC will be eyeing a third consecutive term at a time time of crisis for the party as many leaders have switched to BJP ahead of the polls. The Banerjee-led party had come to power in 2016 by winning 211 seats. However, it suffered a major setback in 2019 Lok Sabha polls as saffron party won 18 of the 42 Lok Sabha seats.

The BJP will looking to retain power in Assam where it formed government in 2016 by winning 60 seats.

Read Also: In PMO pitch for cantonment abolition, caution is the best way ahead

Kerala is likely to witness a close battle between Left-Led front and the Congress-led opposition coalition.The Left Democratic Front won in a landslide in terms of seats, winning 91 out of 140 seats in the legislature back in 2016.

in Puducherry, where the congress collapsed recently, it will be interesting to see who comes to power. The UT is currently under President rule. The Congress had won 15 seats in the UT in 2016 to gain power in the state.

In Tamil Nadu, AIADMK-BJP will be pitting against DMK to gain power in the state once again. The AIADMK had won 136 seats in the last election.

Assam will be going to polls in three phases, according to CEC Sunil Arora.

Kerala, Tamil Nadu, Puducherry will be going to polls in single-phase on April 6, CEC has announced.

Results of assembly elections in all five states will be announced on May 2.

Model Code of conduct to come into force immediately after announcement of polls dates.

CEC says adequate CAPFs deployment shall be ensured during elections. All critical, vulnerable polling stations have been identified.

A total of 824 assembly constituencies shall be going for polls during these elections. 18.68 crore electors will cast vote at 2.7 lakh polling stations in Tamil Nadu, West Bengal, Kerala, Assam and Puducherry, CEC Sunil Arora announced.

CEC Sunil Arora outline the challenges faced by the Election Commission in conducting polls due to the pandemic.

The EC press conference has begun. The poll body will be announcing election schedule for four states and one union territory.