Home Top News of the Day news Woman Who Entered Sabarimala Returns Home, Is Beaten Up By Mother In Law 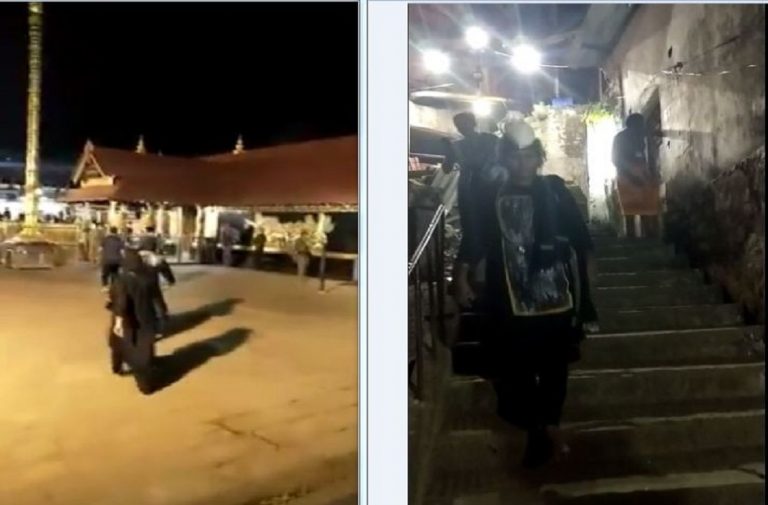 After praying at the temple, she had been in hiding, fearing retribution from right-wing elements and hardcore Ayyappa devotees. Kanakadurga, along with another woman Bindu, both in their forties had entered the Lord Ayyappa shrine temple on January 2 around 3.30 in the morning under the cover of darkness.

Police had checked the CCTV footage at the temple grounds and confirmed that two women entered the sanctum sanctorum at 3:48 am and left at 3:50 am.

Soon after videos of the two entering the temple amid security started flashing on media channels, the head priest ordered to shut the hill shrine for ‘purification’ and the ‘purification’ rituals continued for an hour on the same day.

The entry of the two into the temple was followed by massive protests by devotees as well as political parties. The protests had turned violent even resulting in the death of a devotee due to stone pelting.

The Supreme Court had on September 28 last year struck down an age-old tradition and allowed women of all age group to visit the sanctum sanctorum of Sabarimala temple overturning a centirues old tradition wherein women of menstruating age were barred from entering the temple.