Advocate Upadhyay said that the ill-effects of repeated pregnancies both on the women and the newborns are devastating. 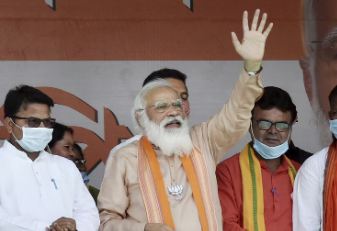 Bharatiya Janata Party (BJP) leader and Advocate Ashwini Upadhyay has written a letter to Prime Minister Narendra Modi on the occasion of World Health Day about the perils of overpopulation on the national economy and its ramifications.

The letter stated that the impact that repeated child bearing has on a woman are seldom highlighted outside the niche areas. The incidence of grand multiparity, which is defined as more than 4 viable births, in developing countries like India is 20% while it is only 2% in developed countries.

Advocate Upadhyay said that the ill-effects of repeated pregnancies both on the women and the newborns are devastating. In India, malnutrition and anaemia are rampant in expecting mothers.This becomes worse with repeated pregnancies jeopardizing their health and leading to further adverse pregnancy outcomes.There is also increased risk of abortions in such mothers. They become more prone to infections with repeated pregnancies. The risk of complications during delivery such as cord prolapse, post-dated pregnancy, labour induction, instrumental deliveries, assisted vaginal deliveries and caesarean sections are also higher.

In the letter, it is submitted that the grand multiparity is itself a risk factor both for antepartum haemorrhage that is bleeding before the onset of labour and postpartum haemorrhage, which is increased bleeding after the child birth. It is seen that such women also suffer from more genital tract injuries including rupture of uterus sometimes leading to hysterectomy (surgical removal of the womb). Overall it results in mothers having longer stay in the hospital, more blood transfusions, more frequent admissions to Intensive care units (ICU) and even increased deaths.

It is further submitted that the harmful effects of multiple pregnancies are seen not only in mothers but also in babies who are born to such mothers. These babies may be premature, or of low birth weight (<2.5 kg), and may have poor outcomes as indicated by low APGAR score.

Sometimes they have a large fetal size that leads to increased birth trauma. There is also an increased incidence of congenital anomalies in such babies. More newborns need admissions to ICU arising due to fetal distress, abnormal CTG, or sometimes even stillbirths and increased perinatal mortality, alleged the letter.

“The deleterious effects of multiple pregnancies are not only limited to the above said medical conditions. These women spend the most productive and active years of their lives performing the task of childbearing and breastfeeding. With fewer children, they can pursue their hobbies, their dreams and may be able to move towards a better quality of life. A decreased pregnancy load would not only help them achieve their full potential but can also lead to upliftment of their families,”

The letter pointed out that It is indeed heartening that India’s population growth has come down. However, a strong and effective population control law on the lines of China is the need of the hour.

“More emphasis needs to be laid on women’s education and health. They are the foundation for our future generations. If they are physically and mentally fit, confident and independent, they can bring a paradigm change in the society. It is often said that ‘a girl with dreams becomes a woman with vision,” the letter highlights.