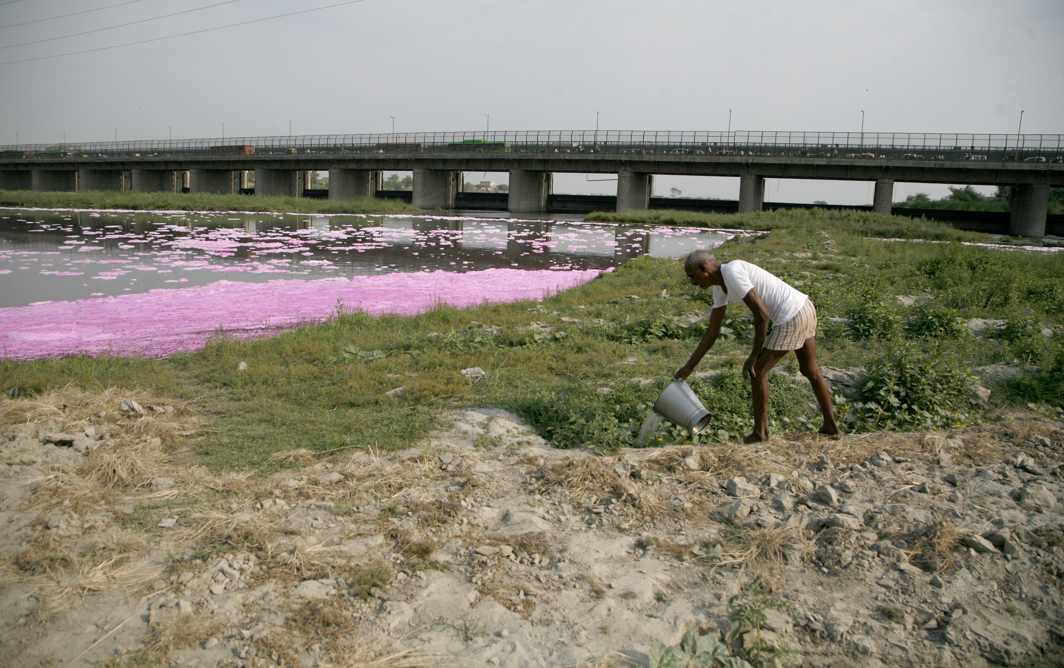 Above: A view of the Yamuna river bed in New Delhi. Photo: Anil Shakya

The National Green Tribunal (NGT), in its last hearing, had taken up the issue regarding open defecation and waste dumping on the Yamuna floodplains.

In the last hearing the NGT had directed that the Central Pollution Control Board and the various state boards in consultation with the municipal corporations and the local authorities identify the villages near the industrial clusters. The industries here, in pursuit of their corporate social responsibility, as environmental compensation may be directed to construct toilets which are in villages nearby and in localities.

On Tuesday (July 18) however, the bench found that the counsel for the Ministry of Environment and Forests & Climate Change (defendants) had not submitted a full report. The bench rebuked the counsel and listed the matter for July 21.