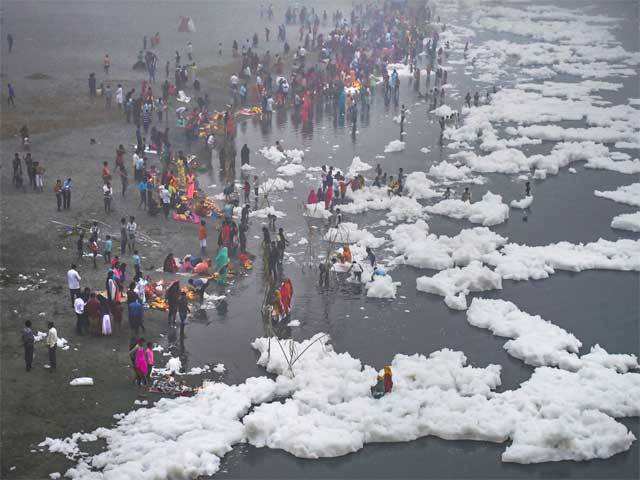 The Supreme Court on Wednesday took suo motu cognizance with regard to the remediation of polluted rivers and start with the issue of contamination of river Yamuna. It has issued notice to the states of Uttarakhand, Himachal Pradesh, Haryana, Delhi and Uttar Pradesh. It also issued notice to the Secretary, Ministry of Environment, Forest and Climate Change and Secretary, Ministry of Housing and Urban Affairs, Government of India and Central Board of Pollution Control as well.

The Bench has appointed Senior Advocate Meenakshi Arora as Amicus Curiae to assist the Court in the matter.

A three-judge bench of Chief Justice S.A. Bobde and Justices A.S. Bopanna and V. Ramasubramanian directed the CPCB to submit a report identifying municipalities along the river Yamuna, which have not installed total treatment plants for sewage as per the requirement or have gaps in ensuring that the sewage is not discharged untreated into the river.

The Court has further directed, “CPCB may also highlight any other source of prominent contamination within the limits of Municipalities. It shall also submit priority-wise list of Municipalities, river stretches adjacent to which have been found to be most polluted.”

The Court was hearing the petition on the increased ammonia levels in Yamuna due to the discharge of pollutants. It noted that it highlights an issue of great significance and consequence not only for the general public but all living beings dependent upon open surface water.

The Court observed, “Open surface water resources including rivers are lifelines of human civilization. In olden days, almost all the human settlements were at the bank of some river as it provided for an array of utilities such as potable water, irrigation, food, livelihood, transportation, etc. Every civilization, including ours, has shown great amount of gratitude to these life creating resources.”

“Rapid population growth, modern living patterns, wide spheres of human activities and industrialization have resulted in greater demand for fresh water. At the same time, pollution of water resources is increasing steadily. Deterioration of quality of fresh water has a direct correlation with the quality of public health. It is an acknowledged fact that pollution of water supplies by sewage effluents has been and still is a major cause of variety of diseases and discomforts…

The Court said Article 21 of the Constitution of India, provides for right to life and also right to live with human dignity. The right to clean environment and further, pollution free water has been protected under the broad rubric of the right to life guaranteed under Article 21.

The Supreme Court on Mon...
Read more
India Legal
Did you find apk for android? You can find new Free Android Games and apps.

The ASG said to the Court that the central government has taken a strong note of the New Privacy Policy of WhatsApp, which is giving differential treatment to its Indian users and is a cause of concern for the government.
Read more