As the CBI sharpens its knives against the former Kolkata Police Commissioner Rajeev Kumar over allegations of evidence tampering and non-cooperation, he is caught between the Constitution, courts and political crosswinds

By Damayanti Datta in Kolkata

In May 26, when a black SUV glided to a halt, Park Street in the heart of Kolkata was ablaze with cameras and news reporters. Inside sat four officers of the CBI, faces like granite. If Bollywood made one believe that intelligence officers are mysterious people working on secret operations, they busted the myth. Everyone prowling for a scoop knew they were out to arrest Rajeev Kumar, the most famous cop in India right now.

It was almost an action replay of the CBI’s last attempt to meet Kumar on February 3. Except their team was then 40-member strong. And this time around, they faced no scuffle or clash. West Bengal chief minister Mamata Banerjee did not hit the streets or cry “unconstitutional” in support of her top cop. If the CBI had no search warrants the last time, now they were armed with papers summoning Kumar to their Kolkata office on May 27. But in a dramatic end to a volatile episode, the officers failed to find the man. Kumar was missing in action.

Just as one thought the high-voltage headlines over Kumar were over, they seem to have started again. For four days Kumar was incommunicado. He did not respond to phone calls. He did not present himself at the CBI office. Instead, two state CID officers bore his letter to the agency, seeking seven more days on personal grounds. Was he in Varanasi? The CBI issued a Look Out Circular at all airports and international borders. So what if a Vijay Mallya or Nirav Modi slipped through? The former commissioner of the Kolkata police had to be nabbed.

Kumar finally emerged on May 30, to move the vacation bench of Justice Protik Prakash Banerjee, Calcutta High Court, for quashing the CBI notice. The bench mandated that Kumar would have to cooperate with the CBI. The agency could question him at his home—every day, if necessary. No third party would be allowed and no arrest by the CBI—at least, not until June 12, when a regular bench would take over. And, yes, his passport would be confiscated. Kumar’s counsel, Sudipta Maitra, said, “CBI has already questioned him for 39 hours and 45 minutes. There is no FIR or charge sheet in his name.” Hence, the Court extended the interim protection from arrest.

In reality, Kumar is in no man’s land, caught between the Constitution, the courts and political crosswinds. The 1989-batch IPS officer had arrested Sudipta Sen, the Saradha scam kingpin, in 2013 and led a special investigation team of the West Bengal government until the Supreme Court (SC) transferred the cases to the CBI in May 2014. That put him at the centre of an ongoing stand-off between the CBI, the ruling NDA and the Trinamool Congress in West Bengal. At work is a power struggle that underscores the rocky and unpredictable nature of India’s political transition. At stake is an individual, a point of reference.

Rajeev Kumar, the charming and handsome 53-year-old Roorkee engineer, is a cyber geek—a work that endears him to whichever political boss rules the day. It also makes him an enemy of their enemies. Former CM Buddhadev Bhattacharjee’s blue-eyed boy once, he has been called “the best of the world’s best police officers” by Mamata Banerjee. At one time, if Banerjee christened him the “phone-tapper”, it is now the BJP that is baying for his blood.

A case in point: Kumar was removed from his post by the Election Commission (EC) twice on complaints of phone tapping by BJP and Congress leaders in 2016 and May 2019. This time, he allegedly picked up BJP leader Tajinder Pal Singh Bagga from a hotel in the wee hours for instigating violence at BJP chief Amit Shah’s rally in Kolkata. Reacting to the EC order, Banerjee said: “I don’t consider this an order from EC. This is an order by Modi and Shah. What is the problem they have with Rajeev Kumar? Is this because he was arresting BJP hawala operators luring voters with money? This is biased and politically motivated.”

Kumar has an excellent track record: in 2001, he traced the abduction of the Khadim footwear industrialist, Partha Roy Burman, to a Dubai gang; in 2005, he arrested notorious criminal Hubba Shyamal; in 2009, he smoked out the Maoists of Lalgarh; in 2013, he arrested the Sharada gang; and in 2014, he caught Bangladeshi Jamaat-ul-Mujahideen’s alleged point man in the Khagragarh blasts. Yet Kumar is clearly a man who gets caught in political crossfire. In his SC affidavit against the CBI plea for his arrest, Kumar has alleged a “larger conspiracy” by prominent BJP leaders, namely, Mukul Roy and Kailash Vijayvargiya.

After five years of making little headway in the chit fund scam cases, the CBI has zeroed in on him: Kumar is now facing allegations of tampering with evidence and non-cooperation with the CBI. It seems the CBI wants to have a “chat” with Kumar about some “missing” evidence—five mobile phones, a laptop, a red diary and a pen drive—that they are convinced are crucial clues to solve the massive ponzi and chit fund scams floated by the Saradha and the Rose Valley groups in 2000-13.

No, the CBI did not have evidence to satisfy the SC when it asked for the right to arrest Kumar. “I have gone through your IA and your contempt petition. There is nothing in it. Where is the material showing there is a danger he will destroy evidence?” Chief Justice of India (CJI) Ranjan Gogoi asked Solicitor General Tushar Mehta on February 4. “We want you to satisfy us that he had a role to play in the disappearance or suppression of evidence. We have to be satisfied that your request for custodial interrogation is bona fide and not prompted by political considerations,” the CJI said on April 30. The CBI just managed to say that his arrest was necessary to “unravel the entire gamut of the larger conspiracy in the scams”. Their “chat” with Kumar in a Shillong retreat, a five-day grilling, after the Court had directed him to “faithfully” cooperate, had found him “arrogant” and “evasive”.

But why did they wait for five years before raising the issue? What is the great emergency now? The CBI had no answer to the CJI’s questions. Senior advocate Indira Jaising, fighting for Kumar, said the CBI had been given several opportunities to produce proof of the alleged link between Kumar and suppression of evidence, but failed. Senior lawyer Abhishek Manu Singhvi claimed that Kumar had handed over case records to the CBI when the case was transferred in May 2014, quoting a forensics report to say there was no doctoring of records. Questions were also raised on the legality of CBI raids and notices to Kumar when the Calcutta High Court had passed an order in December 2018 keeping in abeyance CBI summons to the Kolkata police in relation to the investigation.

For now, Kumar has got protection from arrest. But he is caught between a rock and a hard place. The CBI may place him under arrest for “custodial interrogation” after June 12, if he joins the investigation. That would mean suspension. On May 17, the SC withdrew its protection from coercive action granted to Kumar. The Court also refused to handle his appeal for anticipatory bail on May 24. Allegedly, the CBI is sharpening its knives. Moving the court to issue a warrant and declare Kumar an “absconder” is on the anvil.

Experts, however, cite the case of Pruthvipal P Pandey, one of Gujarat’s most senior IPS officers, who faced suspension and a jail term as an accused “absconder” in the Ishrat Jahan fake encounter case in 2013. But in 2015, the CBI granted him bail and he was reinstated as additional DGP.

Who knows which way the political wheels of fortune will spin. And with it, the fate of an IPS officer. 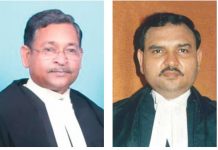 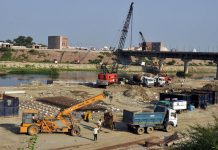 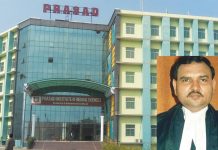