With the Modi government pushing its gold monetization scheme for temples, and with the Supreme Court ordering an audit of the richest temple in the world, where does that leave the Travancore royal family?

By Jacob George in Thiruvananthapuram

Will the gold monetization scheme of the Modi government target the rich and famous Sree Padma-nabhaswamy Temple in Thiruvananthapuram, Kerala? If the government can effectively implement the scheme with regard to the huge stock of gold and other valuable metals in this temple, it will be a great achievement for the cash-strapped government, but it is not a practical proposal.

Touching the treasures of this famous temple is a very sensitive issue. Legally too, the arguments are divided and complicated. Sree Padmanabhawamy Temple is the family shrine of the Travancore royals and hogged the limelight in 2011 when a court-ordered inventory confirmed that its underground vaults contained huge treasures. Gold ornaments, vessels and other valuables in five of the six vaults opened by a committee set up by the Supreme Court are estimated to be worth more than `one lakh crore. The sixth vault, which is yet to be opened, is said to have more than what has already been discovered.

It was in 2007 that TP Sundararajan and Padmanabhan filed a case before Kerala High Court alleging mismanagement and misappropriation of the temple’s assets. On January 31, 2011, the high court ordered that control of the temple be passed on to the state government. The royal family appealed to the Supreme Court, which, on June 18, 2011, appointed a seven-member expert committee to open the vaults and take an inventory of the temple’s assets. The committee included representatives of the Archaeo-logical Survey of India, RBI, retired judges of the Kerala High Court, the Maharaja and K Jaya Kumar, then additional chief secretary of the state.

The committee found dazzling ornaments and objects inside Vault A, including a golden bow and arrow, umbrellas with gold rods, a golden throne for the deity embedded with hundreds of precious gems and stones, heaps of gold coins and hundreds of big gold chains. News of the treasure hunt spread across the world and suddenly, Sree Pad-manabhaswamy Temple was catapulted to the position of the world’s richest temple. “Lord Padmanabhan knows the truth. Some are pointing accusing fingers at us. Because of the court case, we cannot say anything,” said Princess Gouri Parvathi Bayi of the Travancore royal family to India Legal.

But the truth is that the Padmana-bhaswamy Temple, a true symbol of the past glory of the kingdom of Travancore, no more belongs to the royal family. An interim order of the Supreme Court in the case has severed the centuries-old bond between the royal family and the temple. A five-mem-ber administrative committee headed by additional district judge KP Indira has taken over the administration of the temple, with district collector Biju Prabhakar and chartered accountant S Vijayakumar as members. Former district collector KN Satheesh is the executive officer.

“The temple doesn’t belong to us, but we belong to the temple,” asserts a humble Gauri Parvathi Bayi. Known for their simplicity and ordinary way of life, the members of the royal family are revered by the people of Thiru-vananthapuram.

Lawyers point out that the wealth of temple came by way of offerings made by devotees over a long period of time. Idols of gods are legally considered perpetual minors and are that way permitted to be in the custody
of authorized trustees. “Prime Minister Narendra Modi will not be able to touch the treasures in the vaults of Sree Padmana-bhaswamy Temple through any legal procedure or executive order. He may be able to do it through a concensus, but that is very difficult to achieve,” says advocate Shivan Madhathil of the Kerala High Court.

Of course, consensus is rarely achieved among politicians and political parties in Kerala. The state leadership of the BJP is of the opinion that the temple and its treasures belong to the devotees. The Congress-led UDF too is of the same opinion, but it takes care not to hurt the royal family. The CPM feels the treasure belongs to the people. The rationalists too have taken the same stand.

Going back in time, Anizham Thirunal Marthanda Varma, the first of the Travancore maharajas, established his rule in 1729. He declared that only the government could buy and sell pepper and other spices. This fetched him huge revenue, all in the form of gold coins. Varma made underground vaults in the Padmana-bhaswamy Temple to keep them safely. Towards the end of his reign (1729-1758), he conquered Ambalappuzha, a little kingdom, in the famous Battle for Ambalappuzha, and took over all its valuables. He moved them to vaults in the Padmanabhaswamy Temple. He then dedicated the Travancore kingdom to the Sree Padmanabhan deity in 1750 and declared himself a servant of the deity. He deposited gold and other valuables that he had gained in the secret vaults of the temple.

The royal family has served the deity ever since, with the “maharaja” heading the temple management. Subsequent rulers ruled the kingdom for and on behalf of Sree Pad-manabhan. After the integration of the princely state in 1947, the royal rule came to an end and most major temples in Travancore, which comprised a large part of southern Kerala and adjoining parts of Tamil Nadu, were brought under a Devaswom Board. But as a special case, control over the Padmanabhaswamy Temple was not taken away from the royal family.
PARTIAL MONETIZATION

Meanwhile, the Kerala government is determined to extend all security to protect the temple, says chief minister Oommen Chandy. Rahul Eswar, secretary of the Hindu Parliament (a platform of 108 Hindu organizations brought together with a view to an inclusive and secular approach to Hindu unity) gives a pertinent suggestion. He says there are three categories of valuables in the temple: those used for daily and periodical temple rituals and festivals as well as ornaments of the deity; centuries-old ornaments and gold coins of immense antique value and ordinary gold ornaments which have only commercial value. “The valuables which have only commercial value, which are also immense in value, can be monetized. Those which are used for rituals should be kept for that purpose and those with antique value can be exhibited for the public to see, for which a fee can be collected,” he suggests. But he admits that a consensus on some sensitive issues is hard to reach because different sections of the Hindu community have different views. “Even with regard to treasure in the Padmanabhaswamy Temple, a consensus is too remote.”

Prof MG Sasibhooshan, eminent historian and an expert on the temple, supports this argument. “A huge amount of money is being spent by the state government for providing security to the temple. Ultimately, the temple will have to have its own resources to meet these challenges,” he says.

Prominent journalist and historian Malayinkil Gopalakrishnan says that the gold of commercial value can be pledged to the Reserve Bank of India (RBI). “If it is pledged to RBI, it will fetch a large amount as revenue, which can be used for developmental activities of the bank,” he reasons.

Though the apex court has permitted the royal family to be in charge of traditional rituals and ceremonies, it is being kept away from the day-to-day administration of the temple. The apex court, while agreeing with a 500-page report of Supreme Court-appoin-ted amicus curiae Gopal Subramaniam, has ordered the creation of a five-member administrative set-up under the district judge, which will not have any direct representation of the royal family.

The order also signaled a critical turn in the long-drawn litigation for transparency in administration and proper audit of the huge treasure in the temple. “There are ‘serious lapses’ in the management of Sree Padmana-bhaswamy Temple and the invaluable wealth its underground vaults contain,” said the report submitted in the Supreme Court by Subramaniam. When India Legal contacted him, he said the entire report was available on the internet and that he was not permitted to talk to the media.

The report also wanted the court to restrain the head of the Travancore royal family from interfering in the day-to-day affairs of the temple as its trustee. It urged the court to order audit of the treasures by a competent team, preferably led by former Comptroller and Auditor General, Vinod Rai, who camped in Thiruvananthapuram and took stock of the treasures and accounts of the temple.

With one more vault remaining to be opened and examined, the treasures of this temple remain an enigma. Will it go the Modi way or remain forever in the dark underground vaults? 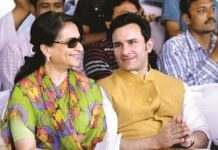