Some techniques that you can use to protect computer and smartphone privacy.

In the course of writing my book, Dragnet Nation, I tried various strategies to protect my privacy. In this series of book excerpts and adaptations, I distill the lessons from my privacy experiments into tips for readers.

Ever since Edward Snowden revealed the inner secrets of the NSA, he has been urging Americans to use encryption to protect themselves from rampant spying.

“Encryption does work,” Snowden said, via a remote connection at the SXSW tech conference. “It is a defense against the dark arts for the digital realm.”

ProPublica has written about the NSA’s attempts to break encryption, but we don’t know for sure how successful the spy agency
has been, and security experts still recommend using these techniques.

And besides, who doesn’t want to defend against the dark arts? But getting started with encryption can be daunting. Here are a few techniques that most people can use.

You can also use Find my iPhone to remotely “wipe”, or delete the data on your iPhone or iPad if it is lost or stolen. Google’s
Android operating system lets you encryptyour phone hard drive.

The most difficult part of GPG is that, unlike the encrypted texting and instant messaging programs, you have to generate a secret key and keep it somewhere secure (usually on your computer or on a USB stick). This often means you can only send
GPG mail when you have your key with you. Even so, it is incredibly satisfying once you send your first message and watch it transform into a block of numbers and letters when you click “encrypt.”

— Julia Angwin is a senior reporter at ProPublica. This article has been published courtesy ProPublica 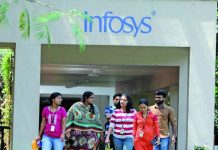