For all legal purposes, a company is considered a “personality”, distinct from the people who are part of it. However, unlike any other individual, it can’t file an RTI, according to a Central Information Commission (CIC) verdict.

The Commission came to the following conclusions based on examples of cases cited by both the parties in their arguments:

(a) The RTI Act gives the right to obtain information only to citizens of India and not to corporations and companies etc, which are legal entities/persons, but not citizens.

(b) Any office bearer of a company can seek information under the RTI Act on behalf of the company as an individual and citizen of India, but the applicant can’t be a company.

(c) The RTI applications and subsequent appeals should be signed by the same person, with his name mentioned on the same.

(d) Since an office bearer, seeking information on behalf of his/her company, would be construed to be a citizen seeking the information, he/she would need an authorization from the board of the company to receive the information.

The Commission observed that Sunder could have applied in his individual capacity or even in his capacity as Company Secretary. But, the application had been filed in the name of the company.

Section 3 of the Right To Information Act, 2005 says: “Subject to the provisions of this Act, all citizens shall have the right to information”. Therefore, CIC ruled that “M/s. Devas Multimedia Private Limited being a juristic person and not a citizen do not have the right to seek information under the RTI Act”. 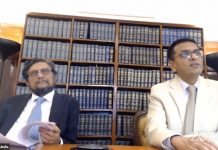 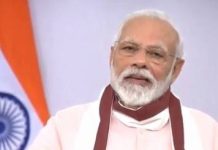