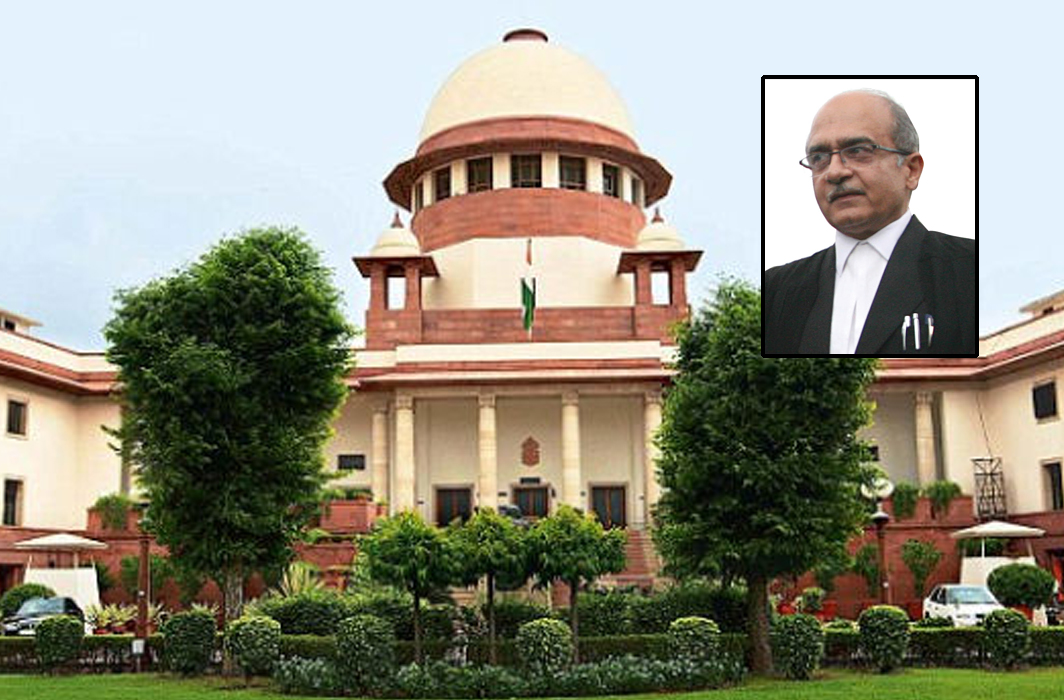 The fact that you are doing many good things does not mean that your wrongs can be neutralized, says SC while hearing Prashant Bhushan on quantum of sentence

The bench was hearing the suo motu contempt case against Prashant Bhushan in which the court had held him guilty of criminal contempt of court for his tweets against the CJI S.A. Bobde and against the judiciary.

Senior Advocate Dushyant Dave today began his submissions by referring to review jurisdiction of the court and the plea filed by Bhushan to defer the punishment till the review petition is filed and decided.

He further submitted that he had 30 days from the date of judgment to file a review as per Supreme Court rules. Dave also submitted that the remedy of curative petition is also available.

Justice Arun Mishra said that that judgment will be complete only when sentence is decided. Moreover sentence hearing is consequential to the conviction. Both can be reviewed, right?, Justice Mishra asked Dave.

Attorney General KK Venugopal submitted that in the recent case of Vijay Kurle, the very same request (for deferring sentence hearing) was rejected.

Justice Mishra however assured Dave that in the event any punishment is imposed, it will not be activated until the review is decided. ‘We will be fair to you, whether or not you are fair to us‘: Justice Mishra added.

Justice Gavai asked Dave that there should not be an impression that there is an effort to avoid the bench of Justice Mishra.

Dave replied that the bench should not give the impression that this bench wants to decide everything before Justice Arun Misra retires.

Dave thereafter urged the bench that the matter of punishment be considered by a different bench.

Justice Gavai however said that the request cannot be accepted.

Justice Mishra says that it is never done like that.

Justice Mishra concurring with Justice Gavai said “It (referring sentence hearing to another bench) is not appropriate. It is against established procedure and norms. Suppose if I am not emitting office, can it be ever thought of?“

Dave on Justice Mishra’s assurance that review will be heard said “If your lordship’s conscience dictates that the hearing on sentence should be done now, I bow down. Your lordships have made a fair suggestion”.

On Justice Gavai’s suggestion that the review petition should have been filed by now since Dhavan had said that he intented to file a review petition, Dave replied“Why should I file review now? Then SC Rules must be amended to say review should be filed within 24 hours.”

Bhushan submitted “I am pained at the verdict that the Court held me guilty. I am pained that I am grossly misunderstood. I am shocked that the court concluded at the conclusion without providing any evidence about my motives”

Dhavan began his submissions stating that “There has been a considerable disquiet about four Chief Justices over six years“.

Dhavan submitted that two factors are important for sentence. First the nature of offence and second the nature of the contemnor.

“Your lordships must examine the person. Because that goes into the roots of the bona fides“, Dhavan submitted that the character and contributions of Bhushan must be taken into account for the purpose of the sentence.

He further submitted “When your lordships August 14 judgment reaches various academies, it will be severely criticized. Most of the judgment is ‘cut-paste’ from Vijay Kurle judgment and other judgements”

The bench however said that it did not mind fair criticism.

Dhavan referring to Section 13 of the Contempt of Courts Act submitted that it is not enough that there should be some technical contempt. It must be shown that that the act of contempt must “susbtantially interfere with the administration of justice”.

He further pointed that “Bhushan’s statements have been echoed and supported by Justices Lodha, AP Shah, Lokur and Joseph. Are they in contempt also? They also take the view that the proceedings are wrong.”

AG Venugopal thereafter requested the bench not to punish Bhushan.

The bench however said that the proposal of AG cannot be considered unless Bhushan rethinks his statement.

On Dhavan’s submission that there are High Court judgments which say criticism of HC judges cannot be contempt, Justice Gavai said the judgment has come to the conclusion that the tweets affect the entire institution and not a few individual judges.

The Supreme Court on August 14 held Prashant Bhushan guilty of criminal contempt for his tweets against the judiciary saying they cannot be said to be a fair criticism of the functioning of the judiciary made in the public interest.

The court had said it would hear on August 20, the arguments on the quantum of sentence to be awarded to Bhushan in the matter. A person convicted of contempt of court can be punished with simple imprisonment of up to six months or with a fine of up to Rs 2,000 or with both.