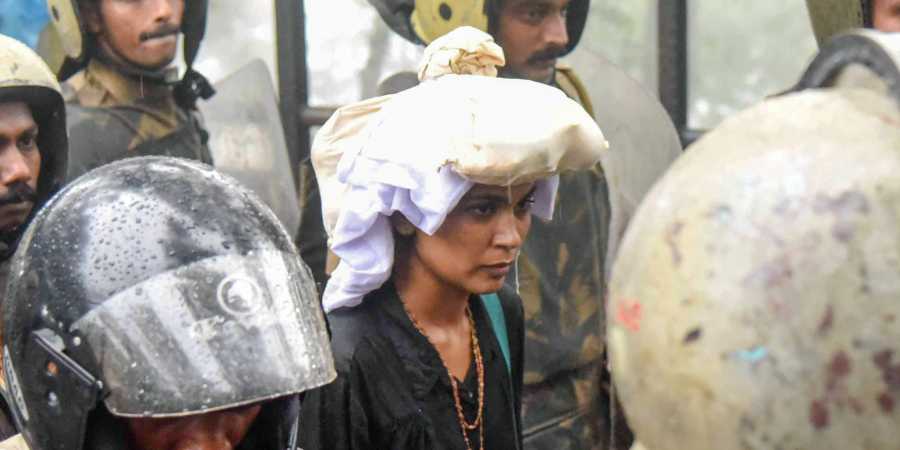 Fathima has been accused in a case registered for posting a video on social media in which her two minor children were seen painting on her semi-nude body.

The offences alleged in this case are under the POCSO Act, 2012, Juvenile Justice (Care and Protection of Children) Act, 2015, and under the provisions of the Information Technology Act, 2000. The provisions in his act are severe. The high court had rejected the activist’s advance bail plea on July 24.

Justice PV Kunhikrishnan of the Kerala High Court had observed: “She used the children for the purpose of sexual gratification because they are represented in the video in an indecent and obscene manner as they are painting on the naked body of their mother.”

In her appeal to the top court, Fathima has talked about personal liberty, under Article 21.

She says: “The present petition raises two important questions while applying penal provisions of the POCSO and IT Acts:

a. Whether female nudity (even when not visible) per se constitutes obscenity?

b. Whether children painting on their mother’s body can be concluded to be ‘sexual gratification’ and ‘child abuse’ under these stringent laws?”

Did you find apk for android? You can find new Free Android Games and apps.
Share
Facebook
Twitter
Pinterest
WhatsApp
Previous articleContempt petition: AG seeks time, when Supreme Court asks why 4G has not been restored in J&K
Next articleShockingly low RT-PCR tests in Delhi, HC asks why