Appeal says that it was a lack of any proper legal framework and the non-implementation of past SC orders that has led to this situation.

In the outcry against police brutality and death after the brutal murder in custody of Jayaraj and Bennix in Tamil Nadu’s Thoothukudi district, the main lacuna seems to be a lack of any proper legal framework to address such issues and take preemptive measures.

Today (July 8) a petition has been filed before the Supreme Court, requesting that an Independent Committee be formed, which should be monitored by the Supreme Court and should comprise members from all the relevant departments and ministries which can review the entire legal framework. The committee should find pitfalls in the existing legal framework in order to curb the menace of custodial torture, deaths and rapes.

The petition seeks an effective and purposeful framework, ensuring and securing the right to life and to live with human dignity and the prevention of custodial torture, deaths and rapes.

The petition has been filed by People’s Charioteer Organization, through its secretary Devesh Saxena.

The petitioner submitted: “It is our callousness towards the inviolable right called ‘liberty’ and our ignorance about how liberty is eroded that  led to a George Floyd moment in Minnesota, US, or a Jayaraj and Bennix moment in Tamil Nadu, India.”

Referring to a number of cases on custodial torture, the petitioner submitted: “All these incidents, inter alia, has traumatized all those who respect the rule of law and personal liberty in the country and it underlines afresh the urgent need for institutional correctives within the policing system in this country and the acute need for India to enact a strong law to prohibit and prosecute cases of torture and custodial deaths, in fulfilment of its legal obligations, both national and international, to guarantee protect right to life.”

The petition also said: “There are gaping legal lacunae in the legal, legislative and statutory framework of India, owing to which the we’re witnessing a prevailing epidemic of Custodial Violence/Rapes/Torture, at the hands of certain our men in uniforms, which equates to nothing but a blatant violation and mockery of Human Rights, legitimized, facilitated and perpetrated by the State Machinery.”

The petitioner has also submitted that there has been a lack of implementation of the guidelines as passed by the Supreme Court in case of Prakash Singh v. Union of India  and D. K. Basu v. State of West Bengal. 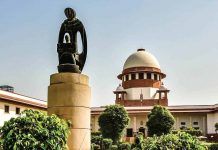 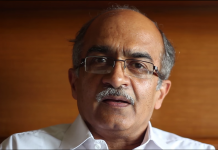