Towards “a Well-planned Legal Order”: The “Pillars of the Basic Structure” 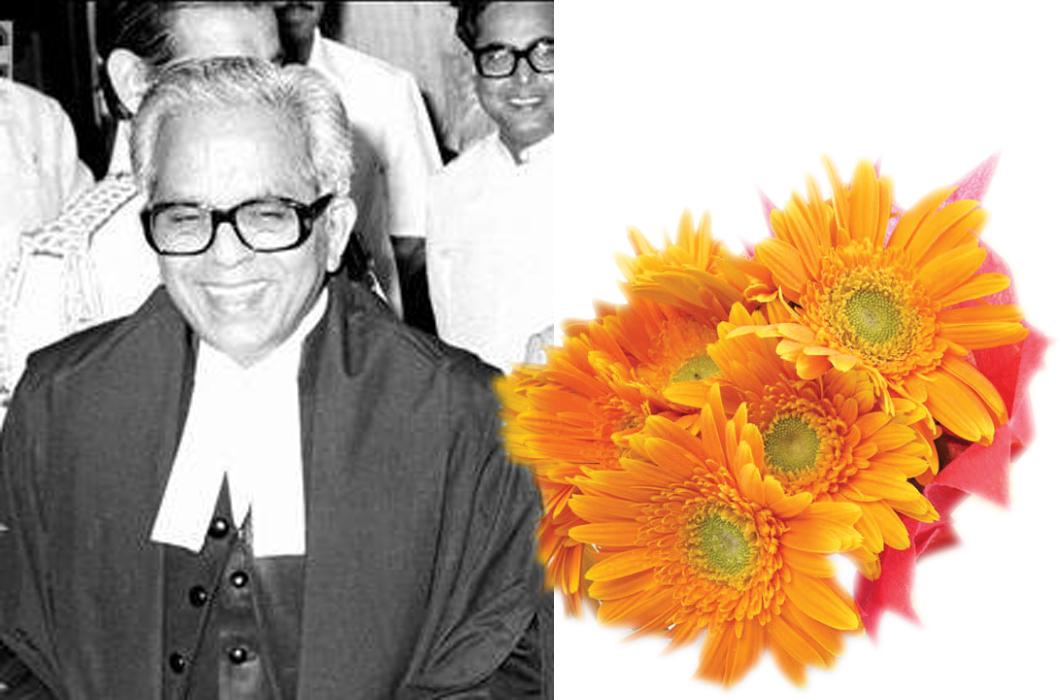 A recent webinar drew attention to Justice Yashwant Vishnu Chandrachud who was part of Kesavananda, helped navigate it through a period of harsh constitutional majoritarianism and presided over a brilliant constellation of co-equals

The 100th birth anniversary of Justice Yashwant Vishnu Chandrachud on July 12, 2020, went relatively unnoticed. But a grateful nation must do more than celebrate the birth anniversaries of political and economic actors. The event was rescued from public oblivion by a webinar organised by the Indian Law Society and ILS Law College, which cherished fond memories of Justice Chandrachud not merely as a long serving chief justice of India but also a distinguished alumnus of the ILS Law College from 1940-42.

Of course, the occasion did not warrant any reference to the apex court formally overruling Shiv Kant Shukla as “seriously flawed” (as Justice Dhananjaya Chandrachud wrote on August 25, 2017 for himself and Chief Justice JS Khehar and Justices RK Agrawal and S Abdul Nazeer). Not merely are “life and personal liberty inalienable to human existence”, but when “histories of nations are written and critiqued, there are judicial decisions at the forefront of liberty. Yet others have to be consigned to the archives, reflective of what was, but should never have been”. Justice Nariman concurred, adding that further “developments” have also “made it clear that the majority judgments are no longer good law and that Khanna, J.’s dissent is the correct version of the law.” And Justice Sanjay Kishan Kaul termed the judgment as “an aberration in the constitutional jurisprudence of our country” which should be “buried ten fathoms deep, with no chance of resurrection”. Justice Chandrachud would have agreed, as he had in the post-emergency period apologised for the judicial verdict endorsing the suspension of the habeas corpus.

But Justice Nariman was quite right, at the Pune webinar, to draw our attention  to the fact that he soon emerged in Indira Nehru Gandhi v. Raj Narain (decided on November 7, 1975) as an ardent votary of the basic structure and essential features doctrine. He rightly emphasised that despite his dissent in Kesavananda, the learned Justice conducted himself as a disciplined soldier of constitutionalism and held only a portion of the 39th Amendment as constitutionally invalid. August 10, 1975, was the date of the retrospective amendment to electoral laws, which he (and his senior brethren—Justices AN Ray, HR Khanna, KK Mathew, MH Beg) had to wrestle with. The Amendment was both sinister and benign; if it sought totally to oust judicial review for the election of the prime minister, it also sought to protect additional 127 legislations by placing these in the 9th Schedule.

It enunciated that the laws made by Parliament prior to that date ceased to apply to election petitions and all matters related to the 1971 parliamentary election of Indira Gandhi. A retrospective amendment passed judicial muster; but a total ouster of judicial review was unacceptable to the Court, even in days of the Emergency. As Justice Y Chandrachud said, Parliament has unacceptably “withdrawn the application of all laws whatsoever to the disputed election and has taken upon itself to decide that the election is valid”. In his resounding words, “whatever pleases the emperor has the force of law”, is “not an article of democratic faith. The basis of our Constitution is a well-planned legal order, the presuppositions of which are accepted by the people as determining the methods by which the functions of the government will be discharged, and the power of the State shall be used”. Further, the basic function of Parliament is to legislate, not to adjudicate “for which it lacks the expertise and the apparatus.”

He did not “put a seal of approval on the immunity conferred on any election” and found it “hard to generalize from a single instance that such an isolated act of immunity has destroyed or threatens to destroy the democratic framework of our government”. True, one “swallow does not make a summer”, and that its “twittering cry is undoubtedly a harbinger of summer”, but to  maintain  that “the summer of a totalitarian rule is knocking at the threshold” is “an unduly alarmist view of the political scene”. But is it also a “real danger… of the alarmist’s own making”? Why is it that the Court did not see other sparrows already heralding the summer—the declaration of an internal emergency, rushing to detain almost all parliamentary opposition leaders, and the bulk of cadres in preventive custody, retrospective amendment to electoral laws, the imposition of censorship and criminalisation of all dissent? The question, always and everywhere, is: How many sparrows make a summer?

However, the egalitarian ethos as a core of the basic structure throbs in Justice YV Chandrachud’s opinion. If “there be any unamendable features of the Constitution” which “form part of the basic structure of the Constitution”, it comprises of four self-evident  truths: “(i) India is a sovereign democratic republic; (ii) Equality of status and opportunity shall be secured to all its citizens; (iii) The State shall have no religion of its own and all persons shall be equally entitled to freedom of conscience and the right freely to profess, practice and propagate religion and that (iv) the nation shall be governed by a Government of laws, not of men.” These, he said, “are the pillars of our constitutional philosophy, the pillars, therefore, of the basic structure of the Constitution”. The pillars remain a key to understanding his subsequent decisions on amendments that promised greater social justice to the constitutional have-nots.

The tumultuous Chandrachud years of the Supreme Court need urgent revisitation. He was a part of Kesavananda, helped navigate it through the period of harsh constitutional majoritarianism (where the sceptre of closing the doors of the Supreme Court was an imminent possibility), made the apex judicial process more responsive and accountable to people and presided over a brilliant constellation of co-equals.

This Court was severely internally divided and some unfair media practices presented it as a “civil war” between the Congress and Janata Justices and mired in internal tussles between India’s two most distinguished Justices—Justice Chandrachud and Justice Bhagwati, so much so as to  unfairly label Justices into “rival” camps. Media hype aside, these years inaugurated many innovations that we now take for granted—the device of epistolary social action litigation, the power to do “complete justice”,  new forms of partnerships among the communities of learned professions and the judiciary and robustness of free speech and social dissent specially from the easy-minded indictment of scandalising the Court.

The deeper question concerns the nature and limits to judicial populism. Wiping “every tear from every eye” (as the immortal Mohandas Gandhi said of the aims of Swaraj, and whom Justice Krishna Iyer juridicalised), became the judicial mission. Was this best done by developing new forms of justice dispensation by the eFour Musketeers, (as I fondly called Justices Iyer, Bhagwati, O Chinnapa Reddy and D A Desai)? And how was the distinction to be made as some Justices did in Raj Narain) between the “real will” of the people and their official will, expressed though electoral verdicts and representative institutions? How about the contrapuntal relation between “legal” and “political” sovereignty? What juridical sense are we to make of strong judicial review as a way of articulating this “real will.”?

These incredibly rich questions recur, in different forms, in each generation; the Chandrachud-Bhagwati endeavours (as I have often said) transformed the Supreme Court of India into a Supreme Court for all Indians. Disagreements on individual decisions apart (and I had several), the Chandrachud years bequest us with a larger and complicated constitutional itinerary – a  journey which demands a fuller revisiting if only to advance the understanding of judicial labours as incremental  democratic investments.