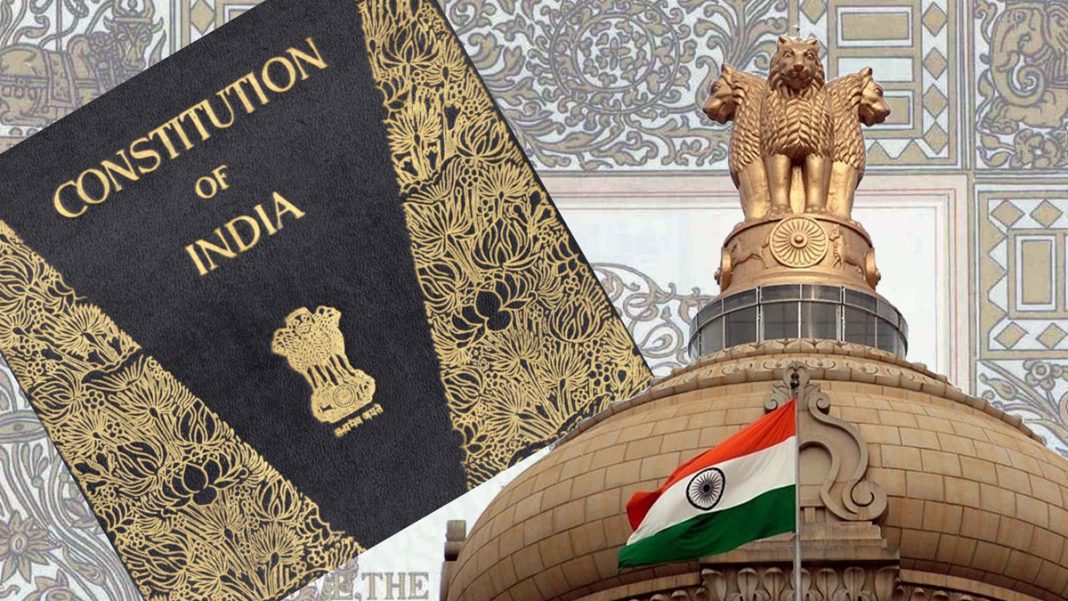 The Constitution, through Articles 15 and 16, seeks to crystallise the idea of “complex equality” and the trilogy of Pavitra v Karnataka illustrates this. The apex court has thus emerged as the moral pedagogue of social justice.

The Indian Constitution is seen from multiple perspectives, but perhaps the best way is to look at it is from the vantage point of Isocracy, a term introduced recently by Nicolò Bellanca, an Associate Professor of Development Economics at the University of Florence, to signify a real or concrete Utopia which is a “good place to live”. Isocracy is a “kind of society where people do not rule or obey, a place where there is order without power, and a non-hierarchical cooperation” and its “main conscious aim is to level out relationships of power in whatever realm they might appear”. Certainly, isocracy is a state of affairs in which “shared freedom” is made possible by endeavours to “reject and dismantle any unequal distribution of power”1.

This is what the Constitution seeks to do via Articles 15 and 16. They crystallise the idea of “complex equality” which comprises the progressive absence of domination. The right to various freedoms is the “additive freedom” which consists of “rights within [social] settings”, and the “absence of a specific inequality” has to be achieved in context (whether that of family, school, market or state power). Complex equality is the elimination of specific inequalities of outcomes or results fostered by simple numerical equality. According to Michael Walzer, American political theorist and public intellectual, justice is nothing but “the sum of the absences”, which make possible an “egalitarian society”2. It is the progressive elimination of inequalities and injustices of the power to dominate that Articles 14, 15, 16, 17, 23, and 24 affirm and celebrate, and this eventually makes the Supreme Court of India both a custodian and a connoisseur of complex inequality.

The trilogy of the recent Pavitra v Karnataka decisions again illustrate the domain of complex equality: Pavitra 1 decided the constitutional invalidity of consequential seniority rule, which was decreed from April 24, 1978, for Karnataka civil servants by an Act of 2002. This law was declared invalid by Justices Adarsh Kumar Goel and UU Lalit as it did not determine the “inadequacy of representation”, and the impact on “overall efficiency” which was a pre-condition for such a law, under Nagraj (2006). Pavitra 11 (2019) decided on the validity of 2018 law, and Pavitra 111 (2020) negatived the request for additional directions through a miscellaneous application petition. (Incidentally, we here follow the Court’s usage “Pavitra” in place of “Pavithra”; the northernisation of the name does not affect its disposal on merits).

Before I examine the decision on merits, some observations on the way the Bar disregards the directions of the Supreme Court are necessary. I have had numerous occasions to draw the attention of India Legal readers to this sorry state of affairs. Yet, even senior counsel continue this practice. The Pavitra 111 Court drew attention to three miscellaneous applications by 277 applicants asking the State to “re-work all promotions on ‘post’ basis before any further action”, apply “creamy layer” and “exclude individuals belonging to the Scheduled Castes and Scheduled Tribes who no longer require reservation under Article 16(4-A) of the Constitution”, to “disqualify those who were creamy layer at that stage” and to “every specific application of order” which must be “Nagaraj compliant”. Senior Counsel Rajiv Dhavan insisted that these prayers are not made by way of any review petition, yet urged that the inherent powers of the Court under order LV of the Rules of the Court were sufficient for the purpose.

Justice Dr DY Chandrachud (for the Court) had to say that the insistence was not maintainable as per the past practice of the Court. As late as 2000 (in Gurdip Singh), the Court had said that such applications are thinly veiled substantive applications for review! The Court reiterated this in 2019, deprecating  this “growing practice … of filing applications under different nomenclatures”. Pavitra 111 agreed, saying as “a principle of law”, that if judicial scrutiny of such applications shows “that the nature of the application differs from its nomenclature” and “there is a method prescribed in law for the grant of the reliefs sought, it may hold that the application before it is not maintainable”.

The important question thus raised is both a specific and a general one. Specifically, for how long the senior Bar has to be reminded of its obligation to ensure that the administration of justice at the highest level is to be guided by certain norms about what the apex court may not do under its inherent powers, which should remain the exception and not the rule? Generally, how does it come to pass that the Bar almost comprehensively ignores practices of filing which the Court has deprecated too often? And does not its welcome insistence that litigants and general public ought, as the executive, to comply with the letter and spirit of its verdicts not weaken by its non-compliance of the apex court?

The battle in Pavitra 11 was about whether the state legislature had acted on a report that determined “adequacy of representation and impact on efficiency”. Justice Chandrachud, citing a long line of precedents, states that the mere fact that “an alternate line of approach was possible or desirable cannot furnish a foundation for the assumption by the court of a decision making authority which in the legislative sphere is entrusted to the legislating body and in the administrative sphere to the executive arm of the government”. In other words, the Court will not substitute its own views on a policy over that of the legislature or the executive. So much for the widely trumpeted judicial overreach! But the Court, at the same time, holds that the satisfaction cannot be based on data collected arbitrarily, with the caveat that any such research that follows social science methods may not be so regarded.

May not the Court look behind a legislative or administrative data-gathering exercise which has manifest errors? The Court rules that even here, it should be “circumspect in exercising the power of judicial review to re-evaluate material on record”. But to be circumspect is not the same thing as to forever evacuate judicial review from such cases. To do so will be to indulge in impermissible judicial abdication.

The importance of the decision lies in what Ronald Dworkin called the “moral reading of the constitution”. That transformative interpretation by the Court over time, means ultimately, as the present Bench reminds us, that Article 15(4) should not be understood as any exception to Article l4, but rather as its fulfilment. As the Court rightly recalled, the seeds of this approach were sown by a 1964 dissent of Justice Subba Rao, followed by a decision of Justice KK Mathew (in 1975) who deployed the devices of numerical and proportional equality, the latter taking “account of different conditions and circumstances of a class of citizens…which stand in the way of their equal access to the enjoyment of basic rights and claims”. And, finally, we learn the same message of constitutional faith from the concurring plurality opinion led by Justice Jeevan Reddy (1981) and Justice SH Kapadia (leading the Court in Nagraj). The Court has been remarkably consistent in recognising multi-layered claims of constitutionality of reservation. We may couch their message as well in contemporary terms as grasping the democratic virtues of “complex equality”.

Even more, the decision in Pavitra 11 is remarkable for the Court’s exposition of Article 335’s emphasis on “efficiency in administration”. Dismissing “stereotypical assumption” that such efficiency is necessarily impaired by the roster system, Justice Chandrachud holds that the phrase must be “defined in an inclusive sense where diverse segments of society find representation as a true aspiration of governance by and for the people”.

This is the way constitutional morality defines efficiency, differently from economic (calculative) reasoning. For this to happen, two things are necessary. First, the engagement of “fundamental rights with the directive principles” and second, the “inclusion together with recognition of the plurality and diversity of the nation”. Thus, the very notion of “efficiency” comprises establishing a platform for a just social order and a corollary realisation that the “position of SCs and STs as worthy participants in affairs of governance is intrinsic to an equal citizenship”.

These words mark the transformative constitutional itinerary of what Justice Dipak Misra memorably called as “constitutional renaissance”. And it in itself is an adventure in realizing complex equality, which should summon all enlightened citizens. It is remarkable that even during the strident Covid-19 lethal times, the Supreme Court of India has again emerged as the moral pedagogue of social justice under the Constitution.

Also Read: Supreme Court: Violators of nature cannot be allowed to go scotfree on payment of penalty only

1See his, Isocracy: The Institutions of Equality, p.v, and 4 respectively (Palgrave MacMillan, 2019).