The government has put the growth plan in place by announcing a bold and new-age Union Budget. Now the mega task before the government lies in the execution of the plan. 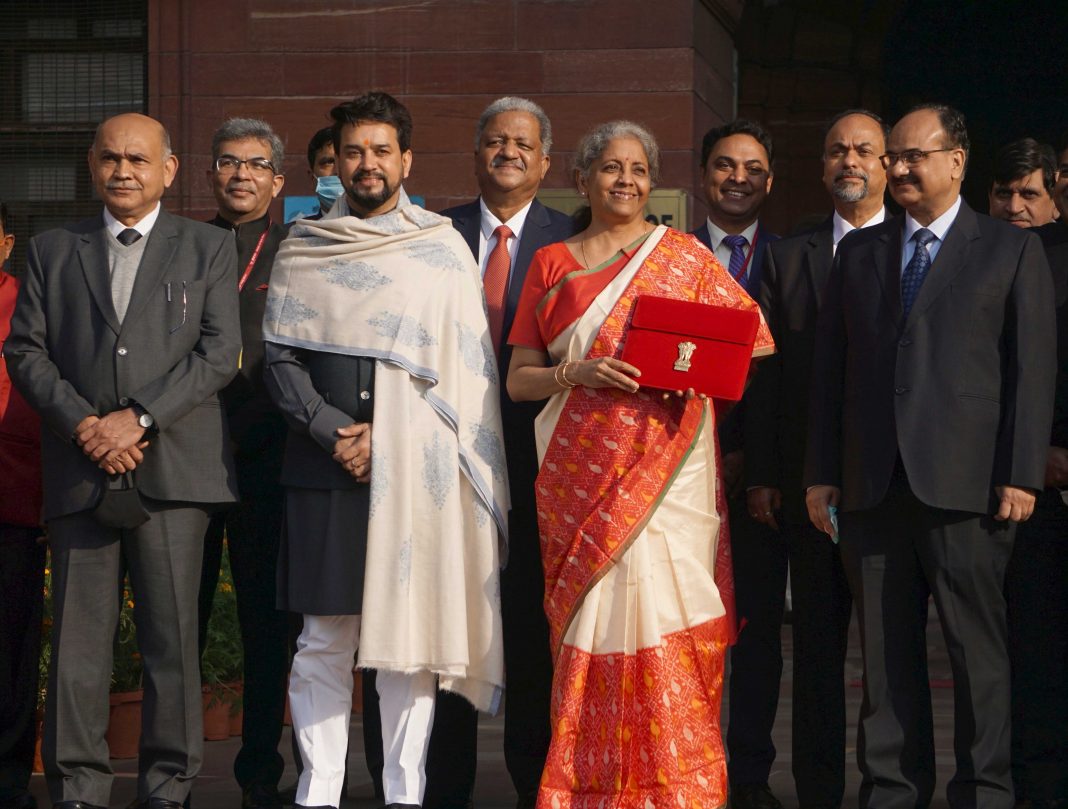 India has seen bold budgets, realistic budgets and reformist budgets over the years. In the midst of amazingly high public anticipation regarding Union Budget 2021-2022, Union Finance Minister Nirmala Sitharaman, who promised a “like never before budget”, presented the first-ever paperless budget.

Attempting to accelerate India’s growth after a once in a century tremor, the finance minister pressed a few right buttons. While presenting the Budget, she has fundamentally come clean on the Budget arithmetic. By declaring higher fiscal deficit numbers of 9.5 percent of the GDP and 6.8 percent of the GDP for fiscal year 2021 and fiscal year 2022, respectively, she has placed the convincing assessments of revenue receipts and recognised “off balance sheet” expenditures.

The Budget’s emphasis on increasing public investment by 34.5 percent in fiscal year 2021-22 as compared to the current fiscal year 2020-2021 is impressive. The finance minister, while presenting the Budget, mentioned that the government will borrow an extra Rs 80,000 crore for the purpose in the next 60 days. Achievement of this target would significantly depend on tax revenue realisations, disinvestment proceeds, sale of rail and road assets and the government’s capacity to nurture resources from the market, without raising interest rates for the private segment. Though the Budget obtained high marks from various industrialists, much more remains to be done. Let us look at a few disappointments delivered by this promising Budget.

The Indian economy has been plagued with a recession and the coronavirus is not the exclusive cause of it. Nine straight quarters until the end of the preceding financial year have revealed the downward trend of GDP growth. On top of that, mounting unemployment, demand crunch and deteriorating levels of workforce involvement rubbed salt in the wound. This contraction is one of the nastiest among the world’s major countries. In the fiscal year 2020-21, India’s gross domestic product (GDP) net of inflation and per capita income are expected to decline by 7.7 percent and 8.7 percent, respectively, as compared to the preceding fiscal year 2019-20. However, the government’s method of tackling this anguish is not praiseworthy. The Budget has little acknowledgement of the employment crisis. The government’s additional public spending to deal with the emergency has been a little over 1 percent of the GDP. Many know that the government must think of generating superfluous consumption demand through enhancement in the condition of wage recipients.

Fiscal year 2020-21 witnessed the sheer increase in the spending on the Mahatma Gandhi National Rural Employment Guarantee Act (MGNREGA) programme. In contrast to the budgeted Rs 61,500 crore for the year, the modified estimation of spending was Rs 111,500 crore, an upsurge of about 72 percent. Unfortunately, the government has decreased the expenditure of MGNREGA to Rs 73,000 crore for the fiscal year 2021-22. This indicates that the government failed to consider vital problems blocking India becoming a strong nation which needs robust support from the migrant workers who have been cruelly affected by the pandemic. The government has also made it clear that it does not think that a resumption of domestic demand is part of the remedy for the current miseries of the economy.

In India, economic inequality or disparity is rising astonishingly. On the one side, a large number of poor people lost their livelihoods in 2020 while on the other side, corporate tycoons are sitting on the tall mountain of profits. The finance minister has failed to address this mega concern of the country and the Budget has not even considered levying a special tax on the super-rich unlike many nations who are proposing it.

The Budget announcements which deal with the health infrastructure also need clarity. It is admirable if it relates to investment in enhancing urban sanitation, drinking water and sewage amenities. Rural Swachh Bharat Abhiyan has different lessons to teach. According to the latest National Family Health Survey data for 2019-20 just building toilets in household premises is of no use without sufficient access to water and sewage services, which are public properties in nature. Unless these matching facilities are erected in a synchronised manner, the efficacy of such investments would be insignificant. Sadly, India’s health infrastructure has faced methodical neglect over the decades. The dreadful pandemic has forced almost all countries to strengthen their healthcare system. Sufficient accessibility and affordability of vaccines is essential for India’s economic revitalisation. Importantly, the government should roll out an effective vaccination plan. Indians were waiting for a confident move through the Budget. Then again, the numbers available from the Budget expound a gloomy image. The total spending on the health sector, which was expected to be around Rs 80,000 crore in 2020-21, is estimated to decline to just above Rs 71,000 crore in 2021-2022. This shows the government’s inability to fulfil its promises to make Covid vaccines available for all.

According to the International Monetary Fund (IMF), fiscal actions employed by India were among the tiniest among G20 nations. Constantly, the IMF has been stressing the use of fiscal policies and also prompting governments regarding the growing part that public sector enterprises have been playing in developed countries. However, the government is neglecting this advice and moving more and more towards privatisation. In the recent Budget, the finance minister has made the big statement of divestment of government’s stake in Life Insurance Corporation. Although privatisation has its own merits, vending public assets which are similar to family silver, is not a justifiable approach shown in the Budget.

Absence of longstanding credit for infrastructure is one of the major reasons for poor industrial and infrastructure investment during the last decade which has yielded low returns over a long period of time. Commercial banks are loaded with mounting non-performing assets because of poor corporate segment show. Therefore, they find it problematic to lend for long term, say, more than five years. Further, current experience demonstrates that the most prosperous and developing economies have relied on Development Finance Institutions for offering long-term credit.

Also Read: “Something is Rotten in the State of Denmark”—Delays in Judicial Elevation

In this context, the announcement of Development Finance Institution (DFI) in the Budget is delightful. However, the Budget speech stated that the anticipated DFI will be funded by Foreign Portfolio Investments (FPIs). This is a matter of grave concern because FPI symbolises short-term inflows with exchange rate perils, while infrastructure investment is long-term whose incomes will be generally in rupees. Thus, FPI investments will certainly result in currency and maturity mismatch which will increase the cost of capital. For this reason, there is a necessity to consider different abiding sources, if possible from local sources, or international development organisations.

In addition to crucial reforms in agriculture, labour and monetisation of government assets, the government has decided to increase the level of foreign direct investment limits in critical segments such as insurance and also stated privatisation plans of government owned banks. This exhibits the fact that the Budget has only carried forward the supply side emphasis of the government. Such policies may keep the fiscal deficit under check in a miserable revenue situation, but there will be diminutive influence in terms of new economic activity and therefore increasing collective demand.

Definitely big-scale monetisation of infrastructure assets, namely, roads and railways can lead to a slog in consumer charges and consequently higher inflation in the long term. The probable tussle between the government’s suppositions and the reality of the economy will decide India’s trajectory in the coming year.

To conclude, the government has put the growth plan in place by announcing a bold and new-age Budget. Now the mega task lies before the government the execution of the plan. Otherwise, the Budget, acclaimed as a six-pack economic push, will be unproductive. And the road ahead will be long and hard.

Did you find apk for android? You can find new Free Android Games and apps.
Share
Facebook
Twitter
Pinterest
WhatsApp
Previous article4G internet services restored in Jammu and Kashmir
Next article“Something is Rotten in the State of Denmark”—Delays in Judicial Elevation