The core Republican base is so busy disbelieving science on the Covid-19 delta variant they don’t seem capable of considering what else is happening around the political sphere. 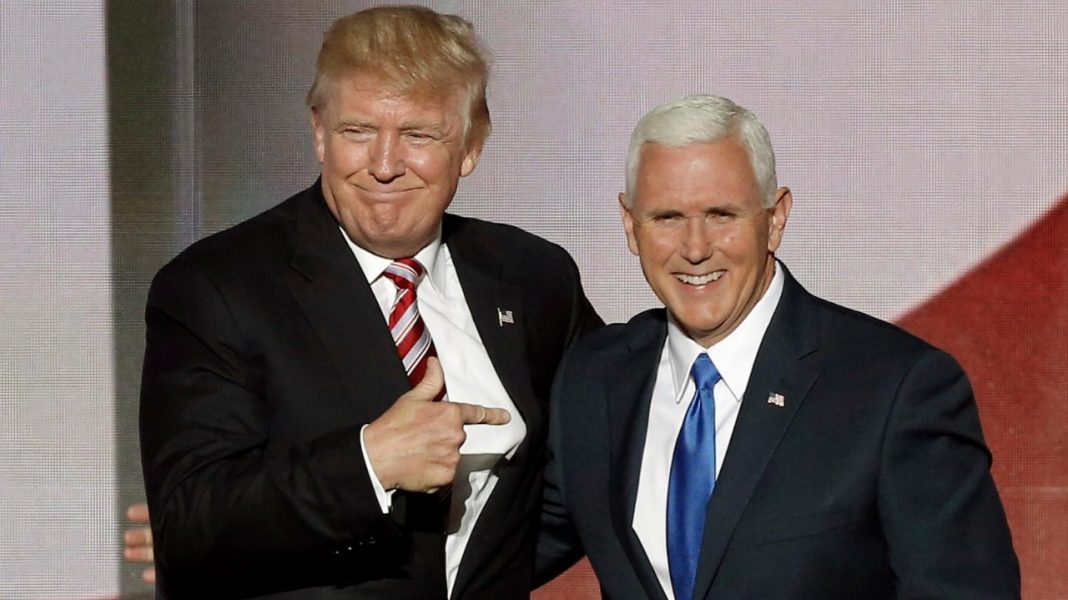 THEN: Multiple lawyers in dozens of law suits failed to convince any court in the United States that President Joseph Biden’s election 2020 win over Donald Trump was accomplished through voting fraud. Reputations and law licenses have suffered.

NOW: Former US President Donald Trump insisted again this past week that the fraudulent election would be revealed. The partisan audit of the Maricopa County, Arizona voting was his Holy Grail, a search ordered by Arizona Senate’s Republican majority shocked that a Democrat beat Trump in Arizona.

REALITY: A Florida company, Cyber Ninjas, with no election audit experience spent five months examining votes. Its draft report says clearly that Biden won 91 more votes that the county elections officials had credited to him. Plus it found that Trump in losing got 261 more votes credited than he deserved. The partisan search can now be considered a Holy Failure.

All of this came after a five-month effort that was so chaotic that it became a caricature of post-voting shenanigans. Right-wing media glossed over the results, barely mentioning it on the Fox News website or on the Breitbart website.

This has not been a good month for either Trump or his closest advisors and lawyers because the House of Representative select committee investigating the January 6 attack on the US Capitol is playing hard ball with subpoenas while releasing documents. The White House is releasing documents as well, pointing out that executive privilege belongs only to the current president, not the former. Any privilege extended to past presidents was a “gift” not a rule, Biden’s press secretary explained.

John Eastman, a well established lawyer with Federalist Society credentials and a clerkship for the late Supreme Court Judge Antonin Scalia, appeared at Trump’s January 6 rally speech outside the White House telling the crowd, “We know that dead people voted. All we are demanding of Vice President Pence,” he continued, “is this afternoon at 1 o’clock, he let the legislatures of the states look into this so we get to the bottom of it and the American people know whether we have control of the direction of our government or not!”

What was just revealed is that Eastman’s plan was put in writing and had been presented to Trump the day before as a way to pull off a coup. Trump has been reliably reported to have urged Mike Pence to reject the votes of the Electoral College, with the mob outside as the stick that would compel his obedience. “You can either go down in history as a patriot,” Trump told Pence, according to the New York Times, “or you can go down in history as a pussy.” Pence did not follow orders.

An examination of Eastman’s memo reveals great confidence but perhaps poor constitutional and legal thinking. Legal scholar Derek Muller critiques Eastman, noting that the votes were originally counted in the Senate by “tellers” who gave their count to the vice president to certify. This early practice was incorporated into the 12th Amendment to the Constitution in 1804.

Rudy Giuliani, also a Trump lawyer, took the stage with Eastman. His professional life has crashed badly since representing Trump, losing not only all the cases, but his law license in New York State, and (perhaps worse) being banned  from appearing on the Fox News Channel.

The core Republican base is so busy disbelieving science on the Covid-19 delta variant they don’t seem capable of considering what else is happening around the political sphere. Yet, top aides to Trump have a lot to worry about.

The House select committee subpoenas were issued to four key figures in the Trump White House who either were working with or had communications with the White House in the days surrounding the January 6 insurrection. This puts former White House Chief of Staff Mark Meadows, former White House Deputy Chief of Staff for Communications Daniel Scavino, former Defense Department official Kashyap Patel, and former Trump advisor Stephen Bannon in the spotlight and will doubtless include a lot of lawyerly efforts to avoid these subpoenas.

Kashyap Pramod Patel is a Trump loyalist, a 41-year-old  lawyer with several government positions in his resume. His experience includes work as an aide to Devin Nunes, a California Congressman, where Patel played a key role as Republicans attempted to discredit the investigations into Donald Trump and Russian interference in the 2016 election.

After the election, on November 9, Trump raised eyebrows by installing a new acting secretary of defense and the next day appointing Patel to be Christopher Miller’s chief of staff. It was Patel who prevented Pentagon officials from talking to the Biden team during the transition. This left them out of any intelligence briefings for the weeks before January 6. Patel talked to senior Pentagon officials prior to and on January 6, 2021, about security at the Capitol, and Patel said he and Meadows talked “nonstop” on the day itself.

There was no peaceful transition of power from the old government to the new President in January. Republican efforts to stymie Democrats at every turn is clear proof that American politics have devolved into a war with the losers trying to win what they lost at the ballot box.

It matters not how clear the proof of a coup conspiracy existed on January 6 because the Trump loyalists are in a media and social networking feedback loop that reinforces the Big Lie.

The reputable and reliable NORC (National Opinion Research Center) at the University of Chicago has a new poll that says, 26% of Americans now believe, “the 2020 election was stolen from Donald Trump and Joe Biden is an illegitimate president,” while 8% believe that, “use of force is justified to restore Donald Trump to the presidency.”

Prime Minister Narenda Modi was at the White House this week for a meeting with Biden along with leaders from Australia and Japan. He no doubt found the mood completely different from what he experienced when visiting Trump there in the past four years. It should be noted that Biden administration officials have kept their public criticisms of Modi to a minimum.