US Presidential Debate 2020: Chaos and Confrontation 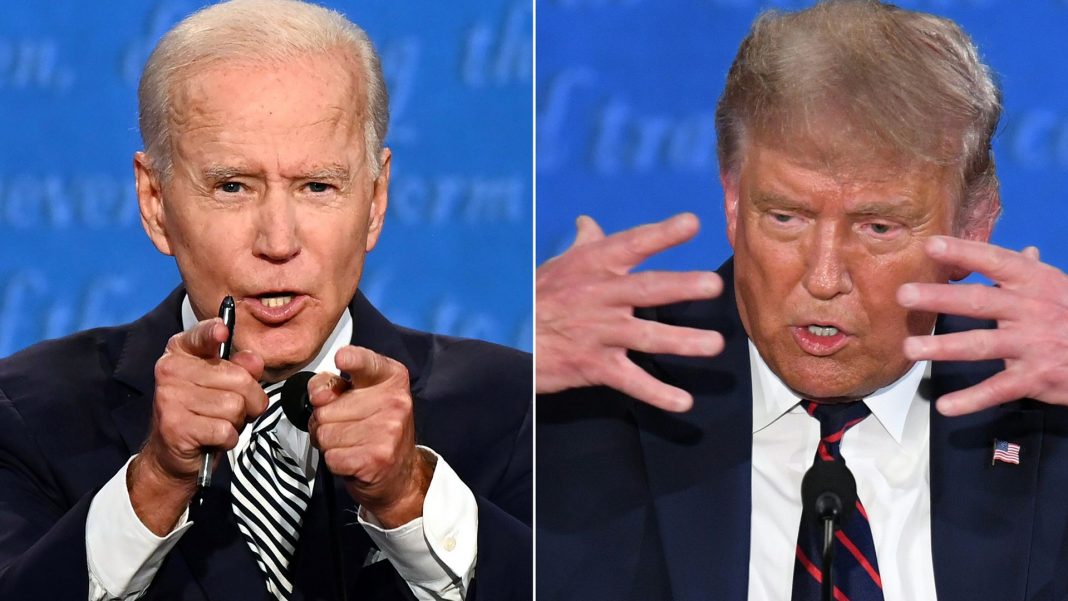 It wasn’t so much a debate as a confrontation.  As a journalist, I have watched every debate since Nixon-Kennedy in 1960 (high school editor) and this was as unpresidential as any incumbent could make it.

What millions of Americans and viewers around the world saw in a 90-minute confrontation between US President Donald Trump, Democratic challenger Joe Biden and moderator Chris Wallace was the death of debating if policy and behaviour were a measure of success.

President Trump played the dominant baboon role trying to bully the other two into submission at the first of three 2020 meetings. It was a good display of how intemperate the president must be when people disagree with him in meetings or in private. This spectacle probably lived up to his hardcore supporters expectations. However, it gave Democrat Joe Biden a chance to project alert and balanced behaviour despite all the Trump theatrics.

For moderator Wallace, a Fox News Channel news host (repetition deliberate because much Fox programming is pure opinion), was as busy as a referee at a wrestling match. Perhaps this is what Trump wanted as he had a long association with the WWE Wrestling programs on TV.

Trump’s response to most of what Wallace asked or Biden said, was a reprise of his usual campaign rally rhetoric. He constantly interrupted Biden who at one point muttered, “Will you shut up, man?” Trump stared at Biden most of the time, needling him or disputing Wallace’s efforts to make him behave. Biden spent a good bit of his time directly addressing people watching.

On the issue of non-payment of federal income taxes, Trump dismissed reports he paid just $175 for 2017. Untrue he claimed, saying he has paid millions in taxes. Earlier in the day, Biden released his taxes for the 2019 tax year showing his family paid about $300,000 on income of $900,000, a rate of about 33 per cent. Trump refuses to release any tax forms so what is discussed is what the New York Times pieced together from two decades of business documents given to the paper.

The closest thing to serious policy was an effort to talk about health insurance and Trump’s battle to kill Obamacare that provides 20,000,000 Americans with health insurance. Biden pointed out that in nearly four years there has never been a Trump health care plan explained, just talked about. Back and forth it went with Biden often smiling or shaking his head while Trump thundered. For those keeping score on interruptions, Trump was the clear winner by a 3:1 margin. For fact-checkers, it was another big harvest of deceptive Trump accounts of what he has said, tweeted and done in office.

Subjects such as the Supreme Court nominee and Covid-19 came up with Trump responding he did a great job as usual. On mail in balloting he ranted that it would be a huge election fraud. Biden said he respected the voters win or lose, explaining that Trump and millions of people have voted this way without any discernible fraud.

It wasn’t a debate. It wasn’t good television, though it did resemble some Indian news talk shows where multiple guests all talk at the same time. Wallace as host did not attack his guests as often happens in Indian television.

Biden leads in national polling. It is doubtful that this changed very many minds. Hard to imagine that in another week the next alleged “debate” would be much different.