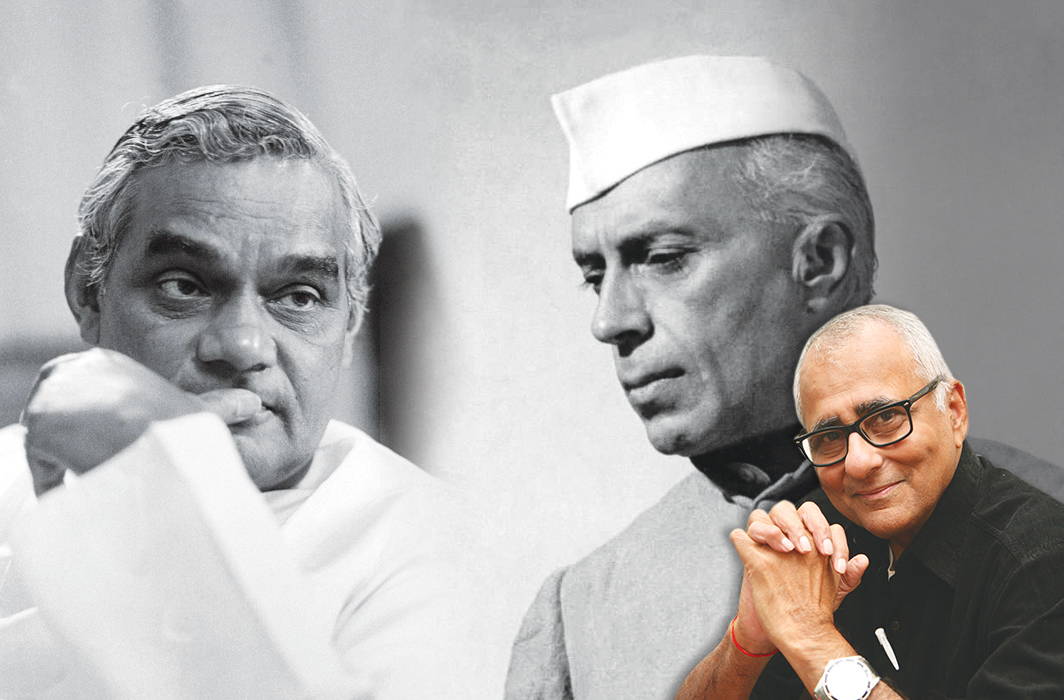 To run this vast and diverse land, its leaders need not have 56-inch chests, but hearts as large as the universe.

In their desperate search for a credible lineage to establish their political legitimacy in the modern, independent Indian nation, carved out by patriots and thinkers belonging mostly to the Congress party, the ruling BJP’s hardline ideologues have appropriated at various times, Swami Vivekananda, Gandhi, Bal Gangadhar Tilak, Gopal Gokhale, Subhas Bose, Sardar Patel and Ambedkar, all of whom, while often at loggerheads with one another on various policy issues, were united in their passionate quest for a free and liberal India.

Of course, Jawaharlal Nehru, the icon of Indian modernism, and his progeny are exempted from this pantheon. In fact, De-Nehrufication has become an oft-expressed article of faith in the Narendra Modi era as the prime minister tries to etch his own legacy in the unfolding chapters of India’s destiny. This is the extreme form of political partisanship which blinds most BJP leaders to the richest, uncontroverted legacy they already have: the recently departed Atal Bihari Vajpayee.

And, ironically, the man whom BJP leaders demonise—Pandit Nehru—publicly predicted that Vajpayee would one day lead India as prime minister. Nehru was so enraptured by his opponent’s eloquence and breadth of knowledge in Parliament that in 1957, he foretold Vajpayee’s fate. In a meeting with a foreign dignitary, Nehru said: “This young man one day will become the country’s prime minister.” This was national bipartisanship at its best.

This largeheartedness, and the lessons it contained for bipartisan nationalism, was neither forgotten nor ignored by Vajpayee. Just before he demitted his first term as prime minister in the late 1990s, Vajpayee went down memory lane in a brilliant farewell address in Parliament. He recalled:

“My friends in Congress may not believe me, but in South Block there always hung a portrait of Nehruji. I used to see it occasionally. In Parliament I had my share of disagreements with Nehru. I was new. I was a back-bencher. Often, in order to get a chance to speak I had to threaten a walkout.

“But gradually I made space for myself and perhaps a name as well. And when I became foreign minister (after ousting the Congress party during the Janata regime in 1977) I saw one day, that the portrait of Nehruji was no longer in the passageway. I asked, where has that photograph gone? I received no answer. But the portrait was restored [the whole House applauded].

“Does this sentiment merit respect? Should this feeling develop in our nation? It was not as if there were no disagreements with Nehruji. And these differences emerged strongly during debates. Once I told Panditji openly that his character was a strange mix of Churchill and Chamberlain. He did not get angry. Later in the evening, I met him at a banquet and he told me, you delivered a terrific speech today, and departed laughing.

“In today’s world if you express this kind of criticism you will invite vicious animosity. People will stop talking to you.

“During the Human Rights Conference in Geneva, the issue of Kashmir was raised by our neighbour (Pakistan). The then PM, Narasimha Rao (Congress), chose to send me to represent India. The representatives of our neighbour nation and their ministers were both surprised and taken aback. One Pakistani politician observed that Indian democracy is a strange one as an Opposition leader has been sent to take a stand for the nation, while in our country Opposition leaders create international difficulties.

“One of our leaders remarked, ‘Don’t think, Narasimha Rao is a simple man. He is extremely shrewd.’ He told me that he (PM Rao) might not have sent you (Vajpayee) just to represent the nation. Maybe there could be a thought that if things in Geneva don’t go India’s way and a hostile vote against India happens, to share the blame, Vajpayee can be made the sacrificial goat [Laughter].

“But I did not believe this line of thought.”

Indian political leaders, who borrowed heavily from America’s founding fathers when they sat down to frame their own Constitution on the principles of liberty, equality, the importance of open debate and strong checks and balances on executive authority in order to ensure accountability to the people, may do well to read the fare-well address of President George Washington in September 1796. It remains more valid than others for all those who profess to be practitioners of democracy across the world.

In 1796, as his second term in office drew to a close, Washington chose not to seek re-election. Says the official website devoted to his legacy: “Mindful of the precedent his conduct set for future presidents, Washington feared that if he were to die while in office, Americans would view the presidency as a lifetime appointment. Instead, he decided to step down from power, providing the standard of a two-term limit that would eventually be enshrined in the Twenty-Second Amendment to the Constitution.”

The website, Mount Vernon (named after Washington’s estate and home), explains that in that farewell speech, he cautioned against dangers that could destroy the American Union, prominent amongst them regionalism and partisanship. He warned his countrymen not to let regional loyalties overwhelm national attachments: “The name of American…must always exalt the just pride of patriotism more than any appellation derived from local discriminations.” At this time, many Americans primarily identified with their state or region, but Washington re-minded the citizenry not to allow such attachments to divide them, lest “designing men” convince them that differing local interests made the Union unworkable or unnecessary.

Ironically, the man whom BJP leaders demonise—Pandit Nehru—predicted that Vajpayee would one day lead India as prime minister. Nehru was enraptured by his opponent’s eloquence and breadth of knowledge in Parliament.

Washington feared that pandering to identity politics would politicise good governance. While partisanship is now seen as part of the adversarial political system, the founders of both the American and Indian republics actually feared that entrenched parties would become disruptive, and the tools of demagogues seeking power. “Factionalism,” as Mount Vernon puts it, “encouraged the electorate to vote based on party loyalty rather than the common good. Washington feared that partisanship would lead to a ‘spirit of revenge’ in which party men would not govern for the good of the people, but only to obtain and maintain their grip on power. As a result, he warned Americans to guard against would-be despots who would use parties as ‘potent engines…to subvert the power of the people and to usurp for themselves the reins of government’.”

In Washington’s own words: “The  alternate domination of one faction over another, sharpened by the spirit of revenge, natural to party dissension, which in different ages and countries has perpetrated the most horrid enormities, is itself a frightful despotism. But this leads at length to a more formal and permanent despotism. The disorders and miseries which result gradually incline the minds of men to seek security and repose in the absolute power of an individual; and sooner or later the chief of some prevailing faction, more able or more fortunate than his competitors, turns this disposition to the purposes of his own elevation, on the ruins of public liberty.

“It is important, likewise, that the habits of thinking in a free country should inspire caution in those entrusted with its administration, to confine themselves within their respective constitutional spheres, avoiding in the exercise of the powers of one department to encroach upon another. The spirit of encroachment tends to consolidate the powers of all the departments in one, and thus to create, whatever the form of government, a real despotism.”