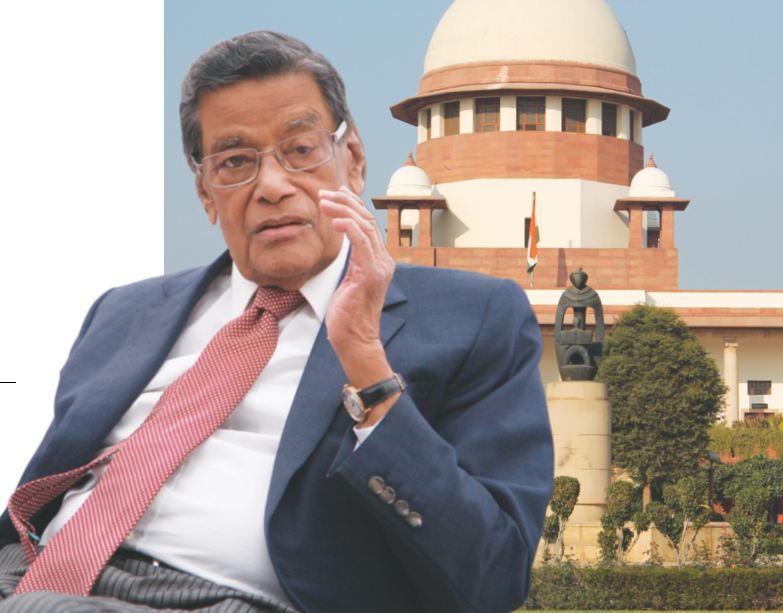 Above: Attorney General KK Venugopal criticised the SC for giving itself enormous powers 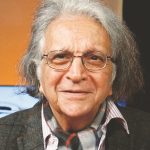 In a surprising attack on constitutional morality, Attorney General KK Venugopal said its use “can be very, very dangerous”. Does this view question the basic structure of the Constitution?

The learned AG is sadly mistaken to think that the concept of constitutional morality is new; in fact, it is as old as the Constitution of India. The adoption of Fundamental Rights (Part III of the Constitution) itself testified to the ethical idea of limited government. And even when Parliament by law may legislate within reasonable limits, the final curtain on any controversy has to be rung by the Supreme Court. Every person has a fundamental right under Article 32 to constitutional remedies and accordingly, it is the judicial province and function to determine the reasonableness of restrictions. Of course, judicial self-restraint deferring to the will and wisdom of democratically composed legislatures is an apt posture but (as Justices AP Shah and S Muralidhar said in Naz) when “constitutionally entrenched human rights” are entailed, “considerably less deference to the legislature” has to be shown “than would otherwise be the case”.

Justice Krishna Iyer inimitably said in Maneka Gandhi: “The compulsion of constitutional humanism and the assumption of full faith in life and liberty”, is not “so futile or fragmentary that any transient legislative majority in tantrums against any minority…can prescribe any unreasonable modality and thereby sterilise the grandiloquent mandate”.

Further, the Directive Principles of State Policy articulate solemn human rights obligations, which are declared paramount in making of laws and governance of the nation. And now (since 1976) Part IV-A (Article 51-A) details the fundamental duties of all citizens. To crown it all, the Preamble stipulates the values integral to the constitutionally desired social order; the elaborate constitutional text merely constitutes one massive footnote to the Preamble.

True, only once did Babasaheb Ambedkar in Constituent Assembly debates express a concern regarding diffusion of “constitutional morality”, acknowledged all round as a “necessity for the peaceful working of the democratic constitution”. However, two things ought to be recognised. One is “the form of administration must be appropriate to and in the same sense as the form of the Constitution. The other is that it is perfectly possible to pervert the Constitution, without changing its form by merely changing its form of administration  and to make it inconsistent and opposed to the spirit of the Constitution”. It is all the more important to recall that “constitutional morality is not a natural sentiment. It has to be cultivated.… Our people have yet to learn it. Democracy in India is only a top dressing on an Indian soil which is essentially undemocratic”.

Pratap Bhanu Mehta valuably reads Ambedkar as suggesting three distinctions: morality of  the Constitution, conventions and protocols of discretionary power when the constitutional text is silent and growth of belief (both obedience and loyalty) to constitutionalism by the rulers and the ruled. Ambedkar fondly quoted Grote (the Greek historian), who felt that constitutional morality “is an indispensable condition of government at once free and peaceable; since even any powerful and obstinate minority may render the working of a free institution impracticable without being strong enough to conquer the ascendancy for themselves”. The Court has developed the concept largely in this third sense with the help of able lawyers.

Naz provides one critical component—it holds that moral “indignation, howsoever strong, is not a valid basis for overriding individuals’ fundamental rights of dignity and privacy. In our scheme of things, constitutional morality must outweigh the argument of public morality, even if it be the majoritarian view”.

Is the hermeneutic adjudicatory leadership concept “dangerous”? Is it like “public policy”, often described as an unruly horse by many a common law judge? Not so because constitutional morality cannot be an individual justice’s patrimony, predilection or predisposition. It has to be a disciplined and collegiate interpretive concept. The Court has precisely tried to evolve such a concept and it has two dimensions.

The first concerns what Justices may do in performing the tasks of interpretation (call this an internal aspect). This comes into play in re-crafting approaches to constitutional construction.

The second concerns the external dimension—what Ambedkar named “the diffusion of constitutional morality” among those who govern and those who are governed. If one thinks of a cache of decisions in late 2018 when Chief Justice Dipak Misra was to retire, the impression of judicial adventurism which is dangerous to social and political order can plausibly be created. But a systematic exploration of the judicial evolution of the concept dispels this view.

The internal aspect comes to the foreground with and since the Delhi High Court Naz decision in 2007. It is carried forward in Manoj Narula (2014) and later in the cache of decisions in 2018. These decisions clearly prescribe adjudicatory ways to construe constitutional provisions, respecting at one and the same time the fundamental rights of individuals and the tasks of constitutional good governance. What presumably excites the ire of the AG is the second aspect. In Manoj, the Court (as per Chief Justice Dipak Misra) said that “the noble objectives of Justice, Liberty, Equality and Fraternity can only be achieved through the commitment and loyalty of the organs of the State to the principle of constitutional morality”.

Justice DY Chandrachud in Delhi, Lt Governor portrayed constitutional morality as a “governing ideal” that “highlights the need to preserve the trust of the people in institutions of democracy, just social cooperation, and coordination of pursuits of constitutional aspirations that cannot be achieved single-handedly”. It “encompasses not just the forms and procedures of the Constitution”, but provides an “enabling framework that allows a society the possibilities of self-renewal”.

Chief Justice Misra in Navtej mentions as the “overarching ideals of individual autonomy and liberty, equality for all sans discrimination of any kind, recognition of identity with dignity and privacy of human beings as basis for identifying violent social exclusion, discrimination and alienation” which is violative of constitutional morality, although tolerated, or even approved by civil society.

What can be found “dangerous” in such enunciations except that it disturbs dogmas that preach discrimination  and  exclusion as  public virtues? Was Professor Ronald Dworkin being dangerous when he felicitously proposed a “moral reading of the Constitution”? What are the other ways of reading where “fundamental rights” have systemically “eluded certain sections of our society who are still living in the bondage of dogmatic social norms, prejudiced notions, rigid stereotypes, parochial mindset and bigoted perceptions”?

The learned AG seems worried that the Court may begin to act as a “third chamber” if constitutional morality is deployed as a test; but should it, by the same token, leave everything, including the protection of fundamental rights, to the legislative-executive combine?

Take the recent situation brewing over divesting self-help groups of the responsibility of preparing mid-day meals for government schools. One result has been that the Akhsya Patra Foundation (an NGO of Hare Krishna Consciousness—ISKCON) is running very hygienic centralised food kitchens in many states. However, their own religious beliefs and dietary practices have resulted in a change of the menu so as to exclude eggs, garlic and onions from the prepared food. Many school children, parents, teachers unions, central government departments and leading scientific agencies have protested this dietary exclusion saying it deprived the children of minimal nutrition. And yet the divestment persists.

While there is no right to have a government contract, is it still a violation of the right to essential religious practice to enforce a choice of menu that includes these items? If so, does this amount to a discriminatory practice militating against religious groups for governmental contracts? Does the judicially created right to food under Article 21 create also a right to tasty food or will any diet do? Why cannot bland food still be made nutritious? Should sattvic aahaar (spiritually sanctioned food) always be held nutritionally superior to the well-nourished constitutional vichar (thought)?

Courts are constitutionally mandated to adjudicate matters which raise competing contentions regarding core human rights. Constitutional morality contains a set of goals and methods by which to address these conflicts. The apex court has never said that all public policy always offends constitutional morality, but only that the courts must choose the latter when the two are in visible conflict.

I hope that my good friend Venu finds ample scope for re-examination of his current expostulations and exhortations.