Will a national registry of rapists and paedophiles lead to faster and better sentencing, quicker                       prosecution and a more aware police force? 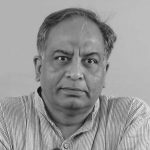 As a psychologist who has worked with sexual offenders for two decades, I have often been asked about the psychological profiles of the criminals I came across. The profile of someone committing homicide is often sought with the curiosity of a teenager who has read a murder mystery. This is unlike that of a terrorist’s profile. It is assumed that somehow he has learnt to hate his country because he was indoctrinated by some ideologue or faced some terrible injustice. Often, there is empathy for his condition. When it comes to rapists or paedophiles, this changes. The universal emotion against them is disgust mixed with hatred. This is not surprising. How can someone sexually assault a child or a defenceless person? In many prisons around the world, rapists and paedophiles are often segregated and kept away from other prisoners to stop them from getting lynched, so strong is the hatred towards them. In the hierarchy in prisons, they are at the lowest rung.

In Tihar Jail, rapists and paedophiles are often made to sleep next to the toilet at night after everyone has gone to sleep. On getting up in the morning, they have to clean the Indian toilet by hand with a piece of red brick till it rubs itself off. The argument is that they are the scum of the earth and need to be treated brutally. Any attempt to research or understand them always meets with considerable resistance. A former Delhi police commissioner, who was also the head of prisons, once asked me why I was researching on rapists and paedophiles whose face no one wants to see. “Is there anything to even understand about them?” he asked mockingly. “Is that even a topic for research? Ladki dekhi, uthake rape kar diya (He saw a girl and raped her). There is nothing more to rape than that.” This was the common attitude of most people towards those committing this heinous crime.

This brings us to the question of whether sexual offenders can be rehabilitated or reformed. Research till date shows no conclusive evidence that there is a programme that has been successful in changing their mindset about the crime they committed or changing their views about women or sexual approaches. They continue to hold fantasies and this is their guidepost about relationships almost their entire life. Several studies have shown that they find human relationships, especially with women, too complex to handle. They do not believe that one can have an equal relationship with a woman or one based on social parameters acceptable to society. Their idea of a relationship with a woman is based on dominance, violence and control and only that can lead to physical intimacy.

During my research in Tihar Jail, I would often be asked by these offenders about marriage, social norms and controls related to sexual activity. For them, sexual activity and enjoyment was meaningful only when linked to violence and control.

So does shaming rapists help or reform them to be free of their pathology? On the contrary, it does the opposite. It may excite them further as they feel they have regained control and affected the victim. Not too long ago, there was a function in Tihar Jail where schoolchildren came and sang songs on patriotism. It was a moving ceremony and they even tied rakhis on some of the prisoners. Almost all the undertrials and convicts were moved to tears except one group—the sexual offenders. I saw them get excited, seeing so many children together, and they behaved like teenagers watching a sensual woman. Some of them even seemed to be fantasising. No one apart from me and a few others noticed this. When the function was over, the children walked past these men. When I brought this to the notice of the head of the prisons, he was genuinely surprised and wondered how one could be so incapable of feeling emotion in a function like this.

In the light of these findings, one has to examine if having a national registry of rapists and paedophiles would help. It is believed that Andhra Pradesh will establish, operate and maintain such a registry and it will be called the “Women and Children Offenders Registry”. Besides societal reactions and legal attitudes, one has to see which direction such a registry will take. In whose interest will it be and will it be able to control this crime?

Today, the most important determinant of controlling crime is conducting research, both qualitative and quantitative, on the psyche of criminals, their modus operandi and signature styles. This is why many police forces across the world have set up behavioural science units and detailed registrars from where they can access data, join the dots and analyse the relationships that emerge in order to understand the variables that are causative factors in crime.

Some years ago, my team and I were called by the police in Mehrauli, Delhi, to interview a suspect and to find out if he was responsible for the rape and murder of a six-year-old girl. After a gruelling three days, he told us about the murder and added that this was not his first crime regarding children. A group of policemen did go in search of clues but in the absence of any recorded information, they came back empty handed. If there had been a register, they would have been able to link all the serial crimes he had committed.

Most often, sexual offenders are serial offenders and even when police officers stumble upon their past crimes, they are unable to proceed because of this drawback. A registry can have multiple benefits. It will bring awareness and control of the criminal justice system in an area shrouded in myths and misinformation. It will help to analyse data and aid law enforcement authorities in an area they know little about.

Will it bring fear in the minds of the rapist or paedophile? It is doubtful if such a step will help reduce or prevent sexual assaults. It may lead to faster and better sentencing, faster prosecution and a more aware police force. Establishing a sexual offenders’ registry is long due and in conjunction with a professional police force it may be the first step in controlling and reducing this heinous crime.