154,225FansLike
654,155FollowersFollow
0SubscribersSubscribe
Home Opinion on News A Village to ... 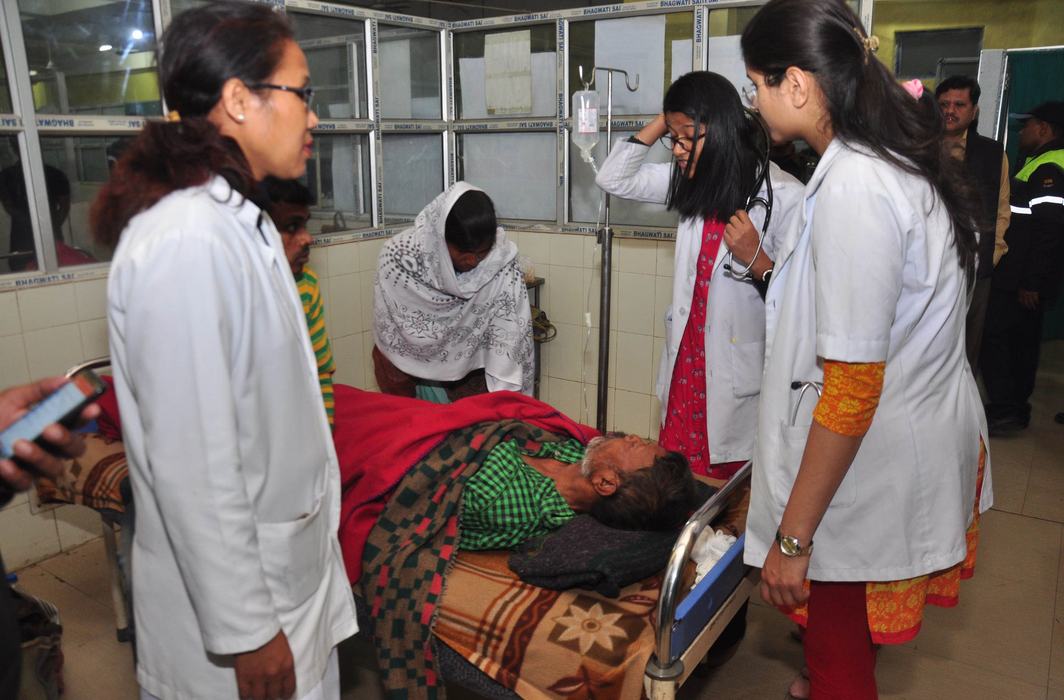 Above: It is imperative for doctors to learn rural and semi-urban healthcare systems and the needs of the community/Photo: UNI

The Medical Council of India has recommended that PG medical students must serve three months in a district hospital before they get their degrees. This is a welcome move

There are four types of patients. The first are ignorant patients who form the majority and belong to rural India or the rural-urban belt in cities and metros. They depend totally on doctors for treatment and decisions. They may or may not have access to Google but all of them need affordable healthcare. The second are informed patients who read Google and visit the doctor with half-baked knowledge and information. The third and fourth group are the empowered and enlightened patients, respectively, who want to share decision-making with their doctors. These are the patients who will go for the best services, hospitals and doctors.

It is the first category that is more important and both MBBS and post-graduate doctors need to understand and study the concept of affordable healthcare for this population. During my MBBS studies, CT scan, angiography, echo­cardiography and advanced lab facilities were not available and yet we managed patients with very low morbidity and mortality. This was possible only because we were stationed in a rural set-up.

If a medical college is situated in an urban set-up and students get exposed only to well-off patients, they will not be able to learn rural and semi-urban healthcare systems and the needs of the community. It is true that under Article 21, health is a fundamental right and under Article 14, we need to provide uniform care at the national level. But what is more important is not the magnitude of care but the standard of care.

I recall my first clinical posting in a district hospital of Wardha in Maharashtra way back in 1979 when I was posted with one Dr Kashyap. Together we were supposed to see 200 patients in two hours. I told him that this was practically impossible, but he taught me how to screen and use the principle of triage (the sorting of patients by priority for treatment, evacuation or transport) in OPD settings.

Kashyap reduced 50 percent of the patients in the first five minutes using this principle. There was a practice of issuing medicines for only three days in the district set-up. He first asked those who had come for refilling of the prescription to raise their hands and segregated them. Then he asked those with worsening of clinical symptoms to raise their hands. And the rest were told to go to the compounder for medicines for the next three days.

Then he asked those with itchy lesions in their finger webs to raise their hands. Scabies was common in that area. He gave all of them common instructions on how to use benzyl benzoate on their skin. This filtered out another 25 percent of the patients. The compounder was again asked to dispense the solution to all. Then he asked those with seasonal fever, cough and cold to raise their hands. Another 15 percent did so and common instructions were given and the compounder asked to dispense medicines to them. Now he was left with just 10 percent of the patients. These were either new or old cases which hadn’t improved even after three days of treatment. He had over 90 minutes to see them. We saw them with enough time to have a cup of tea also.

This type of understanding, knowledge and training can only take place when one has gone though the rigours of a rural set-up. In our rural posting, we were told how to treat a patient with minimum expenses and investigations. If that is not taught to us, we’ll never be able to understand and practise medicine and surgery in an area with minimal investigations, drugs and treatment. So I am personally for a rural posting within the MBBS or PG course and such students should go to rural areas after they have been given the degree or passed the exam.

Postgraduation in medicine in India is for three years and a three-month rural posting can begin at the start of the third year. After a student has completed his post-graduation, he will not be willing to go and practise in a rural area. A third-year PG student is senior enough to handle all emergencies.

When I was the national president of the Indian Medical Association, most medical students were against a compulsory posting in rural areas after doing their PG or MBBS. Those posted in a rural set-up for a year after MBBS should be awarded a diploma in rural medicine or rural surgery.

In my medical college—Mahatma Gandhi Institute of Medical Sciences, Wardha (Maharashtra)—in Sevagram, which is eight km from Wardha, in the first three months, we were allotted five families in a village and we were supposed to look after them for the next five years. Our community medicine exam was based on what we had done with those five families.

Currently, there is a move by the government to have PG medical students compulsorily serve three months in a district hospital before they get their degrees. The decision of the Board of Governors of the Medical Council of India was endorsed by the Central Council of Health and Family Welfare (CCHFW), the apex advisory body with representation from state governments, legislature, health ministry, NITI Aayog, and so on.

The resolution adopted at the meeting reads: “Considering the importance of medical education, the CCHFW resolves to take steps to increase the availability of doctors and specialists in the country to improve access to quality and affordable health care. The CCHFW further resolves for adoption and smooth implementation of District Residency Programme as may be provided for by MCI through regulations.”

Instead of opposing a rural stint, medical students should see it as a stepping stone to enhance their skills and knowledge. After all, isn’t that what serving the community is all about?

—The writer is President, Confederation of Medical Association of Asia and Oceania, and Heart Care Foundation of India