Above: A protest by the residents of Aarey colony/Photo: UNI

By Debi Goenka in Mumbai

The Supreme Court once again stepped in to provide succour and stem the heightened emotions unleashed by the felling of trees in Aarey. The case saw environmentalists, activists and citizens fight to save the trees and Mumbai’s last lungs.

The case had come up before the Bombay High Court which dismissed a petition by activist Zoru Bhathena challenging the Brihanmumbai Municipal Corporation’s decision to cut down 2,646 trees for the construction of a Metro car shed at Aarey. The Court also dismissed a petition filed by an NGO, Vanashakti, to declare Aarey a forest. “The issue is pending before the Supreme Court and the National Green Tribunal. Hence, we are dismissing the petition on the Principle of Comity and not on merits,” the Court said.

However, the Supreme Court stayed any further cutting down of trees at Aarey when Rishav Ranjan, a law student from Delhi, moved the chief justice of India, Ranjan Gogoi, on October 6. This resulted in a special bench being constituted to hear the matter the next day. Residents and environmentalists fear that the car depot coming up will destroy biodiversity and pave the way for further land exploitation in Aarey.

The Aarey Milk Colony was set up by the government in 1949 with the idea of relocating all the stables within Bombay to the distant suburb of Goregaon. It now comprises about 1,300 hectares of land. In 1969, about 2,076 hectares was handed over to the forest department for expansion of the Sanjay Gandhi National Park (SGNP). In 1977, another 200 hectares was carved out for setting up Film City. Land was also given to various central government organisations such as the Central Poultry Farm, Modern Bakery, NDDB and RBI and to state government institutions such as the Mumbai Veterinary College, Municipal Corporation of Greater Mumbai (MCGM), Fishery Department and so on. Land was also leased out to Bollywood biggies for setting up film studios and “academies”. About 190 acres was also transferred to the forest department in 2017 for setting up a research breeding centre and zoo and for rehabilitating tribals from inside the SGNP.

In addition, there is a sub-station and office block belonging to Adani Power and a huge chunk of 90 hectares occupied by Royal Palms. These include a 223-room five-star hotel, an 18-hole golf course inaugurated by Shiv Sena supremo Balasaheb Thackeray, a country club, four IT-based and other office buildings, bungalows and so on. More residential buildings, hotels, villas and a mall are in the pipeline. There has also been encroachment by slums. The transport department is also seeking land for a vehicle test track.

The current controversy erupted over the proposed use of about 33 hectares for constructing a car shed for the Metro project. The site chosen involves the cutting down of about 3,000 trees. There are also apprehensions that further plots will be allotted for construction of a Metro Bhavan and other commercial buildings. The use of Transfer of Development Rights entitlements cannot be ruled out.

There are two issues at the heart of the controversy—the first is whether Aarey Milk Colony is a “forest” or not. The second is whether alternative sites are available for the Metro car shed that won’t need the cutting down of thousands of trees.

It is quite clear that the Aarey Milk Colony lands are not recorded as forests in the government records even though for all practical purposes, it is an extension of the SGNP and is rich in flora and fauna. Leopards roam freely within Aarey even today.

An application by Vanashakti in the National Green Tribunal (NGT) seeking a declaration that the Aarey Milk Colony was a forest was dismissed on the grounds that the NGT had no power to notify land as forests. A similar application by Zoru Bhathena was dismissed by the Bombay High Court in 2018. The SLP filed by Bhathena against this judgment is pending in the Supreme Court.

On October 4, 2019, the Bombay High Court dismissed three petitions filed by Bhathena and Vanashakti challenging the decision of the Tree Authority (of MCGM) to permit the cutting down of more than 2,000 trees, and also challenging the failure of the state government to accept the classification of Aarey as a forest. The High Court was moved again on October 5 (a Saturday) and a special bench constituted again refused to stay the cutting down of the trees.

The Court held that as there were no procedural improprieties in the manner in which the Tree Authority had processed the application for tree felling, there was no need for judicial intervention. As for the issue of Aarey being a forest or not, the Court declined to examine the issue based on the Principle of Comity as it was informed that similar cases were pending in both the Supreme Court and NGT. In addition to dismissing these petitions, the Court also imposed a fine of Rs 50,000 on Yashwant Jadhav, a corporator who is a member of the Tree Authority, for filing a frivolous petition.

Incredibly, the MCGM, which is known for its slothfulness, and the Mumbai Metro Rail Corporation Limited commenced the cutting down of trees in the dead of night on October 4 itself. It continued for the next two days.

Protesters who took to the streets were roughed up and arrested. Apparently, even tribal girls who resided inside Aarey Milk Colony were picked up and detained. An important arterial road—the Jogeshwari Vikhroli Link Road—was blocked by the police, leading to traffic chaos. The protesters were released on October 6, thanks to the intervention of several lawyers who moved the sessions court. However, the protesters were asked to submit personal bonds of Rs 7,000 each.

On October 6, a Sunday, Rishav Ranjan, a law student in Delhi, moved CJI Ranjan Gogoi. To his credit, even though Justice Gogoi was not in town, he immediately constituted a special bench to hear the matter on October 7 even though the Supreme Court had closed for the Dussehra holidays.

This special bench, comprising Justices Arun Mishra and Ashok Bhushan, stayed the felling of any more trees and ordered that status quo be maintained. The bench also ordered that all the protesters be released on their furnishing personal bonds. The next date of the hearing has been fixed for October 21.

Aditya Thackeray of the Shiv Sena came in for huge criticism because of the failure of his party (that controls the MCGM) to stop the tree felling. The Shiv Sena has now promised to declare Aarey a forest (if it comes back to power) and also replant the number of trees that have been cut down. 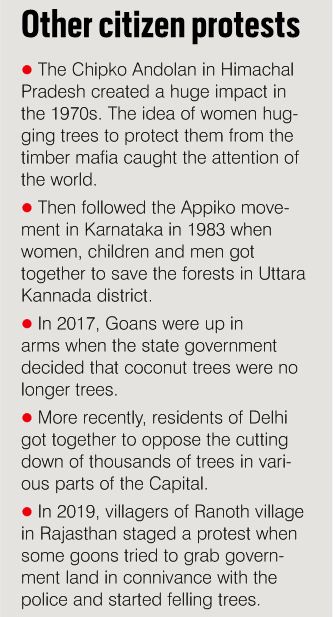 However, what is important is the landmark order of the Supreme Court on December 12, 1996, in the famous TN Godavarman case. Here, the Court directed that the definition of forests could not be restricted to legally notified forests. It held that any land that had forests as per the dictionary meaning of the word forest would be treated as such and the provisions of the Forest (Conservation) Act, 1980, would be applicable. State governments were directed to carry out surveys and submit affidavits placing on record all such lands within their respective jurisdictions.

Unfortunately for Aarey, the committee appointed by the state government for Mumbai Suburban District was not diligent. The three-member committee, comprising the collector, divisional forest officer (DFO) in charge of the SGNP and the superintendent of land records did their job in secrecy. There was no public announcement nor was there any public participation. An appeal made by me to the collector and DFO to include Aarey as a forest was rejected.

In 1997, the Maharashtra forest department filed its affidavit in the TN Godavarman Case. As far as the Mumbai Suburban District authorities were concerned, only some mangrove patches were identified as “forests as per the dictionary meaning”. Unfortunately, this issue is still pending before the top court. Hopefully, it will reject the report of the government committee and order a resurvey.

The Metro line in the present controversy will ply from Colaba (in south Mumbai) to the Santacruz Electronics Export Processing Zone (SEEPZ), an SEZ in Andheri East on the edge of Aarey. The government is also to implement the Metro 6 project, which will ply from Lokhandwala (on the west coast) to Vikhroli (on the east). The two metro lines will intersect at SEEPZ. As land for the car shed for Metro 6 has been identified near Vikhroli, the question is why can’t the two Metro lines share the same car shed.

Initially, the stand being taken was that this plot was mired in litigation and was, therefore, not available. The second argument was that the cost of acquisition would be Rs 5,000 crore, whereas the government land at Aarey was free. A fact check revealed that the plot near Vikhroli was not under litigation.

It is hoped that the Supreme Court will continue with the stay and order a resurvey of land in Mumbai as per its landmark order of December 12, 1996. 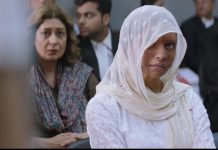