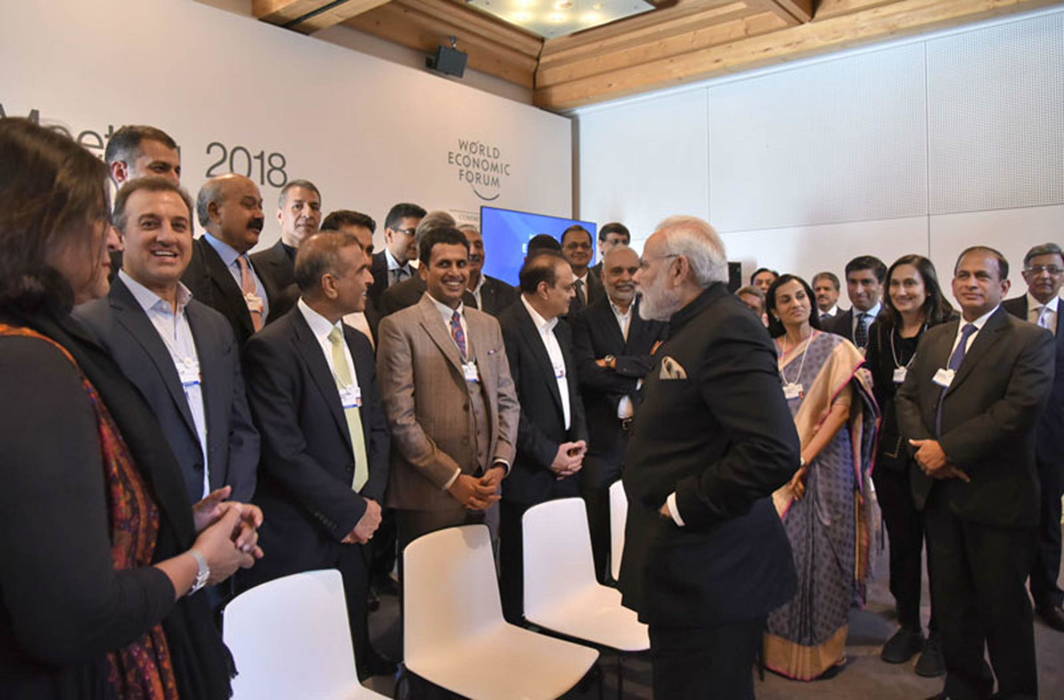 Taxing those who create wealth and giving it to freeloaders has led to millionaires leaving India. Embracing socialism is not the panacea for India’s ills, and the PM seems to have realised that

In September 2015, Opposition leader Rahul Gandhi chided the Modi government for being a “suit-boot-ki-sarkar”. The implication was that Modi, who was supportive of industry and capitalism, was, by some perverse logic, against the poor. Modi, who comes from a humble background, was so rattled by that remark, and its implied association with capitalism, that he abandoned his innate belief in the private sector being the primary source of wealth and job creation.

As a result of Modi’s U-turn towards socialist policies, India saw three years of sub-par growth. Private investment fell to a seven-year low. Modi has made his share of mistakes, but the biggest was his turn towards the Robin Hood-style politics of taxing those who create wealth and giving it to the freeloaders of society. More than 23,000 millionaires (according to Morgan Stanley) have left India since Modi’s election, mainly in response to the witch-hunt for black money.

If Modi is to regain his pro-development mojo, he must ignore Gandhi’s socialist jibes and recognise that without the private sector, the risk-takers and wealth-creators, India would be back to the “Hindu” growth rate which was the hallmark of the first 44 years of the country’s post-independence history.

India needs to come to grips with the kind of economic system it should ad-opt. Rational people looking at the evidence have long reached the conclusion that capitalism is the best, the most practical, and the most moral system in human history. It has a proven track record of bringing more people out of
poverty than any other system in human history. The successful development of India after its 1991 liberalisation, the rapid economic growth of Eastern Bloc countries that embraced free markets and capitalism, the economic histories of China, Japan, South Korea and their successful experience with market economies—these are but growing evidence of the success of capitalism.

India also needs to decide whether it wants to relieve or remove poverty be-cause they represent two opposite philosophies. If the objective is to relieve poverty, then providing handouts to the poor and the kind of socialism Gandhi supports is the appropriate way forward. But surely even Gandhi, with his limited knowledge of economic history, can’t be oblivious to recent economic disasters in countries like Zimbabwe and Venezuela which embraced the kind of poverty-relieving philosophies he supports.

The politics of heavily taxing the rich and giving handouts to the poor has never worked because eventually, as Margaret Thatcher said, “you run out of other people’s money”. Tax them too much, and attack them for being wealthy, and the people who create wealth and jobs might leave, and when they do, the party is over. The Ponzi scheme, of taking from one and giving to the other while keeping a share for yourself, eventually collapses. That is what is happening in Venezuela. India needs to avoid this economic model because that would take the country back to the days of 3.6 percent growth and 45 percent poverty.

Instead, the focus should be on re-moving poverty—eliminating it from the root by creating wealth through economic growth and development. The vast majority of India’s poor would rather have the opportunity to wean themselves out of poverty than rely on the niggardly support provided by the government. This was the model Modi embarked on in 2014, a policy of self-responsibility, economic development and expansion of economic opportunities for all. And for a year, it worked well. Economic growth in his first year was above eight percent, there was the “Startup India” initiative to encourage entrepreneurship and significant progress was made to re-vamp the corrupt welfare system. But that was before the unfortunate Gandhi rebuke and Modi’s disastrous and abrupt U-turn.

Which brings us to another critical question. Why do people like Gandhi, who personally enjoy all the trappings of wealth, scorn capitalism? What is wrong with Indians wearing suits and boots? Modern India is an aspirational nation which wants to show the world that it has come a long way from the dog days of widespread impoverishment and famine. People want to be judged by their accomplishments, not by what they wear. When people in responsible positions choose to ignore the obvious, one has to conclude that their antagonism towards capitalism appears to be a deeper-rooted psychological problem. When people of reasonable intelligence are blind to the truth, then there have to be other reasons motivating them to distort the facts on capitalism.

Gandhi is genetically program-med to the virtues of big government and “the State knows best” policies—successive Congress governments led by his great-grandfather, grandmother, and father have all subscribed to socialist principles. It took non-Gandhi leaders like PV Narasimha Rao and Manmohan Singh to wean India from the devastating clutches of socialism and towards free market capitalism. Surely Gandhi is aware of India’s economic history.

During the socialist years from 1947 to 1991, the average poverty rate was 45 percent—essentially one out of every two Indians was poor. Today, after two decades of capitalism, the poverty rate is less than 18 percent. Average annual GDP rate in the socialist era of Gandhi’s forefathers was 3.6 percent; in the years after economic liberalisation, it doubled to 6.8 percent.

In a Freudian slip, Gandhi once re-marked that the poor people of India were the base of his political party. That gives us a peek into the vested interest he has in promoting socialism. He knows that socialist systems don’t re-move poverty, which suits him perfectly well. The higher the number of poor, the larger his political base.

Bestselling novelist Ayn Rand argued that this compulsive ignorance and hat-red for capitalism is the result of an in-compatibility with the notion of self-responsibility. In socialism, the State knows best, so individuals don’t have to be responsible for their own welfare—they abdicate that responsibility to the State. The State in return gives them “rights”—the right to free healthcare, the right to free education, the right to minimum support prices for their product, the right to preferential treatment thro-ugh quotas. Unlike rights like life and liberty that come from nature, rights to jobs, food, clothing, homes, medical care, education, etc., are goods and services produced by people. So, someone is required to pay for them. And therein lies the problem with socialism. It is a system that survives not on self-responsibility and individual productivity, but on taking from others. And it works fine until the others leave or run out of money. That’s when the pack of cards collapses.

The problem with socialists like Gandhi is that they think in one dimension. They assume a fixed pie, so to give more to the poor they have to take more from the rich. But real human development comes from expanding the size of the pie and improvement for all. The idea of progress is to make the poor rich and not the rich poor. The only equality that comes from socialism is equal misery, and India does not need that anymore.

It was, therefore, refreshing to see Narendra Modi recently re-embrace private industry and acknowledge its role in wealth and job creation. He won in 2014 by promising to advance the ideals of minimum government and free market capitalism. He could win again in 2019 if he takes another U-turn towards policies of economic liberalisation and freedom from the State.