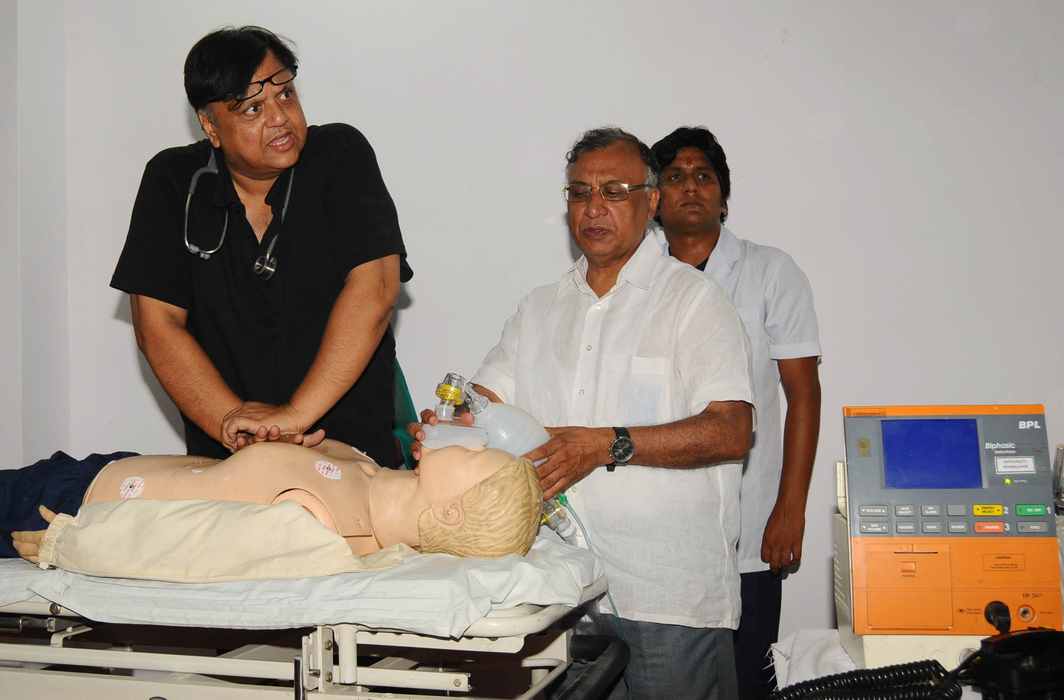 Above: A cardio-pulmonary resuscitation training programme being conducted by doctors/Photo: UNI

The Indian Council of Medical Research will soon have guidelines for doctors on whether to perform cardio-pulmonary resuscitation on patients with low survival chances. But are they needed when the MCI and the apex court have already given extensive guidelines? 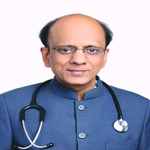 Whether to pull the plug or not on a terminally ill patient is often a vexed ethical question for both relatives and physicians. The Indian Council of Medical Research (ICMR) is soon set to finalise principles that will guide physicians on whether to perform cardio-pulmonary resuscitation (CPR) and put the patient on a ventilator if he has an incurable disease where the survival chances are slim.

Currently, the law applicable in this regard is MCI ethics regulation 6.7 which deals with euthanasia. It says that practising euthanasia shall constitute unethical conduct. However, on specific occasions, the question of withdrawing supporting devices to sustain cardio-pulmonary function even after brain death shall be decided only by a team of doctors and not merely by the treating physician.

In Common Cause versus Union of India, 2018, a Constitution bench of the Supreme Court led by then CJI Dipak Misra held that an advance medical directive (AMD) would serve as a good means to facilitate the fructification of the sacrosanct right to life with dignity. The said directive will dispel many doubts during the course of treatment of the patient. That apart, it will strengthen the mind of the treating doctors as they will be in a position to ensure that they are acting in a lawful manner. However, AMD cannot operate in abstraction. The judgment has enumerated various safeguards and procedures of AMD, including who can execute it and its contents. Some of the safeguards are:

There is a distinction between the administration of lethal injection/certain medicines to cause painless death and non-administration of certain treatments which can prolong the life in cases where the process of dying is not reversible. The first is an overt act, whereas the second would be informed consent and authorised omission. An omission of such a nature will not invite any criminal liability if it is guided by certain safeguards. The concept is based on non-prolongation of life where there is no cure and where the patient under no circumstances would have liked to be in such a degrading state.

In Common Cause versus Union of India, the Constitution bench held that euthanasia is basically an intentional premature termination of another person’s life, either by direct intervention (active euthanasia) or by withholding life-prolonging measures and resources (passive euthanasia) on the express or implied request of that person or in the absence of it. Active euthanasia also includes physician-assisted suicide, where injection or drugs is supplied by the physician. But the act of administration is undertaken by the patient himself. Active euthanasia is not permissible in most countries.

Passive euthanasia occurs when medical practitioners do not provide life-sustaining treatment or the patient is removed from such treatment. This could include disconnecting life-support machines or feeding tubes or not carrying out life-saving operations or providing such drugs. In such cases, the omission by the medical practitioner is not treated as the cause of death; instead, the patient is understood to have died because of his underlying condition.

With such extensive guidelines, we as medical professionals fail to understand the need to frame more guidelines in this regard. We are now in a dilemma about whether to follow MCI’s guidelines or the Supreme Court’s legal guidelines.

The national consultation meeting on “Do Not Attempt Resuscitation” (DNAR) under the chairmanship of Prof Balram Bhargava, Director General, ICMR, and Secretary, Department of Health Research, is scheduled soon. Dr Bhargava reportedly said: “There are many terminally-ill patients who know they are not going to make it, their relatives also know that they are not going to make it. The DNAR is just a way for them to exercise the option of not being put on ventilator. Many other countries have DNAR guidelines.”

DNAR is different from physician-assisted dying where medication, a prescription, information or other interventions are given to the patient with the understanding that he intends to use them to commit suicide.

It added: “No physician should be forced to participate in euthanasia or assisted suicide, nor should any physician be obliged to make referral decisions to this end.”

The declaration said: “Separately, the physician who respects the basic right of the patient to decline medical treatment does not act unethically in forgoing or withholding unwanted care, even if respecting such a wish results in the death of the patient.”

The revised declaration defines euthanasia as “a physician deliberately administering a lethal substance or carrying out an intervention to cause the death of a patient with decision-making capacity at the patient’s own voluntary request”. It says that physician-assisted suicide “refers to cases in which, at the voluntary request of a patient with decision-making capacity, a physician deliberately enables a patient to end his or her own life by prescribing or providing medical substances with the intent to bring about death”.