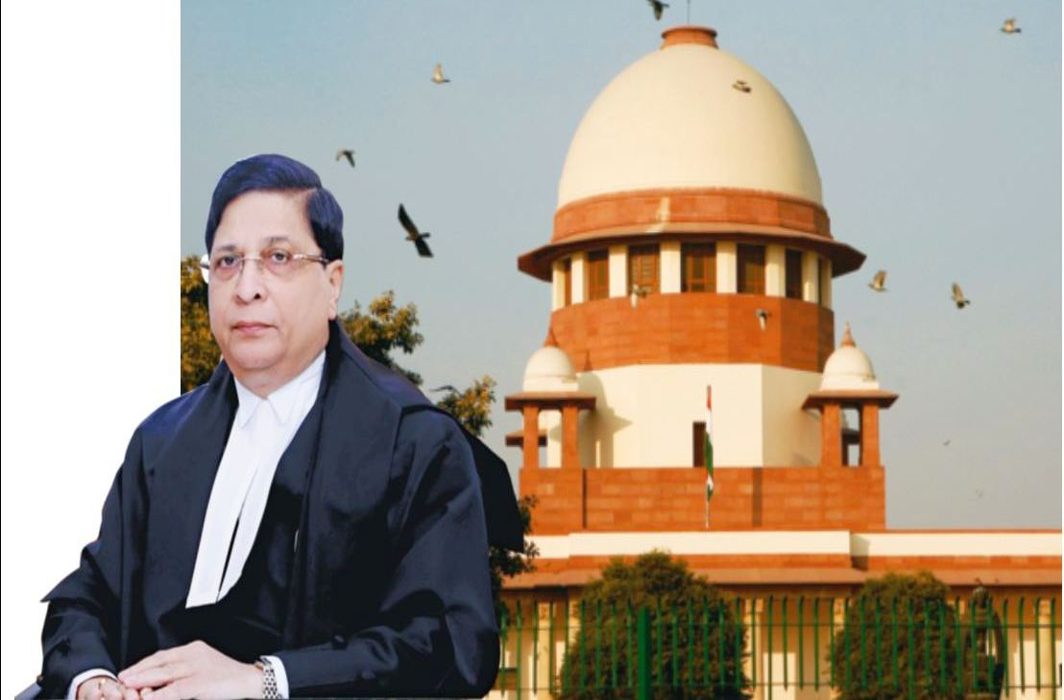 Above: The Chief Justice of India, Dipak Misra and the Supreme Court/Photo: Anil Shakya

It has been reported in the media that some politicians are toying with the idea of initiating impeachment proceedings against Chief Justice of India (CJI) Dipak Misra. This appears to be in reference to the recent controversy about allocation of work among four brother judges of the Supreme Court by the CJI.

A judge of the Supreme Court is not removable during his tenure except by adopting the procedure prescribed in Article 124(4) of the Constitution. The motion recommending his removal has to be only on the ground of proved misbehaviour or incapacity. Protection has been given to the judges of the Supreme Court and high courts in the interest of their independence. They should dispense justice without fear or favour.

There is a material difference between the motion of no-confidence against a council of ministers and one that seeks the removal of a judge. A motion of no-confidence in a legislature serves an opportunity to criticise the policies of the government in office. It succeeds only on very few occasions. Even if it fails, the purpose is served. Such motions do not injure the prestige of parliament, the state legislature or parliamentary democracy as a system. 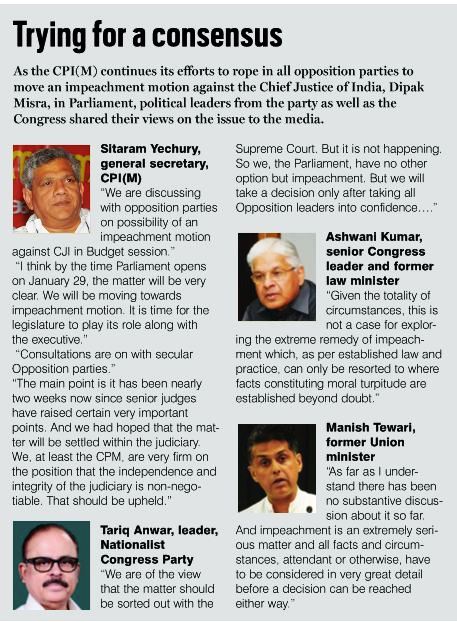 The motion of impeachment against a judge has wider and more serious implications. It creates an impression in the public mind that the judicial system on which we rely so much is not trustworthy. Even if the motion fails, the damage is done. The scar is always visible to the public eye. People may forget the names of the incumbents sought to be impeached, but they remember the institution.

The political atmosphere in the country is today so polluted that it is impossible to have any serious discussion with a cool mind. Let us hope that this will not infect other areas of public life. Judges and the judiciary are sometimes subjected to unfounded allegations. Against this background, it is necessary to be cautious while taking any step which will affect the judiciary as an institution.

What kind of misbehaviour by a judge would be a justifiable ground for removal? The question is not easy to answer. But it can safely be said that any degree of suspicion about a possible future act or omission will not constitute misbehaviour. Previous attempts to remove judges through impeachment are well known. Such a move rarely culminates in removal, it only affects the credibility of the institution in the public mind. This possibility should be weighed against the likely political gain.

The procedure prescribed for removal of a judge of the Supreme Court or a high court is difficult and time-consuming. There is the inherent possibility of seeking the removal of a judge or defending a judge for the wrong reasons. Political views are likely to get prominence over the impartial examination of the allegations against the judge. This has rendered the remedy ineffective.

In-house machinery is sought to be put to use as a correctional measure. Unless such a procedure is incorporated in the Constitution, it may not serve in all circumstances. Any such procedure is bound to be supervised by the CJI. If the allegation of impropriety is against the  head of the institution itself, who will lead the action? The makers of the Constitution had devised checks and balances and authorised parliament to act in such cases.

All governments have a tendency to overpower the judiciary. Therefore, it is always better that the judicial fraternity sits together and finds a solution on its own. The prime consideration would naturally be to protect judicial independence.

—The writer is a former judge of Bombay High Court