The Telangana CM has demanded abolition of Concurrent List. This is a half-baked suggestion as the List includes items of common concern for states and the centre, and should be enlarged 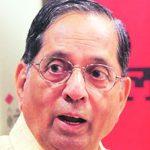 K Chandrashekar Rao, chief minister of Telangana, who won a second term with a comfortable majority in the recent elections and who has ambitions to play a major role in national politics, has stressed the importance of giving more autonomy to states. He has suggested that the Concurrent List in the Seventh Schedule of the Constitution should be done away with. He believes that state governments should be free to decide what is in their best interest. “I am going to give a new definition to the political scenario in this country,” he proclaimed recently (The Indian Express, December 17, 2018, p. 10). Such half-baked, ill-considered pronouncements by someone who has prime-ministerial ambitions are worrying.

At the outset, it needs to be stated that the Concurrent List includes, among others, items of common concern for states and the centre such as civil and criminal laws and procedures, education, administration of justice and electricity. The importance of having a nation-wide common approach on a number of such subjects can be readily appreciated. Pooling the resources of states and the centre can go a long way in meeting the ever-rising expectations of people. This is amply brought out by the sizeable investments made by the central government in the electricity sector to supplement the efforts of states. To leave all these subjects entirely to states will retard the progress of the country.

It may be pertinent to note that when the eternal question of powers of the Dominion government to legislate on matters falling in the state’s concerns was raised by the State of Ontario in Canada, the Privy Council applying the test of “national concerns” had held that if the subject matter of the legislation goes beyond local or provincial concerns or interests…it must be treated as affecting the peace, order and good governance of Canada (Ontario (AG) vs Canada Temperance Federation). Thus, universally, the tendency is to look at issues in the larger national perspective. In the case of India too, in the light of experience so far, the Concurrent List needs to be enlarged, rather than curtailed, leave aside abolishing it.

The Indian Constitution is one of the more successful constitutions adopted by any country in recent years. It has been flexible enough to incorporate over 120 amendments considered necessary from time to time in the last 68 years. Except for some highly controversial amendments effected during the term of Indira Gandhi as prime minister, most of the others were well conceived and largely welcomed. Significantly, a few of these led to the transfer of some subjects from the State List to the Concurrent List. These included administration of justice; constitution and organisation of all courts (except the Supreme Court and High Courts which were always in the Union List); education, including technical education, medical education and universities; trade and commerce; forests, protection of wild animals and birds; and weights and measures.

In a number of countries, the trend is towards greater centralisation of powers, rather than decentralisation. The decisions of the highest courts in these countries, too, have contributed to this development. The forces of globalisation and the compulsions of increasing international competition, too, have underlined the importance of adopting national policies on a number of subjects. An article by Dr KK Aggarwal titled “One India-One Health Policy?” in the India Legal issue of December 24, 2018, for example, makes a plea for adoption of a national health policy on the lines of the national eligibility-cum-entrance test. It has been gratifying to see that the initial resistance of some states such as Tamil Nadu to the entrance test for admission to medical colleges in the country has disappeared completely. There are indications of greater acceptance of the proposal for setting up more all-India services such as for the subordinate judicial service. Laying down all-India standards for various subjects, institutions and services is the only way in which the productivity, efficiency and quality of life can be improved.

The concept of federalism is being increasingly bandied about by political parties and states in the context of the Lok Sabha elections this year. At the outset, it needs to be underlined that India is not a federation. The Constitution clearly states that India is a union of states. But, for ensuring a smooth working relationship between the Union and states, the founding fathers of the Constitution had consciously included several features of federalism in it. The Constitution can, therefore, rightly be described as quasi-federal. It has also been variously described as a union of federal states, pragmatic federalism, asymmetrical federalism, and amphibian federalism.

The political rhetoric of federalism is being increasingly used by states to oppose even some worthwhile proposals made by the Union government. Two recent examples bring this out. Railway police is a state subject. This police, belonging to the railway ministry, is responsible only for watch and ward duties. As has been seen, in the case of offences during travel, the victim has to run from pillar to post to register the offence in the relevant police jurisdiction. It is imperative that the railway police is given powers under the Police Act. Such a proposal made by the ministry of railways was strongly opposed by some states on the ground that it would dilute their powers!

Another issue was that of Lokayuktas who had been repeatedly urging in their annual conferences that a uniform all-India law should be enacted to increase their powers and make their offices more effective. Such a proposal was opposed by some states on the specious ground that it would militate against the federal spirit of the Constitution, whatever it means!

One is unable to see why there should not be an all-India law for police, but this too has been opposed on the ground that police is a state subject. Each state can enact special provisions in the said law to suit its requirements, but there is every justification to have an all-India law on police with common features such as recruitment, training, representation to minorities, women and weaker sections, emphasis on human rights, redressal of public grievan­ces, upholding the rule of law, uniform policy on transfers, fixation of tenure and so on. Why should there not be a national policy on eradication of corruption? Why should autonomy of states intrude into these matters?

When the Constitution was framed, the menace of terrorism was not as prevalent or as acute as at present. Several crimes are now seen to have not only an all-India spread but have international ramifications. Serious and widespread communal violence in places such as Godhra, Mumbai and Ahmedabad, to name a few, had national repercussions. The demolition of Babri Masjid by frenzied mobs with active connivance of the state government was a new experience which was not foreseen by the framers of the Constitution. It is shocking that in a continental-size country with so many diversities, India cannot have a federal civil police. In this light, it is imperative that the entries “police and public order” are shifted from the State List to the Concurrent List.

It is necessary that these concerns are looked at in the larger national perspective rather than from the narrow confines of autonomy of states. It is also necessary that they are considered keeping in mind India’s emergence as a regional power. The role of the state has to be that of a facilitator in every way. Towards this end, some subjects must not be dealt with even at the state level. Some must be entrusted at the municipal or even the lower level of a village panchayat. But there are a large number of subjects on which a national perspective is necessary.

India has set an outstanding example of co-operative federalism by enacting the Goods and Services Tax. All political parties have come together in achieving this. The UPA government, led by the Congress itself, had taken the initiative in the matter, though it is now being unfairly derided by Rahul Gandhi, the Congress president, as a Gabber Singh Tax! This is ridiculous, to put it mildly.

I have been suggesting for quite some time that for the CBI, a governing council comprising the prime minister, concerned central ministers, and some chief ministers, by rotation could be constituted to oversee larger policy matters pertaining to the organisation. This would go a long way in reducing the resistance of states to the enactment of a separate law for the CBI. The constitutional mechanism of Inter-State Council ought to be used more effectively and purposefully to discuss and resolve centre-state issues. With political maturity and statesmanship, innovative app­roaches can be developed to impart a new meaning and content to India’s quasi-federalism.

—The writer is a former home secretary and secretary, justice, Government of India. The essay is based on his forthcoming book, “India’s Quasi-federalism—Faultlines, Challenges and Opportunities”