Above: The PIL states that the Congress party uses a flag similar to the national flag/Photo: UNI

A PIL in the Delhi High Court seeks de-registration of political parties that have religious, caste, ethnic and other connotations and use a flag similar to the national flag, unless they rectify these issues within three months

In his epic play, Romeo and Juliet, William Shakespeare famously said: “What’s in a name? That which we call a rose, by any other name would smell as sweet.” But a Delhi advocate—Ashwini Kumar Upadhyay—does not seem to think so. On a PIL filed by him seeking to review the names of political parties, the Delhi High Court issued notice to the centre and the Election Commission of India (EC) last month.

The PIL said: “Presently there are many political parties such as Hindu Sena, All India Majlis-e-Ittehadul Muslimeen, Indian Union Muslim League etc with religious, caste, ethnic, linguistic connotations. In addition, there are political parties including Indian National Congress (INC), which use a flag similar to the national flag, which is against the spirit of Section 123 of the RPA, 1951. Petitioner is filing this petition to review the political parties, registered with religious, caste, ethnic, linguistic connotations and use the flag similar to national flag, and de-register them if they fail to rename and change their flag within three months.” Considering the timing—the notice was issued a day after the massive mandate in favour of the ruling BJP and near-decimation of the INC—it is obvious which political party is the target!

The issue of power to de-register political parties has occupied the EC for quite some time. It was in December 2016 that the former CEC, Dr Nasim Zaidi, presented an elaborate list of electoral reforms to the Government of India and placed the same in the public domain. It has 10 chapters and one of them deals with “de-registration of political parties”. The document says that Section 29A of the Representation of the People Act, 1951, empowers the EC to register associations and bodies as political parties, but not to de-register them on any grounds. However, in Indian National Congress (I) vs Institute of Social Welfare and Ors (2002), the Supreme Court held that there are three exceptions where the Commission can review its order registering a political party.

The first is when a political party obtains registration by playing a fraud on the Commission. It is almost a settled law that fraud vitiates any act or order passed by any quasi-judicial authority even if no power of review is conferred upon it. In fact, fraud vitiates all actions. In Smith vs East Ellis Rural Distt Council (1956), it was stated that the effect of fraud would normally be to vitiate all acts and orders. In Indian Bank vs Satyam Fibres (India) Pvt Ltd (1996), it was held that the power to cancel/ recall an order which has been obtained by forgery or fraud applies not only to courts of law, but also statutory tribunals which do not have the power of review. Thus, if fraud or forgery practised by a political party while obtaining a registration comes to the notice of the EC, it is open to the Commission to de-register such a political party.

The second is where a political party changes its nomenclature of association, rules and regulation, abrogating the provisions therein conforming to the provisions of Section 29A(5) or intimating the Commission that it has ceased to have faith and allegiance to the Constitution of India or to the principles of socialism, secularism and democracy, or it would not uphold the sovereignty, unity and integrity of India so as to comply with the provisions of Section 29A(5). In such a case, the very substratum on which the party obtained registration is knocked off, and the Commission in its ancillary power can undo the registration of a political party.

The third category would be where a registered political party is declared unlawful by the central government under the provisions of the Unlawful Activities (Prevention) Act, 1967, or any other similar law. In such cases, the power of the Commission to cancel the registration of a political party is sustainable on the settled legal principle that when a statutory authority is conferred with a power, all incidental and ancillary powers to effectuate such power are within the conferment of the power, although not expressly conferred.

Parliament had deliberately omitted to vest the EC with the power to de-register a political party for non-compliance with the conditions for the grant of such registration. This may be because under the Constitution, the EC is required to function independently and ensure free and fair elections. An inquiry into non-compliance with the conditions for the grant of registration might involve the Commission in matters of a political nature and could mean monitoring by the Commission of political activities, programmes and ideologies of political parties.

Nevertheless, on June 30, 1994, the Representation of the People (Second Amendment) Bill was introduced in the Lok Sabha, proposing to introduce Section 29-B whereunder a complaint can be made to the High Court within whose jurisdiction the main office of a political party is situated for cancelling the registration of the party on the ground that it bears a religious name, or that its memorandum or rules and regulations no longer conform to the provisions of Section 29-A(5), or that its activities are not in accordance with the said memorandum or rules and regulations. However, this bill lapsed on the dissolution of the Lok Sabha in 1996.

A recommendation by the Parliamentary Standing Committee on Personnel, Public Grievances, Law and Justice in its 61st report on Electoral Reforms–Code of Conduct for Political Parties & Anti Defection Law states: “Under Section 29(A) Representation of People Act, 1951, the Election Commission of India has been given power to register political parties but the power of de-registration of political parties has not been given to Election Commission of India under that law. However, the Election Commission of India has assumed the power under para 16A of the Election Symbol (Reservation and Allotment) Order, 1968 to de-recognise the political parties in the event of violation of Model Code of Conduct. The net effect of de-recognition of political party makes that party almost dysfunctional as its symbol is taken away. The Committee, therefore, recommends that the power to de-recognise political parties on account of violation of Model Code of Conduct may be incorporated in the Representation of People Act, 1951 itself.”

Even if this recommendation is accepted and acted upon, the EC will have statutory powers to de-register political parties only for serious violations of the MCC and nothing else. Hence Upadhyay’s PIL is infructuous and non est, unless there is a larger conspiracy to finish off whatever is left of the INC as part of carving a “New India”. But with today’s EC being what it is, anything is possible! 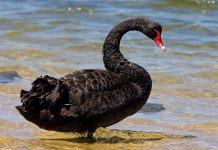