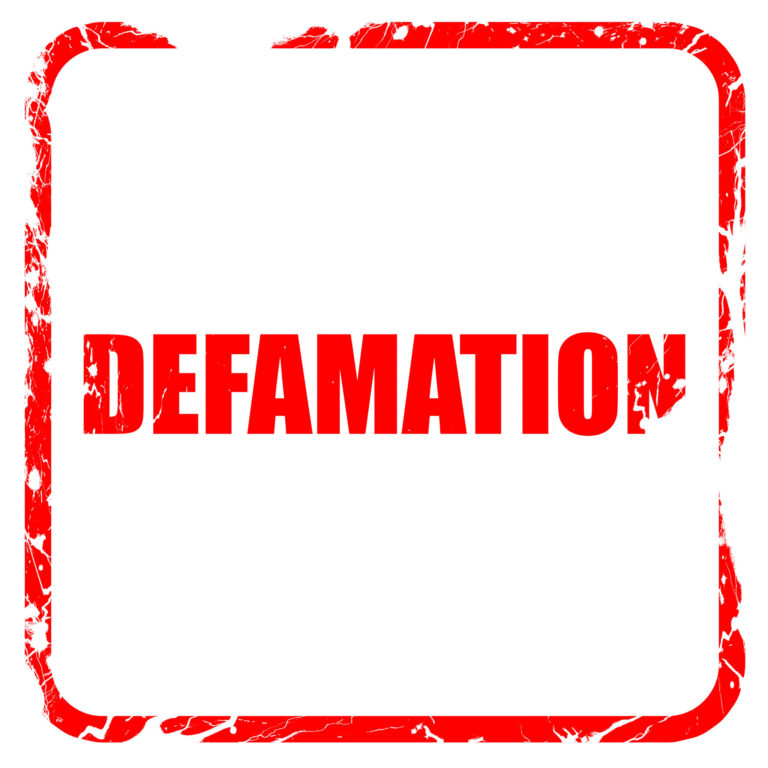 In the light of numerous defamation cases being filed against the media today, it is time to consider whether this law is at all relevant considering that it curbs freedom of expression

Recently, there has been a lot of discussion about criminal defamation cases filed against journalists publishing stories concerning corporate governance and systemic corruption. The Statesman (October 26, 2018) in an imaginatively headlined editorial, “A Tort for the Day”, noted that a particular business house is known for its “chronic” litigation for the tort of defamation running to more than a thousand crore damages from newspapers and television channels. The “slew of cases” is brought before Ahmedabad courts as Gujarat has a flat court fee rate of Rs 75,000 as against much higher (and at times prohibitive) fees elsewhere. It further noted that “defamation can lie in any jurisdiction where the impugned publication could have been circulated”. We also should fully recognise that digital advancement enhances the scope of such “publication” beyond any imagination that the drafters of the Indian codes and their successors may have.

Indian law also provides for criminal defamation as a separate matter and Justices Dipak Misra and Prafulla C Pant in a petition filed by Subramanian Swamy in 2016 negatived the prayers that Sections 499 and 500 of the IPC relating to defamation and Sections 199(1) to 199(4) of the CrPC be declared unconstitutional. Despite arguments by eminent lawyers, the Court held the impugned sections to constitute reasonable and proportionate restriction on the right to freedom of speech and expression, including all media publication.

The important argument that “defamation…cannot be made a crime in the name of fundamental right as protection of private rights” received a short shrift from the Court. It could have, but did not, distinguish Articles 17, 23, 24 (which constitute the bleeding heart of the Constitution) penalizing private conduct as provisions which are essential to equality, from the rationales for criminalizing defamation. Rather, the Court held that when “harm is caused to an individual, the society as a whole is affected and the danger is perceived”, the legislature rather than the Court is the best judge in this domain. And the Court agreed with the original authors of the IPC who said that a Penal Code is not “to be considered as a body of ethic” and that, many things “are morally worse than many things which are punishable”. What is thus left to the legislature is not ethics, but political expediency, whereas the Constitution recognises the Supreme Court as a custodian of fundamental rights.

The Court was very eloquent in affirming the freedom of speech as a “prized” fundamental right and a cherished democratic value. But it also emphasised that the right is not absolute. It specifically held that “defamation which is in existence…is not a restriction on free speech that can be characterized as disproportionate”.

Understandably, the Court went on to say that “[P]rotection of reputation is a fundamental right. It is also a human right”, “it serves the social interest”, and that restriction “on the basic right of the freedom of speech and expression” is best examined from the standpoint of “the interest of the general public and not from the point of view of the person upon whom the restrictions are imposed”. It does not matter if the latter feels aggrieved at criminal defamation which cripples “the freedom of speech and expression” and this ground may not serve as a test because it is “too broad a proposition” to be treated as a “guiding principle to adjudge the reasonableness of a restriction”.

The Court seems here more concerned with the dignity of legislation than with the rights to freedom of speech and expression despite its regard for their crucial nature for constitutionalism and democracy. The fact that the “legislature has not repealed Section 499 and kept the same alive as a criminal offence” stands presented as an act of constitutional balancing.

Three concrete directions remain note­worthy for the future. First, some bright lines must be drawn between “criticism” and “defamation”. One is bound to tolerate “criticism, dissent and discordance but not expected to tolerate defamatory attack”; second, a public prosecutor in filing cases under Sections 499 and 500 of the IPC is “expected to maintain…independence, and not act like a machine” and third, when cases are filed in two or more courts in different jurisdictions, the High Court under whose jurisdiction the first complaint was filed shall try the case to the exclusion of all other jurisdictions. “Application of mind in the case of complaint is imperative,” says the Court.

Welcome as these directions are, how is one to draw the distinction between honest “criticism” and protection of “reputation”? How is prosecutorial autonomy to be secured and maintained? And what are the available standards for due diligence in criminal law such that “application of mind” can be proved/disproved?

The Court disagreed with the view that civil suits provide adequate protection to a point that rend­e­red criminal liability unnecessary. It decided that both remedies were required to protect the right to reputation as an integral aspect of the right to dignity under Article 21. Dignity is offended by “vile and venal attack to tarnish and des­troy the reputation of another” and must always be protected as a social interest.

The Court had a constitutional opportunity to address specifically a comparatively new phenomenon called SLAPP (strategic law suits against public participation) suits, a device by which multinationals and the national capital can (and do) proceed in criminal defamation against human rights activists and conscientious journalists. In the book, SLAPPs: Getting Sued for Speaking Out, George Pring and Penelope Canan defined a SLAPP suit as primarily involving communication on “a matter of public significance aimed at influencing governmental decisions, which secondarily results in a civil claim/complaint directed at a non-governmental organization (NGO) or public interest activist”. Social action litigation (commonly called PIL), including mainly consumer, environmental and right to information litigation, would thus constitute major SLAPPs arenas.

SLAPP suits are not directed normally to the pursuit of reputational social interest; rather, the strategic aim is to silence, inconvenience, or administer a chilling effect on all media. Other private interests (represented by powerful individuals, not corporate persons) may seek the same result. It is the job of the adjudicators, on evidence before them, to ascertain whether or not a particular course of defamation proceeding amounts to SLAPPs.

The Court could have, but did not, confront the anti-SLAPPs potential in fashioning reasonable/responsible restrictions on the right to free speech.

Elements of such potential strategies are available in some landmark legislations. UK, in 2009, removed the crime of defamation. Today, Italy and Belarus are the only two countries in Europe reported where journalists still receive prison sentences for defamation. In 2011, the Human Rights Committee of the International Covenant on Civil and Political Rights (ICCPR) urged states to abolish criminal defamation, noting that it intimidates citizens from exposing wrongdoing.

In the US, legislatures in 29 states, the District of Columbia and the territory of Guam have all passed anti-SLAPPs legislation. The question concerning whether a state law applies in federal courts awaits adjudication by the US Supreme Court. But in many states, the average four-year time for defamation cases now stands substantially reduced and payment of attorneys’ fees has reduced the cost of defence.

A related issue concerns the Court Fees Act, which states in India may legislatively modify. Arguments favouring access to justice may be (and actually have been) used to lower such fees. But access to justice to those who cannot afford high costs of litigation stands on a different footing from access to justice by millionaires or billionaires. There is certainly a case for a higher threshold of court fees payable by corporate entrepreneurs (and millionaires/billionaires) who wish to protect their reputations. Stringent sanctions should accompany dismissal of vexatious litigation. Perhaps, it is time for the apex court to reconsider its verdict. Parliament should expeditiously enact a nationwide anti-SLAPPs law prescribing differential fees and a time limit for final adjudication of defamation claims.

In any event, it is a ripe time to consider in India whether scandalum magnatum (slander of magnates), an offence created by a statute in 1275 in the reign of Edward I to punish the crime of causing a loss of faith in the government or monarch, is pertinent today!