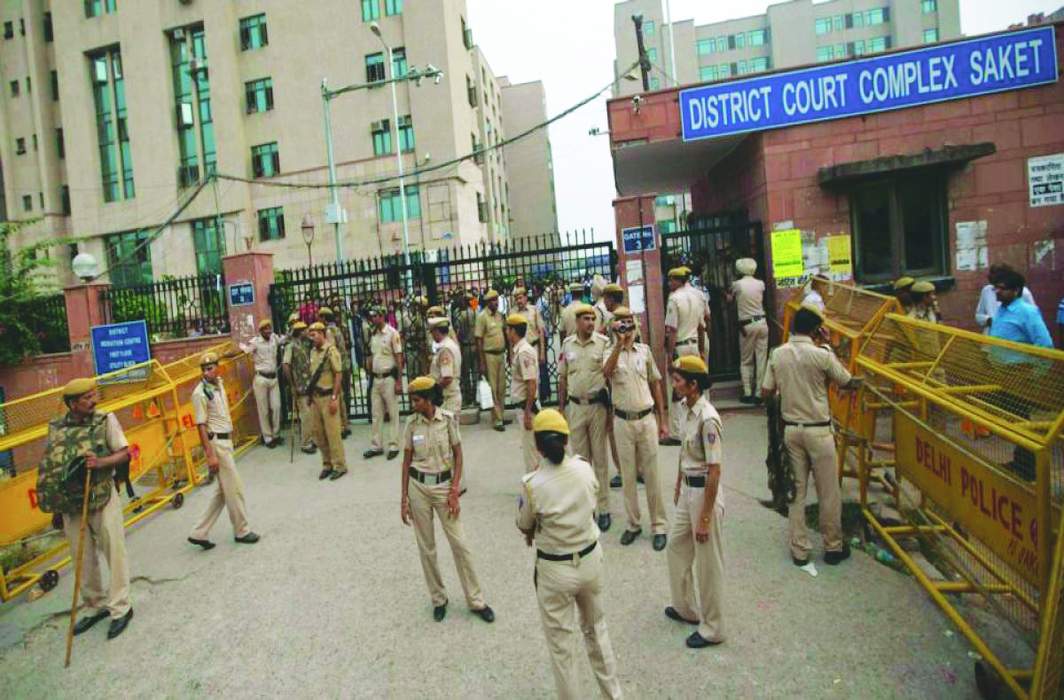 NCRB data has shown that only 22 percent of cases were disposed of by these courts in less than a year. If this is to be speeded up, there should be proper infrastructure and personnel

It has been almost 20 years since the idea of fast-track courts for quick disposal of certain cases was initiated. The proposal was welcomed in judicial quarters as well as by the people at large. The creation of a new set of courts for specified cases was not meant to be a remedy for the huge pendency in different courts in India, which is believed to be three crore cases. Rather, fast-track courts were to deal with criminal cases involving major offences against women or those belonging to the underprivileged class such as sexual assault and murder. These offences create anger and insecurity in the general public. When cases arising out of such heinous or ghastly offences take years to reach a final verdict, most of the effectiveness of deterrent punishment is lost. Faith in the State in general and judiciary in particular gets weakened.

When an accused guilty of committing a grave offence is punished, it is not only for the satisfaction of the victim or her family. It also reassures society that the law is effectively implemented. A verdict of guilty after the passage of years loses its incisiveness and importance. Delay in investigation, charge sheet filing, hearings and final judgment inflicts irreparable damage on the system. If the case is heard after two/three years and witnesses live in the same town or locality, there is every likelihood of them being pressured by the accused. This leads to witnesses becoming hostile and the accused getting the benefit of it. The only exception, perhaps, is near relatives or witnesses having strong inimical relations with the accused. It is vital and necessary for the investigation to be completed within the shortest possible time and for the case to be listed for hearing. But nowadays, such things happen in Perry Mason novels only. In an exceptional departure, I remember a case where a court understood the difficulty of a foreign tourist who was raped in India and directed that the case be disposed of within a short time. It was disposed of in a month.

As per the recommendations of the 14th Finance Commission, the centre had proposed setting up 1,800 fast-track courts. However, it is believed that 60 percent of proposed fast-track courts are yet to be set up and many states and Union Territories don’t have even a single fast-track court.

If the scheme of fast-track courts is properly implemented, it will help restore people’s faith in the criminal justice system. However, 2018 data of the National Crime Records Bureau tells a different story. In 2018, 28,000 cases were disposed of in fast-track courts in India. Out of these, only 22 percent were disposed of in less than a year, 42 percent took more than three years and 17 percent more than five years. This can hardly be expected from fast-track courts. A researcher has found that the aggregate time taken by a regular court to dispose of a case was less than that taken by a fast-track court. It is not proper to blame the scheme and permit the government to scrap it. The reasons behind such a state of affairs should be considered.

Firstly, there are not enough judges to man fast-track courts. In addition, to act speedily, a judge needs a suitable temperament and proper assistance. In some states, judges who have recently retired were
re-employed and appointed in fast-track courts. When this proved to be inadequate, some judges working in the district judiciary were designated as fast-track court judges. Drafting judges from the existing judiciary is no remedy either for speedy disposal of cases or for lessoning pendency. The district judiciary is also short of judges. Even the sanctioned strength is not filled in many states, saving the government more expenditure.

Courts also face another practical difficulty in the disposal of cases. Most of the work is concentrated in the hands of a few advocates. It is difficult to compel or seek their presence at the convenience of the court. Judges too have to accommodate them. Sometimes, even sessions cases cannot be heard on a day-to-day basis as required by law.

After the introduction of the scheme in 2000, central and state governments provided finances for these courts, particularly the salaries of the judges. Whether the amount disbursed was sufficient or not is a different question. A judge cannot work in isolation. He needs accommodation to sit, clerical assistance and minimum office equipment. To try and get all these done with the existing amenities cannot be a proper approach.

Fast-track courts are treated as a temporary measure by governments. Considering that all efforts to clear pendency have not been very successful, we will have to bear with the problem for another 20 years. Why not give a semi-permanent status to the fast-track court scheme and make regular appointments? It is true that such a step would increase the allocated budget for law and judiciary. Unfortunately, this is not a priority for political parties. But they should understand that increasing the number of courts and disposal of long-pending cases will have a salutary effect on society. But it will not fetch immediate political gain. Only those who care for long-term benefits and are courageous to stand by measures in this regard can do it.

If we believe that fast disposal of at least criminal cases will help restore confidence in the people about their safety and ensure peace in society, let a law be framed to provide for fast-track courts and make a permanent arrangement for their survival. It should be uniformly app­licable to the whole of India and should depend only on central funding. The law may provide a duration of some 20 years for the existence of fast-track courts as it is hoped that this is sufficient to wipe out the arrears and there would be no need for fast-track courts. They should function under the supervision of relevant High Courts. Public prosecutors should be appointed for a certain period and the appointment should be given to lawyers with experience in conducting criminal cases.

Let us see where the lacunae lie so that these courts can help society.

Lead: A fast-track court was set up in the Saket District Court complex to try the accused in the Nirbhaya case. It took nine months to award the death penalty to the four convicts