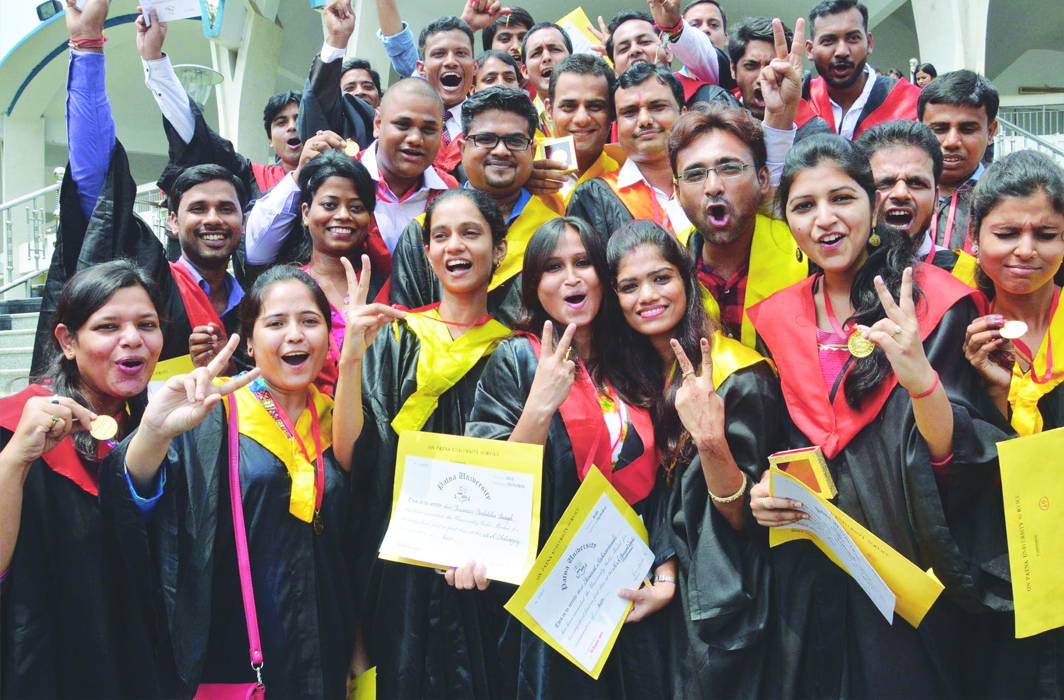 While higher education is being decentralised and granted autonomy and funding elsewhere, India is moving towards centralising it to facilitate tinkering and saffronisation

When the BJP formed the government at the centre in May 2014 with a simple majority of its own, one did expect an assault on the country’s higher education system by centralising it to facilitate tinkering and saffronisation. But one did not imagine it to be as ferocious as the content of the draft Bill, titled “Higher Education Commission of India (Repeal of University Grants Commission Act) Act 2018”, put out in June 2018.

The proposed legislation would abolish the somewhat autonomous UGC and bring higher education under central control. Prior to 1976, higher education was a state subject. In 1976 (during the Emergency), by the 42nd amendment to the Constitution, it was made a concurrent subject. Now the government is trying to make it a fully central subject without even bothering to take the constitutional amendment route! Under this Bill, the role assigned to the states is at best perfunctory and militates against the very grain of federalism.

The Higher Education Commission of India (HECI) would comprise a chairperson, vice chair­person and 12 other members to be appointed by the cen­tral government with the secretary acting as member-secretary. The chair­person shall be selected by a search-cum-selection committee, comprising cabinet secretary (chair), the secretary, higher education, and three eminent academicians to be co-opted as members.

Twelve members of the Commission would comprise (a) Three secretaries to the Government of India-Higher Education; skill development & entrepreneurship; science and technology; (b) Chairpersons of the All India Council for Technical Education and National Council for Teacher Education; (c) Two chairpersons of the executive council/ governing body of accreditation bodies; (d) Two serving vice chancellors of universities known for their academic excellence; (e) Two serving professors of universities, reputed for research and knowledge creation; (f) One doyen of industry. The above composition shows that HECI will have only five members outside the official system.

Main tasks assigned to the HECI are:

Performance evaluation of higher education institutions (HEIs) is accompanied by severe penalties for non-performance or for providing misleading information on performance. Past experiences with performance evaluations for accreditation or affiliations show that there are inherent tendencies for manipulation of data and worse still, manufacturing fake data. It would require extraordinary effort to put in place a credible system of evaluation before the prescribed punishments can be implemented.

The Bill vests the power to create new universities in the HECI by a set of criteria and eliminates the need for legislation for this purpose. This takes away the power of the states to approve new universities, whether public or private. The HECI is also authorised to confer degree-giving power on both universities and colleges, based on specified norms, thereby paving the way for the emergence of degree-granting colleges. This will result in a proliferation of degrees and consequent mediocrity.

The HECI can also bestow affiliating power on both public and private universities provided they meet the specified norms. This could start the trend of private universities affiliating colleges with questionable credentials. The bill provides for enforcement of norms by transparent self-disclosure by HEIs and any falsification will attract punitive action. Considering there are nearly 800 university level institutions and another 40,000 colleges in the country, it will be a herculean task to keep track of adherence to self-disclosures. The HECI can close down non-performing HEIs if they do not fulfil minimum educational quality standards. In the hands of a centralised authority this could lead to arbitrary inspection raj and corruption.

The most absurd part of the Bill is that universities now have to take the concurrence of the HECI before offering a course. This destroys the freedom of a university’s board of studies and is regressive. With its mandate of improving academic standards with a specific focus on learning outcomes, evaluation of academic performance by institutions, and training of teachers, the HECI is likely to overregulate and micro-manage universities.

The issues concerning funding of the HEIs remain murky. The UGC used to fund capital development in HEIs and running expenses in eligible institutions. Under HECI, it is not clear as to what kind of grants will be given by this body. The initial fear expressed by educationists was that the funding functions of UGC will be taken over by the Union Ministry for Human Resources Development (MHRD) leading to political control over HEIs. The composition of such a body and the manner it will be constituted is unclear.

There is also mention of a Higher Education Funding Agency (HEFA), a non-banking financial institution which is expected to mobilise Rs 1 lakh crore through banks and Corporate Social Responsibility funds and private contributions. These funds will be available to HEIs as loans for development activities. The interest will be borne by the MHRD while loans will have to be repaid in instalments by the HEIs. How will the institutions, particularly the State-owned, earn money to repay the loan is an open question!

True to its style of deceit, the government is touting this legislation as an example of “minimum government and maximum governance” while the reality is the opposite. The Bill is so draconian as to lay down heavy fines/penalties and even jail sentences for “non-compliance of directions of the HECI” thus taking away all semblance of autonomy.

The draft Bill was uploaded on the MHRD website on June 28, 2018. Public comments were invited initially until July 7 and later extended till July 20. This Bill has been put out without waiting for the report of the Committee constituted by the MHRD for preparing a new education policy. This tearing hurry, with just a few months to go for elections is intriguing!

Elsewhere in the world, including China, higher education is moving towards decentralisation and autonomy propelled by performance parameters, incentives and funding to achieve academic excellence. On the other hand, India is legislating centralisation and commissar-control that would lead to academic mediocrity. The future of the country and its children are at stake and this cannot be countenanced.