Above: Wreckage of two Surya Kiran jets that crashed in Bengaluru in February 2019/Photo: UNI

Innumerable crashes of IAF jets are a testimony to India’s poor indigenisation, precarious spare parts record and lack of political will

Combat flying anywhere in the world is synonymous with extreme risk and fatality. This has been the case right from the days of World War I to the present-day wars. This is equally true for the IAF, especially after the introduction of jet fighters and bombers in the late 1940s. Unfortunately, this precarious state of things continues even today as can be seen from the numerous air crashes taking place regularly.

Defence flying is different from commercial aviation. Though aviation came as a boon for mankind, its militarisation brought with it extreme demands on man and machine. Both were required to operate at the outer edges of their performance envelope on a routine basis. This got them closer to failures in all aspects—the operating system of the machine and the physiological capacity of the pilot.

Take, for example, a routine tactical flying sortie of a modern fighter aircraft at 300 ft or below. The high gravitational forces experienced by the pilots coupled with the demand for split second decisions due to the proximity to the ground generates a phenomenal amount of stress on the human body and the machine. This can lead to failures of systems and the structure of the machine. So the life of a combat plane part is far shorter than that of commercial plane parts and requires regular change. This is also true to a large extent for military transport planes and helicopters operating in the Himalaya, the North and the East. These operations are carried out on a daily basis, be it dropping supplies for the army or undertaking medical evacuation in the far reaches of snowy valleys.

With the modernisation of the air force, there was a constant requirement to change the spare parts of engines, air frames, avionics and weapon systems. This also required indigenisation of the aviation industry instead of dep­ending on a foreign supplier to meet these demands.

That is when the rude realisation dawned on the nation that it had practically no capacity to meet these military demands in spite of having a long-established military industry in the form of HAL, DRDO, 41 ordnance factories, etc. Though these organisations were making some basic weapons and equipment, they were not modern machinery for land, sea and air. The total dependency upon the supplier led to various pressures being exerted on decision-makers so that there was no indigenisation and India remained constantly at the mercy of the supplier. This became clear after the second phase of modernisation of the air force in 1963 when India went in for Russian planes such as MiG-21s, AN-12s, IL-14s and Su-7s.

Though the Russians met the equipment demands, they were reluctant to help in indigenisation. This resulted in a constant and heavy demand for spare parts, putting pressure on the IAF and forcing it to start the practice of giving life extensions to spare parts. Many accident investigations revealed that these parts had started to either break down due to metal fatigue or had become too worn out to give the required performance. This led to another unhealthy practice—cannibalisation. This meant that spares from an aircraft that was not flying due to some serious problem or expiry of airframe hours could be used for other needy aircraft.

The hierarchical pressure became so great that commanders, in order to curry favour from their military or political bosses, did not want to load their superiors with extra demands. Hence, cannibalisation from ailing aircraft was arranged at the local base level. So, due to the extreme demands of flying coupled with constant failures of technology, the rate of accidents saw a sharp rise. This was seen in MiG-21s mostly and other aircraft such as MiG-27s, Jaguars and even Mirage 2000s.

It was only recently that a MiG-27 went down in the Jodhpur area. In fact, our record has been dismal—16 aircrafts have been lost in this financial year. Coupled with many flight safety incidents, it has not been a happy scenario. These also include the recent battle crash of a MiG Bison and a Mi-17 V-5. There was also the infamous accident of a Mirage 2000 which was being repaired at HAL, Bengaluru. The aircraft was on a sortie for the IAF and was being flown by two test pilots. It crashed at the airport, leaving both pilots dead.

It was mentioned in Parliament that in the three financial years between 2014-15 and 2016-17, 35 military aircrafts including 11 helicopters were lost. While we all know that during war we are bound to lose aircraft due to enemy action as during the 1971 war, what is not palatable is that we lost 20 aircraft in 14 days due to air accidents caused by tech failure. The cause of the accidents could be human error on the part of the pilot or ground crew, tech error due to failure of the aircraft parts or accidents due to environmental factors like wea­ther or bird hits (again a very serious problem being tackled on a war footing).

Pilot error stems from wrong training practices when he is a trainee. In the mid-1970s, the famous La Fontaine report stated that due to lack of training facilities like simulators, pilots miss out on various crucial aspects. This, coupled with lack of advanced jet trainers, becomes dangerous for flight safety. That is why Hawk Trainers managed to gain an entry into IAF training after a struggle of over 30 years. Hence, our dismal safety record is due to lack of proper training equipment which we don’t make and don’t possess due to the high cost factor.

During 2000-2015, we lost 264 fighters, which amounts to close to one squadron every year. This forced the government to take stern measures, including getting better training facilities, stern flight safety measures and better aircraft. It has been observed that during 2014–17, the loss of aircraft came down to seven per year, ie, the crash rate reduced by 50 percent.

New policies of the government must include self-sufficiency in military flying equipment due to proper indigenisation coupled with necessary R&D. This will allow us to have our own aircraft and training simulators to meet the overall demands of safety and efficiency. 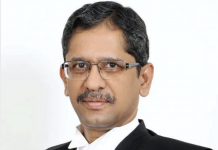