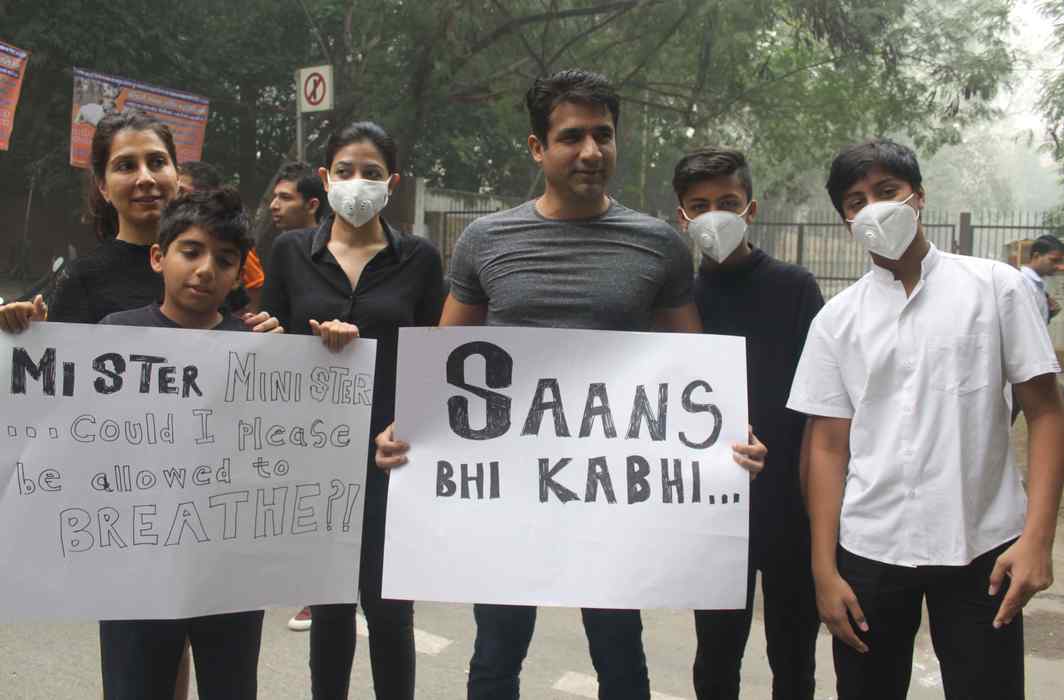 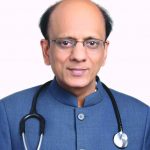 Life seems to be cheap in India, unlike countries abroad. Recently, the US Food and Drug Administration issued an alert that diabetic drug metformin could contain a carcinogen. The story was not unexpected. Another diabetic drug, Vildagliptin, will lose its patent and the generic version will be launched all over the world. Compare these warnings to the lack of civic responsibility on the part of our politicians.

A few days back, Environment Minister Prakash Javadekar said there were no Indian studies to show that there is a direct impact of pollution on lifespan. Let us not create a fear psychosis among people, he said. Similarly, when Dr Harsh Vardhan was the minister for environment, he too said that pollution cannot cause death. This shows the lack of awareness of these politicians when studies have clearly shown the opposite.

So why are they spouting such illogical facts? As Delhi’s elections near, pollution is on top of everyone’s mind. The best way to change the mindset of the electorate is to confuse them about pollution and claim it is safe.

The result will be disastrous now as all anti-pollution work will be halted. Wait till pollution levels cross 300 mcm/m3 (micrograms per cubic metre) and then there will be a collective uproar. The fact is that after a value of 10, every 10 mcm rise is harmful.

While moderating a session on air pollution by the Cardiological Society of India, I said that the time had come for doctors to change normally used terms for death and instead, classify them as pollution aggravated asthma, COPD or heart disease.

I also recently moderated a session by Dr Geetika Yadav, a scientist at the Indian Council of Medical Research (ICMR) whose data the government cannot deny. As per the ICMR, the WHO says that 3.8 million premature deaths per year are attributed to air pollution. Out of these, 80 percent are due to heart disease and paralysis and 20 percent from respiratory illnesses and cancer.

Yadav quoted extensively from a Lancet Planet Health 2018 study, according to which 1.24 million deaths per year in India are due to pollution. The study reported that seven of the top 10 most polluted cities in the world are in India, with Delhi at number 11. In a year’s time, Delhi has zoomed to the number 1 position for pollution. The highest annual mean of PM 2.5 levels in Delhi is 209 mcm/m3.

Various ICMR studies have been done in this regard. In one study, the ICMR centre for advanced research on environmental health found that among pregnant women and adults, with each 10-point rise in PM 2.5 concentration, there was a four-gram reduction in birth weight of the baby; a 0.3 percent increase in longitudinal prevalence of acute respiratory illness and a 10 percent increase in the prevalence of respiratory symptoms.

The effect of outdoor pollution on acute respiratory symptoms was studied in Delhi at five sites (AIIMS paediatric and adult wards), Kalawati Saran Children’s Hospital, VP Chest Institute, National Institute of Tuberculosis and Respiratory Diseases. The study showed that the number of patients attending the emergency room was 33,213. Air pollution was divided into three categories—high, medium and low pollution days. Preliminary results suggested that an increase in population levels was associated with the increase in the number of emergency room admissions.

According to WHO’s air quality guidelines, safe levels for particulate matter was 20 mcg/m3 (annual mean) for PM10 and 10 mcg/m3 (annual mean) for PM 2.5. Each 10 mcg/m3 increase in PM 2.5 levels can increase the chances of death from heart disease by 1.76 times and each decrease in PM 2.5 levels by 10 mcg/m3, can increase life expectancy by 0.77 a year. Also, a PM 2.5 reduction of 6.8 mcg/m3 can decrease asthma prevalence by 15.4 percent and a median reduction in NO2 of 4.9 parts per billion can decrease asthma prevalence by 10 percent. Asthma is linked to high NO2 levels and bronchitis to high levels of SO2.

Further, air quality index (AQI) which is greater than 100 can adversely affect athletes and volunteers. If the AQI is above 100, it is prudent for race administrators to warn participants and volunteers, particularly those with lung conditions, about the potential risk. For every increase of 10 mcg/m3 in PM10, the lung cancer rate rises by 22 percent and for PM 2.5 by 36 percent. By reducing PM10 pollution levels from 70 to 20 mcg/m3, air pollution-related deaths could be reduced by roughly 15 percent.

This was seen in Utah Valley in the US where mortality decreased by three percent when average particulate air pollution (PM10) concentrations decreased by 15 mcg/m3 as the result of a 13-month strike at a local steel mill. According to The Lancet, mortality in Dublin decreased by eight percent following a 36 mcg/m3 decrease in average particulate air pollution (black smoke) due to a ban on coal sales. Similarly, restrictions on the sulphur content of fuel oil in Hong Kong, resulted in a 45 percent average reduction in SO2, and the average annual trend in deaths from all causes declined by two percent and from respiratory causes, 3.9 percent.

Air quality improvement is defined as an average annual reduction of 0.7 mcg/m3 in PM 2.5 levels. Deaths of six per 1,00,000 population in the over-30 age group and five per 1,00,000 population in the 25-74 age group can be prevented annually. The odds of atrial fibrillation increased significantly as the concentration of PM increased in the two hours prior to the event.

A Women’s Health Initiative Observational Study found that for each 10 mcg/m3 increase in pollution concentration, there were significant increases in the risk of heart attack, paralysis and death. A study by the American Cancer Society shows that PM 2.5 was significantly associated with the risk of death from cardiovascular causes.

Both the American Heart Association (2010) and the European Society of Cardiology (2015) have issued official statements discussing the association between long-term exposure to fine particulate air pollution and increased risk of developing cardiovascular disease. In a study of 772 patients, the risk of a heart attack was increased in the two hours after exposure to elevated levels of fine particles in the air and this effect lasted for up to 24 hours after exposure.

So the air one breathes can make all the difference between a healthy life and a sick one.

—The author is president, Heart Care Foundation of India, and Confederation of Medical Associations of Asia and Oceania