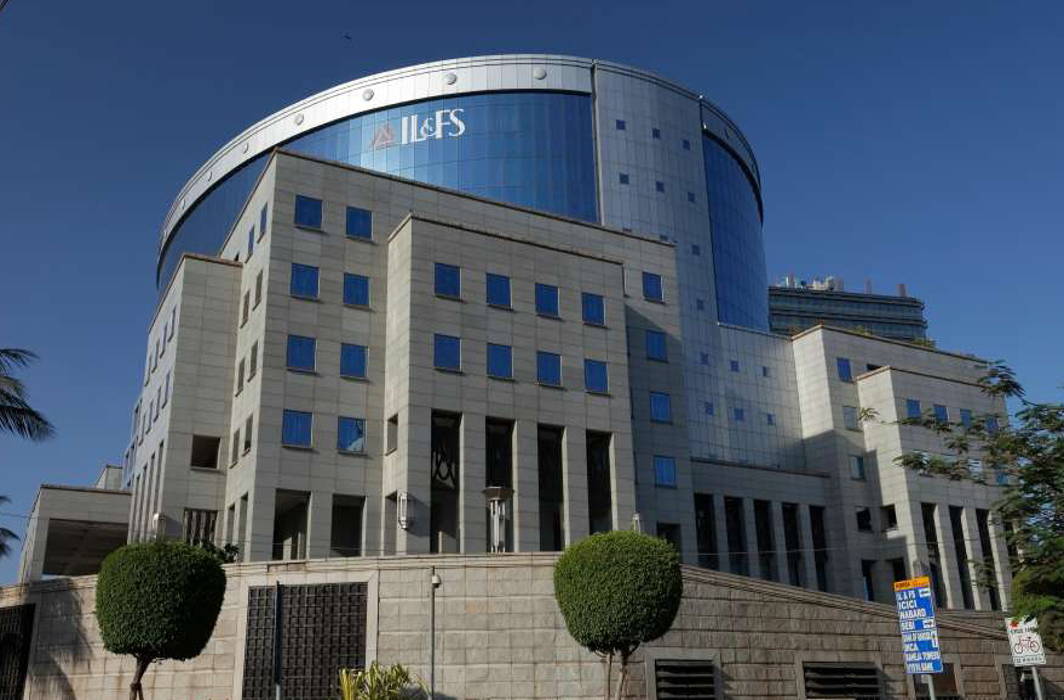 The problems of IL&FS are an indictment of the PPP model. In its eagerness to build infrastructure, the government has ignored flaws in the execution and financing of these projects

Infrastructure Leasing & Financial Services Ltd (IL&FS) is a quasi-sovereign company which has invested heavily in infrastructure projects in India. It was founded by government entities and its largest shareholder is LIC, a State-owned insurance company. Over the years, IL&FS has used its close affiliation with the government to run up a debt of Rs 91,000 crore which it now has trouble repaying. It has already defaulted on around Rs 250 crore of repayments, and according to Bloomberg, has around Rs 3,000 crore of additional repayment obligations due over the next six months.

Could IL&FS be India’s Lehman Brothers? Financial companies are deeply interlinked and troubles in one company often have repercussions on others that it is financially linked to. The portfolios of banks, mutual funds, pension plans and insurance companies will get stressed from their failed investme­nts in IL&FS. Could this be the conflagration that triggers a full-blown banking crisis? While the answer is uncertain, the probability of such an event just got significantly higher.

The government is now actively moving to save IL&FS, first by replacing its existing board with a new six-member committee headed by private banker Uday Kotak, and then eventually infusing capital into it through government-controlled entities like LIC and SBI. Will this contain the damage or is this a case of closing the barn door after the horse has bolted?

One of the handicaps of our profession (I am a financial economist) is that unlike chemistry or physics, we don’t have the luxury of running controlled experiments repeatedly in a laboratory. So, there is no definitive answer on the best solution for a given financial problem. One can, however, draw upon lessons from similar issues in the past. The 2008 Lehman bankruptcy that started a global financial crisis is a good template on how to deal with IL&FS.

In March 2008, six months before the Lehman bankruptcy, another major investment bank, Bear Stearns, collap­sed in a similar fashion. The US government and regulators, afraid of a fallout, arranged for the sale of Bear Stearns to JP Morgan Chase, using $29 billion of government money (read taxpayer money) to facilitate the sale. Bear Stearns avoided default, but its bailout sent a very different message to the capital markets—that the government would be willing to step in and bail out other major financial institutions that risked default.

The world of capital markets dep­ends crucially on signals because investors use them to formulate their probabilities about the future. If regulators had not bailed out Bear Stearns, the consequences, while unpleasant for the company, would have signalled to other troubled institutions that they needed to prepare themselves better for financial distress. But by bailing out Bear Stearns, the regulators created what is called “moral hazard”—i.e. the propensity to take larger risks knowing that if things don’t work out, the government would provide a bailout. This set expectations for everything that followed.

So when Lehman found itself in financial trouble, it was utterly unprepared for a bankruptcy filing. It, too, had expected to be rescued and had, therefore, not explored other alternatives to bankruptcy. A possible sale of some assets at fair value, an orderly liquidation of its derivative positions and open credit lines against its collaterals, are some alternatives that could have saved Lehman from bankruptcy. 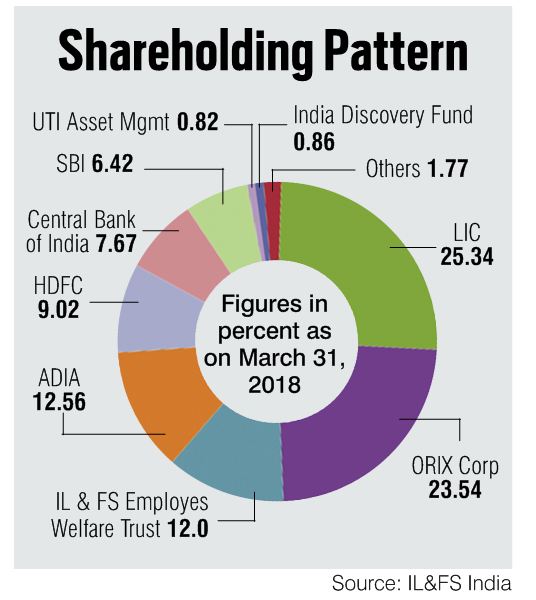 The lessons from the Lehman crisis are clear. The Indian government must exercise great caution about sending the wrong signal to financial markets given that it is staring down the barrel of other potentially large bankruptcies in the banking and power sectors. It needs to think long and hard about the risks from the moral hazard it would potentially create by bailing out IL&FS.

The company has long-dated illiquid assets—investments of over $25 billion in infrastructure projects, including roads, townships, water and sewage projects. The new board consists of people with good knowledge of capital markets and by buying itself some time, this board may be able to find an orderly way to liquidate IL&FS assets, but it is unlikely that it will succeed in changing the eventual outcome. Poorly managed companies with bad economic models are eventually forced out of business, as they should be, because they consume resources that could be better used elsewhere. This is the creative-destruction process of free markets. Trying to resuscitate such companies only moves the can down the road and results in misallocation of resources.

The financial implosion of IL&FS is a clear indictment of infrastructure financing in India, in particular, the public-private partnership (PPP) model. IL&FS is a pioneer of PPP projects in India and has a portfolio of about 13,000 km of roads in addition to waste treatment plants and other PPP assets. But many of its investments do not generate any revenue, either because tolls have been removed from roads by politicians wanting to please voters, or water and sewage treatment plants have been closed as municipalities cannot generate the revenue to operate them.

Someone has to pay for infrastructure and the PPP model works only if there are predefined and immutable user fees. The people of India need to understand that while good infrastructure is necessary for economic prosperity, it is not free. A good road requires payment of tolls by those who use it, a sewage treatment plant requires users to pay fees, and a waste management facility requires municipal taxes. If you use it, you have to pay for it.

The IL&FS saga points to the urgent need for the government to formulate a clear strategy on how it intends to finance future infrastructure projects because the PPP model in India is broken. Most projects suffer from a combination of systemic corruption, poor economic modelling, lack of flexibility and the inevitable political risk. As a result, most infrastructure companies face stressed balance sheets. This sector in India is literally broke. In fact, it is among the top five loan defaulting sectors and has been a significant contributor to the banking crisis. The situation with PPP projects is so bad that Larsen & Toubro, one of the country’s largest infrastructure firms, has decided that it will not bid for any more BOT (build-own-transfer) projects as the returns are not commensurate with the risk.

India needs to invest almost $4 trillion over the next 15 years to meet its infrastructure needs. The public sector alone cannot fund this. The involvement of the private sector is vital to achieve this goal. But the financial woes of IL&FS could be the final nail in the coffin of PPPs in India. It is time for the government and the bureaucracy to do some serious introspection because the problem lies within. It is time to stop the showboating and get down to the serious business of designing institutions and processes that can invigorate infrastructure spending. Outside experts with knowledge of project valuation, infrastructure finance and capital markets must be brought into the decision-making process—it can’t just be politicians and bureaucrats anymore. That model hasn’t worked and IL&FS is evidence of that.

Another crucial lesson from both Lehman and IL&FS is the need for governments to understand the crucial link between capital markets and economic prosperity. One of the banes of modern-day capitalism is that banks are now able to create credit out of thin air, thanks to fractional-reserve lending. Since this credit is not backed by a corresponding amount of savings, there is always the risk of excessive credit creation in good times, which inevitably leads to bad hangovers when the party is over.

Raghuram Rajan, ex-RBI governor, alluded to this risk in a recent testimony to the parliamentary committee on NPAs. He said that the current NPA problem was the result of over-exuberance and excessive credit creation during the good times between 2004 and 2010. Everyone, including the banks, started to extrapolate good times into the infinite future. As a result, a lot of bad projects that did not make economic sense got funded. Banks were handing out loans to companies like they were store candy. Now, when the party has slowed down, the NPAs have started to mount. Real estate is a great example of such over-exuberance. Hundreds of unviable projects were funded by banks based on exaggerated assumptions of investment returns.

This over-exuberance inevitably leads to extension of credit to bad companies and bad projects. And the problem is exacerbated by government interference in the functioning of free markets. The source of the Lehman crisis was the US government’s Affordable Housing Act which forced banks into lending to unworthy customers to purchase homes. This was the result of the Clinton administration’s desire to “allow every American to own a home”. Cheap credit flooded the real estate market, but many borrowers did not have sufficient income to repay those loans. As a result, the US mortgage market collapsed and companies like Lehman with large leveraged investments in the mortgage industry suffered significant losses.

Most infrastructure projects are still evaluated using static life-cycle models without incorporating more dynamic and flexible techniques. This resulted in an imbalance between the risk and return from long-dated infrastructure projects. Also, the vast majority of government tenders are still awarded on the L1 (lowest cost) basis which almost guarantees suboptimal performance because of what economists call the “winner’s curse”—where the winner submits an underestimated bid and is cursed to win the project.

Additionally, because of the retrograde policies of the market regulator, SEBI, India lacks an active secondary market that can allow for the securitisation of infrastructure assets and dispersion of the risk. As a result, the entire burden of infrastructure financing falls either on the taxpayers or on private vendors—there is very little participation by investors in the capital markets. For example, long-term municipal bonds, which finance more than 70 percent of infrastructure projects in the US, are almost never used to finance projects in India. Infrastructure contractors and companies like IL&FS are forced to borrow using short-term debt, whereas their investments are in long-dated projects. This maturity mismatch creates liquidity problems and eventually, financial distress.

Finally, Rajan must be congratulated for bravely resisting shrill calls to lower interest rates from politicians and old-school economists, many of whom continue to advise the government. Lower rates would have allowed even more unviable projects to be funded, resulting in larger losses and more NPAs.