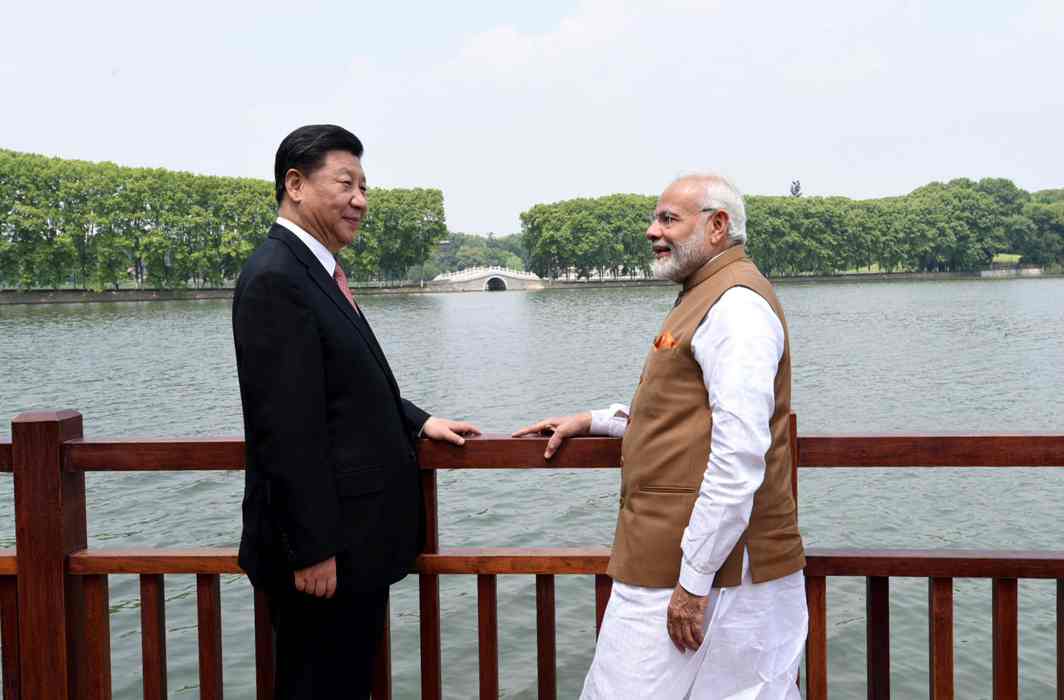 China’s People’s Liberation Army (PLA) conducted a military drill in Southwest Tibet on June 25 to test civilian-military integration and logistic support in high altitudes. Beyond the military dimensions of the exercise, it has connotations on India-China relations and on Presi­dent Xi Jinping’s process of consolidating his power through civil-military integration. In terms of India-China binary, the exercise comes in the wake of Wuhan summit in April when PM Narendra Modi and President Xi Jinping  had agreed to build a future relationship based “upon mutual respect for each other’s developmental aspirations and prudent management of differences with mutual sensitivity”.

But the tabloid Global Times’ report on the military drill did not reflect the Wuhan spirit. It referred to China’s victory in the 1962 war against India. It quoted Song Zhongping, a military expert, to say that in the 1962 conflict, “China failed to protect its fruits of victory due to poor logistics support” because the biggest challenge of battle at the high altitude was to provide sustainable logistics and armament support. The twin problems of long logistic lines and operating in high altitude continue to play in their minds of PLA as they affected the Chinese troops in their 72-day long confrontation with Indian army last year at Doklam on the India-Bhutan-China trijunction.

In the midst of the Doklam confrontation in August 2017, PLA conducted live fire exercises at an altitude of 5,000 metres in Tibet which was given wide publicity in Chinese media. The aim of the exercise was “to test its strike capability on plateaus” and improve combat capability.

A combat brigade of PLA Tibet Regional Command conducted exercises in rapid deployment, multi-unit joint strike and anti-aircraft defence, according to a PLA press release. The CCTV also broadcasted the military drill to reassure the public about the combat readiness of its troops. The South China Morning Post, quoting a Beijing based military commander Zhou Chenming, said, “The PLA wanted to demonstrate it could easily overpower its Indian counterparts.” The newspaper said the Chinese force that took part in the drill was stationed in the Lizhi region of eastern Tibet, close to Doklam. The Chinese troops also featured a new light tank with “strong firepower, advanced armour and good mobility” suited for deployment on Tibetan plateau.

The latest exercise in Tibet is probably to remind India that the subtext of the military situation in Doklam remains as a potent point of confrontation. On the other hand, a Twitter clip showing Chinese and Indian troops celebrating the International Yoga Day together on June 21, 2018, is symbolic of the efforts of the leaders of both countries to get out of the frostiness that crept in their relations post Doklam.

The yin and yang of India-China relations post Doklam standoff was evident at a recent seminar titled “Beyond Wuhan: How far and fast can China-India relations go” organised jointly by the Chinese embassy at New Delhi. Chi­nese ambassador to New Delhi Luo Zhao­hui in the keynote address said (cautioned?), “We cannot stand another Doklam; we need to control, manage, narrow differences through expanding cooperation. The boundary question was left over by history. We need to find a mutually acceptable solution through special representatives.”

The ambassador said in a loaded statement “security cooperation is one of the pillars of the SCO (Shanghai Cooperation Organisation). Some Indian friends suggested that China, India and Pakistan may have some kind of trilateral cooperation under the SCO. So, if China, Russia and Mongolia can have a trilateral summit, then why not India, China and Pakistan?” Though the am­bas­sador did not mention Kashmir issue or Chinese mediation, it triggered speculation about China trying to find a me­diatory role in India-Pakistan disputes.

The latest military drill in Tibet also has an internal dimension. It is in keeping with the decision of the President Xi-led Communist Party of China Central Committee in January 2017 to establish a new agency to integrate the country’s military and civilian setups.

Zhang Wenlong, the head of command logistics, commenting on the latest military drill, said it was aimed to explore a new mode of military-civil integration in the plateau following the reshuffle of the military system. During the drill, a local petroleum company supplied fuel immediately to an armored unit while the city government of Lhasa delivered food to soldiers after a day of mock battle. The exercise is only a part of the PLA conducting drills at home and abroad in keeping with the injunctions of President Xi. These drills involve PLA’s ground forces, navy, air force, rocket force and armed police.

However, the Doklam experience seems to have left an indelible imprint on the Chinese military mind. According to PLA Daily, China’s most advanced aircraft including J-20 stealth fighters, Y-20 transport aircraft, J-10C fighters are practising beyond-visual range air combat at unspecified airports on a “plateau region”—an obvious reference to the Tibetan plateau bordering India. Obviously, China is getting ready to ensure no more “Doklam” takes place.

Territorial disputes continue to be a major, recurring irritant in India-China relations, though both of them have their own baggage of other allergic issues. China’s allergies include the status of Taiwan, the Dalai Lama and Tibet’s autonomy and its human rights standards. Issues such as the Kashmir imbroglio, India-Pakistan relations and Pakistan sponsored terrorist threat are a few issues that touch India’s raw nerve.

At the Wuhan summit, leaders of the “two major countries” in Asia spelled out their common perspective—domestically, regionally and globally. They said “both sides have the maturity and wisdom to handle the differences through peaceful discussion and by respecting each other’s concerns and aspirations”.  To go beyond the lofty aspirational level, both countries have lot of ground to cover. One thing is clear: both nations are cautiously moving forward, hoping to overcome their differences through small steps. As Lao Tzu said, “A journey of a thousand miles starts with one small step.”

—The writer is a military intelligence specialist on South Asia