Home Opinion on News Is a Leader of Opposition Necessary? 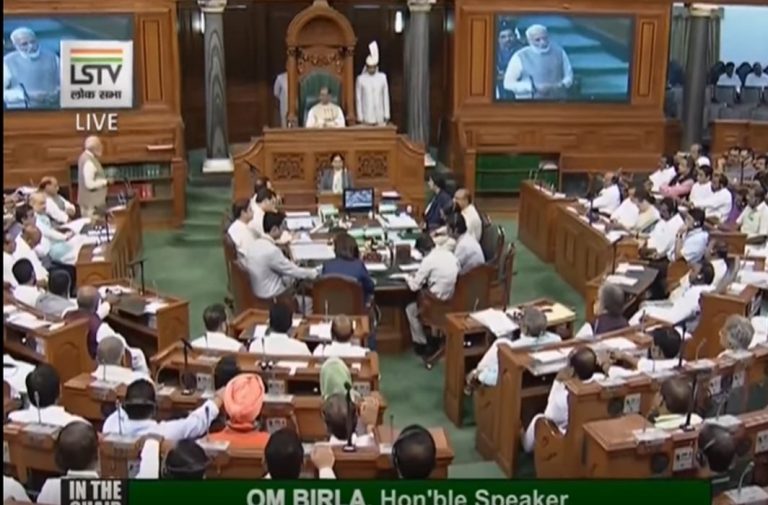 Once again, the absence of a Leader of the Opposition in the Lok Sabha ignites a debate and raises many questions. What is the institution of the LoP? How is it recognised in Parliament?

As far as the Indian Parliament is concerned, post-independence, the concept of the opposition took root in 1969, after the split of the Indian National Congress, and Ram Subhag Singh, the leader of the Indian National Congress (Organisation), was regarded as the Leader of the Opposition Party (LoP). However, it was only in 1977, with the passage of The Salary and Allowances of Leaders of Opposition in Parliament Act, 1977 (LoP Act, for short), that the position of the LoP came to be formally recognised along with certain emoluments and perks.

On the other hand, it is to be noted that neither the Constitution of India nor the Rules of Procedure and Conduct of Business in the Lok Sabha or the Rajya Sabha make any provision for the Leader of the Opposition. The LoP Act of 1977 defines LoP, in relation to either house of Parliament, as a member who is, for the time being, the leader in the house of the party in opposition to the government having the greatest numerical strength and recognised as such by the chairman of the Council of States or the speaker of the Lok Sabha, as the case may be. In addition to the salary and constituency allowance, the LoP is entitled to a sumptuary allowance and travelling allowance on a par with a Cabinet minister. He is also entitled to furnished rent-free as well as tax-free accommodation, telephone and secretarial facilities and conveyance facility with a driver, among other perks.

Further, Direction 121 of the Directions by the Speaker of the Lok Sabha provides that in recognising a parliamentary party or group, the Speaker shall take into consideration the following principles:

“(1) An association of members who propose to form a Parliamentary Party—(a) shall have announced at the time of the general elections a distinct ideology and programme of Parliamentary work on which they have been returned to the House;

(b) shall have an organisation both inside and outside the House; and

(c) shall have at least a strength equal to the quorum fixed to constitute a sitting of the House, that is one-tenth of the total number of members of the House.

(2) An association of members to form a Parliamentary Group shall satisfy the conditions specified in parts (a) and (b) of clause (1) and shall have at least a strength of 30 members.”

The Direction of the Speaker is in conformity with the provisions of The Leaders and Chief Whips of Recognised Parties and Groups in Parliament (Facilities) Act, 1998. This Act makes a distinction between a “recognised group” and a “recognised party” in the Lok Sabha as well as the Rajya Sabha. In brief, a “group” is a smaller formation while a “party” is a larger formation. Thus, in order for a party to be recognised as such, in the House of the People (Lok Sabha), it has to have a strength of not less than 55 members in the House, which is the same as the strength equal to the quorum fixed to constitute a sitting of the House, that is 1/10th of the total number of members of the House, mentioned in the Speaker’s Direction [121 (1) (c)].

Thus, the 1977 Act does not prescribe the condition that a party should have a strength of 55 members in the Lok Sabha, before its leader can make a claim for being granted the status of LoP. Further, the 1998 Act deals with the status of parties based on their strength and spells out the facilities to be provided to their leaders accordingly. It does not specifically deal with the appointment of the LoP. As a matter of fact, when the issue was raised in 2014, after the constitution of the 16th Lok Sabha, regarding grant of status of LoP to the leader of the Congress party (which then had a strength of 44 members only as compared to 52 now), in response to an RTI application the Lok Sabha Secretariat responded as follows: “There is no minimum percentage prescribed for the selection of the Leader of Opposition.” At the same time, the then Speaker, in the context of a request from the Congress party to grant its leader the status of the LoP, ruled: “After consideration of applicable provisions of relevant statutes, Directions by the Speaker, Lok Sabha (Directions 120 and 121) and several past precedents repeatedly followed for the last nearly 60 years which have been based upon decision taken by many eminent Speakers in the past, it has not been found possible to accede to your request.”

It cannot be gainsaid that recognition of the role of the opposition is the hallmark of parliamentary democracy. As mentioned earlier, the Westminster model has given it the designation “Her Majesty’s Most Loyal Opposition”. In the Indian context, the LoP is not only a member of the selection committee constituted to recommend the Chairman and members of the Lokpal; he is also represented on the selection committees for the appointments of the CVC, CIC and NHRC, among others. In some of these cases, in the absence of the LoP, the leader of the single largest party—in opposition—in the Lok Sabha is taken on board. In view of all this, it would be in the fitness of things if, at least, the leader of the largest pre-poll coalition in the House is given the status of LoP. Appropriate changes in the law as well as the Speaker’s Directions may accordingly be made, insofar as the practice of recognising a “group” is in vogue in view of the Act of 1998. A small gesture on the part of the authorities will be a big leap forward towards gaining the confidence of the opposition and strengthening democratic traditions.

—The writer is a former Secretary General of the Rajya Sabha