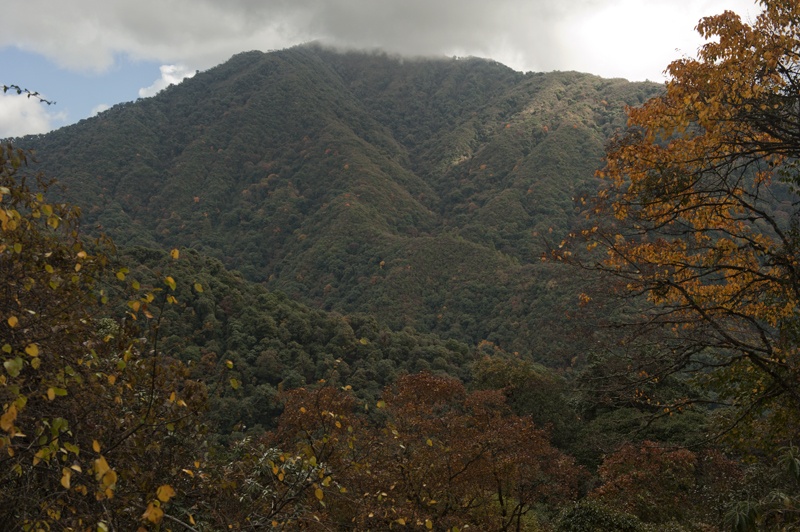 It is world of technology, world of highspeed data, world of new inventions, world of power of money and arms; is a world where we live in as human of 21st century. We claim ourselves as most powerful in all human civilization. We exploited nature, weak species living or non-living and became inhuman in daily life with increasing use and dependence of our own invention machine which we call with different names as per usage. We became rash in our decisions and actions because of reason we keep telling each other at least ten time in a day “we do not have time”. Yes, we do have shortage of time as we want to achieve every sort of power and position quickly. We are running in this race like insane and claim of making sacrifices however, all this does not satisfy our thirst for power and in this process, we have lost basic human instinct and sensitivity. We feel we do not have to be bothered actually till we have better purpose before us to prove ourselves most powerful and claim our ownership over whole universe and otherwise also human sensitivity and human touch and emotions are rarely in use as these terms which look good to be coined in books now a days.

We are proving us most powerful but to whom? ….to NATURE? ….. or GOD? …. or, to OURSELVES? We don’t know. As I said earlier, we have shortage of time we never had time to think over all these silly things. Why this question is clamorously in my mind and disturbing me? I said I do not know nor any of my fellow human being of this great Century.

Now with passage of time we have reached at the peak of Industrialization though ozone layer is damaged, we have destroyed all green lands and trees and created our own concrete jungles. Pollution is at its peak we are forced to live in gas chambers. We started getting alarms from NATURE as if something is going to take place which we have never experienced but we ignore because we have shortage of time.

We are so busy in acquiring power we do not have time for our parents, spouse, children. These are those relations about which we claim we are making sacrifices. We are trying to fill the gap of our absence with money. Now they are also used to this way of life and do not bother.

Alas!! What is this? These relations are falling apart since we never had time to understand them and let them understand us.

I heard that war is continuously going on boarders apart from the war of economic power. OH! What is this? we have started war in NOVAL way. It is not by using arms but in more complex way by using biological arms.

Now we have to keep ourselves inside closed doors we have to separate ourselves from our own clan to keep us safe. We humans have become enemy of humanity. To prove ourselves we humans have started killing human. Now we are forced to be in isolation. Everything is at halt. We can see Humanity is dying with hunger or bio arm invented by humanity is killing.

We have to give pause to our highspeed life till we get indication of safe environment. By our own action and decisions, we have caged ourselves.

In this paused life and time, I am thinking sitting on my desk… I understand our fight as human started first for sustenance and then for comfort and then we strived towards luxuries which we achieved soon with our super brain but now for what? Are we becoming powerful? Are we trapped in our own game which we started playing with NATURE? Are we facing consequences of showing disrespect by keeping our eyes and ear closed and ignoring to Alarms of NATURE?

turned towards clock hanging on wall. It is 4:30 A.M. with this I realized it is early morning. I could hear songs of happily chirping birds outside as if they were saying “we have answers of your questions”. I walked into balcony of my apartment, I felt fresh and smooth silk touch on my face. I realized it is flowing morning breeze which is giving feather patting on my cheeks and asking me “did you ever feel human touch so gentle and pleasing?”.

Beautiful birds in groups were chirping with so much joy continuously as if they are singing chorus song in celebration of victory of the NATURE asking ”did you ever find human as united as we are?”. I looked towards the sky and it was clean and its full vastness as if questioning me “did human rise so high as I am?”. I looked towards horizon I saw sun was rising in its full glory as if questioning “do you feel human more powerful than me?”. I again looked around I found trees are dancing in rhythm bird are singing and breeze playing music all together were asking “Have you find human being more beautiful than we are?”. I could see long vast land and vacant roads as if telling me “this is my territory do not claim ownership over it”. NATURE was telling “I have been very gentle to humans. If you, humans calm down

and be part of me I will take you to unlimited HEIGHTS, I will give you limitless VASTNESS, GLORY and stunning BEAUTY or I will destroy”.

I felt very ashamed of human actions and decisions. I felt very short in stature and weak in front of silent NATURE. I realized power of calmness. I realized power we claim to have acquired is false and has no basis without the world around us. We humans are co-travellers in this world along with other species living and non- living being. We can sustain ourselves with them but not by destroying them.

—The author is Advocate-on-Record, Supreme Court of India