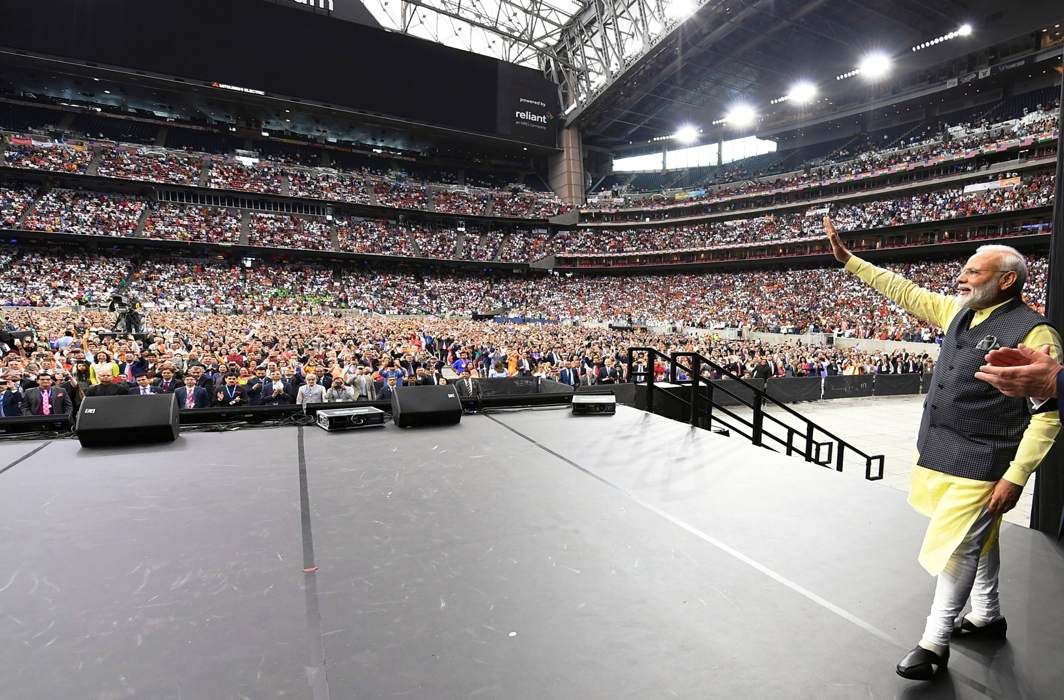 There’s a debate raging on twitter on whether Narendra Modi is the only Indian leader capable of attracting such huge crowds, as was witnessed in Houston on Sunday. The irreverent and twitter-happy Shashi Tharoor responded with a photo of Nehru being greeted by huge crowds while on a state visit. The trolls reacted by saying that the photo was taken in Russia where the authoritarian regime ensured that people lined the streets to welcome visiting VIP’s, worthy or not. In India, while claiming to be a democracy with individual choices, we too line the streets with schoolchildren from government schools who haven’t a clue who the visitor is and from what country.

But back in the USSR, I have some first-hand experience of this phenomena and it’s only partly true. I accompanied then Prime Minister Rajiv Gandhi on his first visit abroad as Prime Minister, starting with Moscow. The avenue he was scheduled to drive along on his way to the Kremlin to meet with President Gorbachev was lined with enthusiastic crowds.

What caught my eye was the huge number of young women in the crowd who were visibly excited at the prospect of seeing the young, debonair-looking leader from India. Mingling with them, I took along a Moscow-based Indian correspondent as translator, and got him to ask the young women why they were there. The answer, in chorus: “Because he is so good looking and we have only seen his photos.” The idea of seeing him in the flesh, so to speak, was incentive enough to brave the cold and come out in large numbers. The Soviet Union was going through the trauma of perestroika, and heading for an uncertain future, so Russians were experimenting with a new sense of freedom. That said, I was also with Rajiv when he visited the US, Germany and China, and protocol and security issues demanded that he be driven in a cavalcade and at high speed, so crowds were never a factor.

It was safer, from a security stand point, to meet the Diaspora in town hall like spaces which were more intimate and interactive. I saw this with Narasimha Rao and V.P.Singh on their trips abroad but Modi is a man who likes the Big Occasion, the bigger the better. It’s pretty one-sided, since he is basically preaching to the faithful from high up on a stage, but there is no doubting that US-based NRIs seems to be in sync with his muscular politics at home. From 8000 miles away, as the Boeing 747 flies, is a safe enough distance from where to applaud the hugs, the back slapping and the hype that is all part of the Modi show; part circus, part diplomacy, part showmanship and a great deal of electioneering.