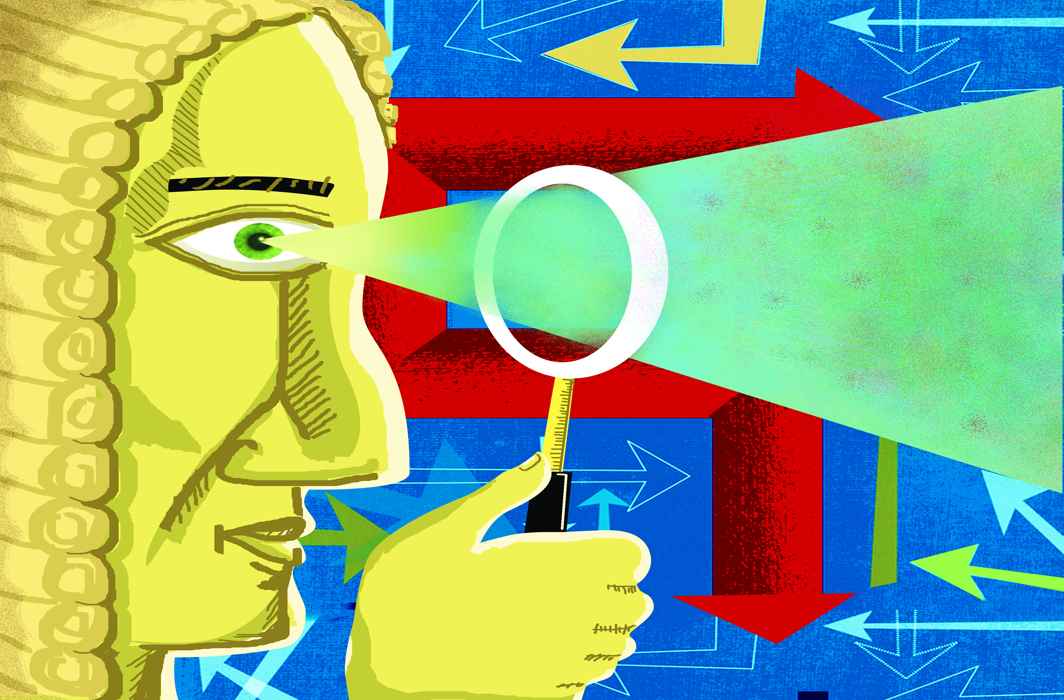 With the ever-increasing population of the country, particularly in a metropolis like Mumbai, and there being no corresponding increase in infrastructure or appointment of judicial officers, the incidence of crime has gone up. The fear of law has also reduced because the public believes that courts cannot cope with the workload of cases. One needs to call a spade a spade. In fact, in magistrates’ courts in Mumbai, cases are only adjourned and further adjourned, giving rise to the tareek pe tareek syndrome, a popular slogan in a Hindi movie to criticise the functioning of lower courts.

As a practising lawyer who started his career from the lower ranks of magistrates’ courts and who learnt the ropes of the trade from the grassroots stage, it pains me to see how the sheer workload and inability on the part of the staff of these courts to deal with it has led to justice being eluded. This is not just for the needy, old and poor, but for righteous citizens too who bolster the courage to approach the judiciary to redress their grievances. I often lament that the public seems to have lost ­fai­th in the system only because the courts cannot cope with the workload.

This is a serious problem but like all problems, it has a solution. I do not wish to simply criticise the functioning of magistrates’ courts without giving a solution as this is not only unhealthy but unwarranted. But there are ways to improve their functioning and to instill faith in the judiciary.

To start with, there are far too many cases on board on a daily basis in magistrates’ courts. The whole day is spent in taking a roll call of cases. Valuable judicial time is thus wasted in performing a drill which is an administrative function that can easily be performed by judicial clerks. It is advisable that these clerks take this roll call every day for an hour before the magistrate actually presides. This will ensure that those cases which are not slated for that day are adjourned to a date when they are likely to proceed. The magistrate must start the process of recording evidence the moment he presides and not waste a second on roll call.

It is also important that the mandate of Section 309 of the Criminal Procedure Code regarding day-to-day trial be scrupulously followed in both letter and spirit. The magistrate must fix a schedule for a case the moment it is opened. Both the prosecution and the defence must be strictly issued notice on this so that they comply with the schedule. If they fail to follow it, they will be solely responsible for the consequences. The purpose of this is to ensure that at least the first session of the day is devoted entirely to recording of evidence, while the second session can be reserved for remands, bails, return of property applications and other miscellaneous work. Once this miscellaneous work is over, the process of recording evidence can be continued.

My reason for suggesting this is to ensure that judgments are pronounced at the earliest and within a couple of days of the opening of a case. This will send a signal to the public that justice is being delivered and that crime does not pay. Howsoever rich or poor a litigant is, he will begin to respect courts and fear them.

The current system of random functioning without following the above mentioned goal-oriented approach sends out the reverse signal—courts are taken for granted and it takes decades to get justice or to complete a case. With the pronouncement of verdicts at a quicker pace and a clear message being sent out that trials, once opened, will not be adjourned till completion, litigants will realise the seriousness with which courts operate.

This exercise in self-realisation will be an effective teacher and develop a sense of honesty as there will be fear of being punished. Many cases, particularly under the Negotiable Instruments Act, will be compounded and settled. These cases account for the maximum workload in magistrates’ courts and any reduction in them will be most welcome.

As far as police cases go, a separate court in each centre must be assigned only for undertrials. Poverty and the lack of means to obtain bail are the reasons for undertrials languishing in custody. There are other cases where on account of the seriousness of the charge, an accused is denied bail by even superior courts. It is of utmost importance that such persons are tried at the earliest and justice is not delayed. By delaying the hearing of undertrials who are involved in serious offences and are refused bail, the danger of tampering with witnesses and documents increases manifold. This is the worst thing that can happen to our system.

Delay in commencing or concluding cases of such persons also gives them fresh ground to apply for bail only because work in magistrates’ courts is not distributed well. Consequently, justice becomes a casualty. This is not acceptable.

Hence, it is high time that there is a thorough overhauling of the method whereby cases are distributed in magistrates’ courts and how the daily roll call is done. This is the need of the hour.

There is also a dire need to ensure that magistrates are sensitised about these issues so as to prevent a total collapse of the system. At least like-minded persons need to ponder about the problem and provide similar solutions. Otherwise, the entire justice system is in serious danger of collapse. If that happens, it will result in failure of the rule of law and paralyse the system.

—The writer is an advocate in the Bombay High Court, practising on the criminal side