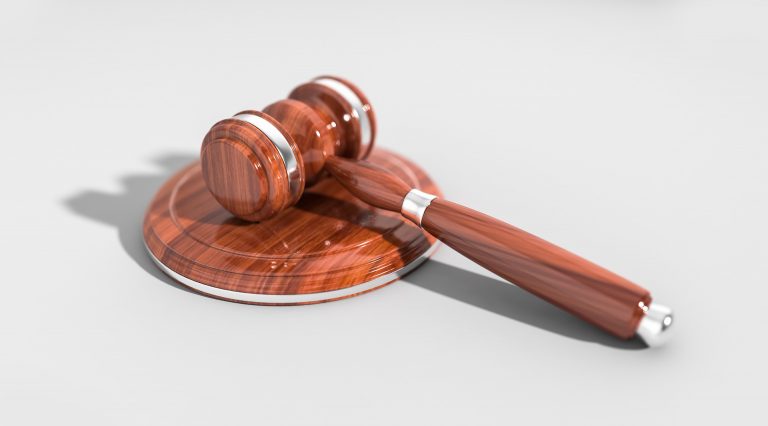 (1) If, in any case under this Chapter in which a charge has been framed, the Magistrate finds the accused not guilty, he shall record an order of acquittal.

(2) Where, in any case under this Chapter, the Magistrate finds the accused guilty, but does not proceed in accordance with the provisions of section 325 or section 360, he shall, after hearing the accused on the question of sentence, pass sentence upon him according to law.

(3) Where, in any case under this Chapter, a previous conviction is charged under the provisions of sub- section (7) of section 211 and the accused does not admit that he has been previously convicted as alleged in the charge, the Magistrate may, after he has convicted the said accused, take evidence in respect of the alleged previous conviction, and shall record a finding thereon: Provided that no such charge shall be read out by the Magistrate nor shall the accused be asked to plead thereto nor shall the previous conviction be referred to by the prosecution or in any evidence adduced by it, unless and until the accused has been convicted under sub- section (2).” (emphasis supplied)

(1) If the Magistrate, upon taking the evidence referred to in section 254 and such further evidence, if any, as he may, of his own motion, cause to be produced, finds the accused not guilty, he shall record an order of acquittal.

(2) Where the Magistrate does not proceed in accordance with the provisions of section 325 or section 360, he shall, if he finds the accused guilty, pass sentence upon him according to law.

(3) A Magistrate may, under section 252 or section 255, convict the accused of any offence triable under this Chapter, which from the facts admitted or proved he appears to have committed, whatever may be the nature of the complaint or summons, if the Magistrate is satisfied that the accused would not be prejudiced thereby.” (emphasis supplied)

Further the differentiation between Judgements and orders gets further amplified from the use of different terminology in Section 232 and 235 of the Criminal Procedure Code, 1973. For a ready reference the said provisions are quoted as under –

(2) If the accused is convicted, the Judge shall, unless he proceeds in accordance with the provisions of section 360, hear the accused on the question of sentence, and then pass sentence on him according to law.

A bare perusal of the aforesaid provisions clearly shows that the Code of Criminal Procedure,1973 clearly differentiates between Judgements of acquittal and Orders of Acquittal. While Section 378 of Cr. P.C. does not take into account Judgements of acquittal, it only refers to Orders of acquittal which can be appealed against. This is a serious haitus in the Code that requires to be rectified as a conjoint reading of Section 372 and Section 378 would clearly indicate that apparently there is no provision to challenge Judgements of acquittal and hence the same would not be maintainable because unless a appeal is specifically provided for it does not lie. The consequential drastic effect of this is that only a revision would be maintainable and in revisional jurisdiction it is impermissible to convert an Order of acquittal into conviction by virtue of Section 401 (3) of Cr. P. C. 1973. Consequently there is an urgent need for a legislative amendment in Order to fill up this gap.